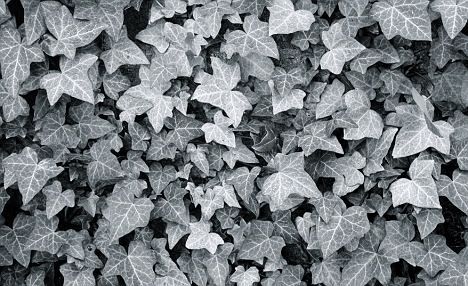 The politics of ivy

“They have learned nothing – literally nothing” David Cameron

David Cameron’s criticism of Labour captures the broader frustration of many listening to the political parties play benefit bingo over the last few weeks. Shirkers – check; something for nothing – check; hard-working – check; tough – check; work that pays – check. Think you’ve heard it all before? You have. Not only has it all been said, but much of it has been done, and evaluated, and those evaluations have been published, analysed…and then ignored by politicians instead of used as the basis for thoughtful decision making.

Instead we have policy by sound-bite, which is a bit like ivy – it may look appealing but let it take over and the impact is potentially disastrous and expensive to rectify.

The width and depth of social research and statistical data available to policy-makers in the UK provides a solid base from which to consider policy and implementation strategies. Yet too little of this finds its way into political discussion. Listening to political discourse on unemployment, benefit claimants and work over the past year, ‘learning’ does not appear to have been a priority.

The experience of unemployment, of work, and of moving between the two does not exist in an evidence vacuum. However, as the list below shows, it often seems as if that is the case.

1. Statistics are conflated, misused and or placed out of context, acting as cheerleaders rather than informers for important decisions. This came to a head in May with the head of the UK Statistics Authority reprimanding Iain Duncan Smith for a statement ‘unsupported by the official statistics’.

2. Programmes that work (for example, the Future Jobs Fund) are dismantled. Evidence on workfare, whether domestic, international or historical is sidelined, ensuring that the possibility of success for programme participants is diminished.

3. ‘Tough’ is consistently used as a synonym for ‘effective’. They are not the same thing. It is unclear how the complexity of issues that underpin worryingly high levels of youth unemployment will be addressed by benefit removal for under 25s, or how any job churn and negative impacts on wages that occur as a consequence will be mitigated.

4. There is a point at which reduced budgets will have an effect on the ability of a programme to serve the target population in its entirety, institutionalizing creaming and parking. Praising a programme for offering value for money when the reason it has under-spent is poor performance is bizarre.

5. Building good work habits is an important part of the return to sustainable work, particularly for those furthest from the labour market. Daily 8-hr long signing and jobsearch sessions at the Jobcentre is more likely, at best, to inculcate ‘presenteeism’, which employer bodies see as a drain on productivity or, at worst, to ingrain low self-esteem and exacerbate poor mental and physical health.

A considerable amount of research data, particularly that on the value of specific interventions, has been compiled or commissioned by DWP and funded by the taxpayer. Wasting such a valuable resource should be condemned forthrightly. Collective evidence and collective experience is being wasted in the rush to design populist ideas on a whim.

It’s like deciding to buy a house, paying for a full structural survey, ignoring the issues it identifies, and then building an extension on walls, that (had you read the report you would know) are not strong enough to hold it up. In welfare-to-work the situation is exacerbated by the use of combining Payment by Results and price competition, with underspend lauded as ‘value for money’ rather than failure to deliver. Much like painting over the cracks and hoping no one looks close enough to notice.

It should go without saying that data and evidence can be interpreted differently, and there are certainly many and varied arguments to be had about the best ways to address entrenched social exclusion. But that is not what is currently happening. The issue is not one of interpretation – it is one of disregarding evidence and, more concerning still, taking pride in that position.

No responses to “The politics of ivy”