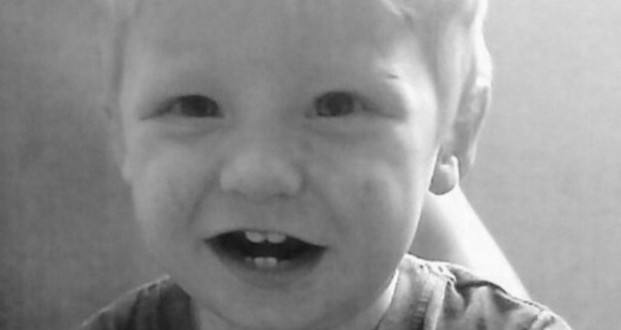 Keanu Williams - some reflections on the Serious Case Review

Coverage of the Keanu Williams Serious Case Review report has focused on the problems being experienced by the Birmingham Children’s Services Department. The BBC highlights the rapid changes in senior managers in the department, with the interesting, if possibly irrelevant, detail that one was paid £1,000 per day! http://www.bbc.co.uk/news/uk-england-birmingham-24332978

There seems to be a sense of despair. Birmingham, Europe’s largest local authority, seems to be lumbering towards yet more child protection disasters.

It almost goes without saying that there is a chronic tendency to fail Ofsted inspections. http://www.ofsted.gov.uk/local-authorities/birmingham

None of this comes as news to anyone who has been watching Birmingham even casually for the last few years. As long ago as 2009 I reported in this blog that an audit of case files in Birmingham found that child care planning and practice was “unacceptably poor” in 53% of cases, “acceptable” in 39% and “good” in only 7%. Services for children in need were said to be “sparse”. http://chrismillsblog.blogspot.co.uk/2009/10/more-detail-on-birmingham-scrutiny.html

These considerations make it all the more surprising that Jane Held of the Birmingham Safeguarding Children Board – and I suspect many other senior people connected with child protection in Birmingham – chose to respond to the serious case review with such an old-fashioned rotten-apples-have-been-rooted-out approach. Not for her any consideration of the fact that Birmingham Children’s Services is a failing, and probably toxic, organisation. Rather her press release states:

“Keanu died because people missed opportunity after opportunity to intervene, and do something decisive to ensure he was safe and properly cared for. Some staff did their best for Keanu but some staff did not comply with required practice, processes and procedures. Those staff have already been held to account for this by individual agencies.”

So mostly it is individuals who are to blame and had people followed ‘required practice, processes and procedures’ the tragedy may never have happened: I don’t think so!

Another paragraph in this press release also annoyed me. Jane said:

“It is absolutely clear that if everyone had known what others knew there may have been a very different outcome. Children are best protected when there are local networks of competent confident professionals working together to share information. This enables them to build relationships, share responsibility for the situation, critically challenge, assess the information they have and to plan action collectively to support children, young people and their families. When there is a risk of significant harm, they would then be able to act decisively.”

I wonder if Jane has ever heard of hindsight bias (http://en.wikipedia.org/wiki/Hindsight_bias) and I wonder if she understands the nature and extent of those problems in the Children’s Department that her Board is supposed to hold to account? I found myself agreeing with the frustration of Jackie Long who – writing about the Hamzah Khan tragedy in her Channel 4 News Blog - said:

‘By now we can all close our eyes and take a guess at what serious case reviews will say. There needs to be “more communication”, a “multi agency approach” and – I almost scream as I write – “better sharing of information.”’

I found the Keanu Williams Serious Case Review report itself (http://www.lscbbirmingham.org.uk/) very frustrating. It was full of information but I struggled to be informed. There seem to be two big unexplained ‘whys’. Why did a child protection conference not put Keanu on a Child Protection Plan when there was ample evidence that he was at risk of significant harm? There is no explanation in the SCR report although some of the events surrounding the decision are described.

The second ‘why’ is why didn’t the nursery staff refer Keanu to Children’s Social Care when they observed suspicious bruising? We are just told they accepted mother’s explanations. Maybe there was a history of problems in making referrals to Children’s Social Care, or maybe there were conflicts between different people in the nursery, or maybe training had been poor. Perhaps there was a management system that made referral difficult and stressful. Who knows, because the Serious Case Review does not tell us?

Like the Daniel Pelka report, this report – although containing sections headed ‘analysis’ and ‘lessons learned’ – does not aspire to the systems model proposed by Eileen Munro and SCIE (http://www.scie.org.uk/publications/ataglance/ataglance01.asp) . It never seems to get behind mounds of detail to identify causal factors or even to explore possibilities.

It all seems very frustrating. Two more children – Daniel and Keanu - seem to have died needlessly and we seem to have advanced our state of knowledge of how to avoid a repeat performance by not one jot. It is difficult not to despair.

In other words the best way forward from this juncture is to change the culture, not the procedures or the personnel or the computer systems or the law. For an authority like Birmingham, I think this does presuppose some immediate triage work to remedy the staff shortages and high turnovers and to stabilise the lurching services and haemorrhaging resources. But thereafter I see the solution as being one of opening minds, including those at the top, to new ways of thinking. Improvement will come not from kicking people out or revising the rulebook. It will come from an increasing awareness of how human factors interact with organisational safety.

The day that people working in Birmingham, and elsewhere, begin not to think about watching their backs, and begin to think about what improvements they can make today and tomorrow to make the service they offer safer and more effective, will be the day things turn around.