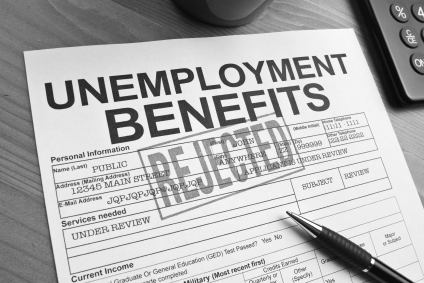 The poisonous politics of reducing unemployment

Posted in
Originally posted on A Dragon's Best Friend

The speech has not even been delivered yet people are angry already.

There’s a thin line between passionate politics and poisonous politics. The problem with the latter – as much reported with the media storm around Damian McBride’s book – is that you can get caught up in the poison and completely lose sight of the politics. Politics remember, is supposed to be how we solve problems without having to resort to war and violence. I say ‘supposed’, but these days it feels like we’ve moved away from politics and more towards an ‘outsourcedocracy’. See Prof Colin Hay’s book Why We Hate Politics on how we got here.

At the time of blogging, he’s not yet delivered it. It’s been trailed in the mainstream media and as a result, social media has jumped onto those snippets that have been released and torn them to shreds. As systems and processes go, this is the political system not having caught up with social media use. Personally I think embargoes like this are obsolete. Make the speech and release the transcript afterwards. Let people comment on the content direct rather than the snippets chosen by the special recipients that will play a spun line.

More measures against the unemployed

I can’t help but feel that there is too much wilful blindness across the piece. It’s as if the political class in its entirety have never experienced what it’s like to be unemployed. (I have – see here). The problem with the Westminster political mindset is that ministers tend to resort to the only two levers they think they have – legislative and fiscal. Or rather, passing laws/regulations or tax/spend. Not nearly enough thought it seems goes into the best systems for delivery. Again here it seems to be ‘in house’ vs outsourcing.

Now, according to the trailed news item (see here), the Chancellor is cracking down on ‘jobless costs’. In the mindset of Whitehall, the way to do this using the levers you have power over involve setting an artificial target, and do everything in your power to hit it. Success is then measured on how close you hit that target. The problem with targets as Labour found, is that they can both be ‘gamed’ (see school league tables) and have unforeseen consequences. If you’re living in sub-standard housing, cancelled benefit payments could mean not being able to heat the property – which then has knock on health impacts…which ultimately land back as a cost to the state.

Where are the jobs?

I keep coming back to this article written by Frances Coppola on Bifurcation in the labour market. It’s worth a read.

Are we measuring imperfect variables?

i.e. Should we be measuring far more than unemployment and claimant count numbers? Labour markets are very complex things – far more complex than the media and politicians publicly acknowledge. With headline figures, it’s very easy for politicians to bluster through short interviews and pretend that the economy is getting better, when really for too many people it isn’t and/or never was. For me this applies irrespective of political party.

There are a number of other variables that I’d like to see researched and debated in more detail and at a higher profile. These include:

In anycase, economists will tell you that the welfare state also acts as an unofficial minimum wage too. However, the increasingly draconian measures being suggested by politicians seems to ignore both the lack of jobs in various parts of the country, and the skills mismatches in others. Cambridge is a classic case for skills mismatches because the vacancies tend to be more specialised. It’s not simply a case of throwing unemployed people at vacancies. Training and specialisation costs time and money. That money in particular has been transferred to the employee, who has to incur the costs of retraining as state funds for such things have dried up. For me, that is one of the big barriers to mobility in the labour market: costs of retraining. What’s the point on having more loans when people are already up to their neck in debt from their days at college and university? I still haven’t paid off my undergraduate loan but effectively came to the end of my first career a decade after graduating. More loans to retrain simply isn’t an option – especially given my health.

A job? A career? A profession? A vocation? A lifestyle even?

Paul Bernal talks about the ‘hard working people’ slogans loved by politicians in his blogpost here. The reason why politicians use this phrase is because their polling and research has identified this phrase as one that voters in swing seats is one they are most likely to identify with. Just because a policy might chime with floating voters in swing seats does not necessarily mean it’s good public policy. But then we get back to the problems of our voting and political system which is skewed towards a small demographic.

The way the state seems to view unemployment is through the prism of ‘jobs’ more than anything else. One of the biggest complaints from employers at a recent gathering I was at in Cambridge was the lack of decent careers guidance for young people. (The well-regarded Connexions service being a victim of the cuts). The problem I have with ‘business spokespeople’ (and I told them this at the event in Cambridge – see here) is that they speak as if young people in particular are there to be this finished product for them to do as they wish, without engaging more closely with the schools and colleges.

From a political standpoint, if ministers can pin the blame of unemployment on the unemployed, it lets them off the hook – especially if it’s in a climate where there are few jobs.

But then there’s also a wider global picture. This in part was touched on by Ed Miliband in his speech about not being able to compete with very low paying developing countries. This is where the even bigger picture of how the global economy is structured kicks in. What would the UK jobs market look like if, through the auspices of the EU, goods not manufactured to the working and environmental conditions required by firms located within the UK, were banned from import? Would that help create more manufacturing jobs closer to home? Would it reduce jobs in retail or in freight movement? Would it improve working conditions in developing countries, reducing the chances of catastrophes like this one I blogged about?

My take is that mainstream politicians are avoiding answering the really difficult questions. I wrote about this in detail here. The easier political answer to the unemployment issues is to pull the fiscal and legislative levers. Pull the latter, making conditions more punitive in order to reduce expenditure – which is the former lever. And job done. Only it isn’t.

Because those in longterm unemployment are likely to be dealing with other issues too. Health, skills, housing, family breakdown to name but a few. This then brings us back to the challenge of how best to deal with people facing multiple problems. Is there a better model than existing job centres? In Cambridge, personally I have issues with the city council’s main customer service centre that deals with housing benefits, and the job centre not being co-located.

What about the community work and intensive programmes mentioned?

This is a ***very delicate*** policy area – one that could work brilliantly if handled well but could be catastrophic for it and volunteering programmes that have nothing to do with this policy if handled badly. The reason being that there are a number of different groups and initiatives running similar things. Think of groups of people clearing up undergrowth in a neighbourhood. They could be:

If community work or intensive programmes are going to be brought in, far better to give people an incentive to go on them rather than threatening them with a stick. When I was with the Prince’s Trust over a decade ago, one of the biggest incentives for people being on the programme was that they would not lose their benefits for its duration. They also had the support of Prince’s Trust staff to help sort out issues with job centres that inevitably arose as not everyone there was familiar with the programme.

On the intensive programme, what I’d like to see is ‘dignity’ being an overarching theme. Running such a programme is not easy at all – it takes the patience of celestial winged creatures to work with some of the participants. Also, getting employers to sign up and guarantee at least an interview with those that complete the programme could go a long way.

It would be nice if politicians and the media could talk about giving people back their dignity, and giving them hope in an increasingly uncertain world.

Courtesy of Puffles at A Dragon’s Best Friend

No responses to “The poisonous politics of reducing unemployment”