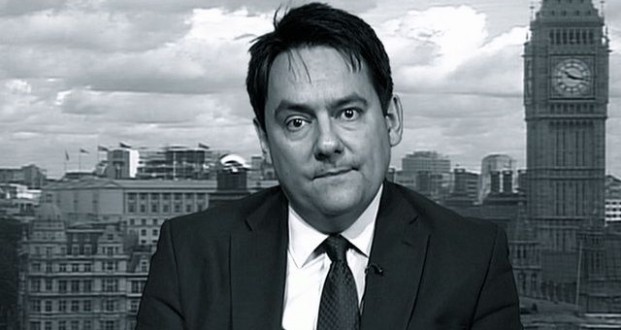 Posted in
Originally posted on Scenes from the Battleground

Sometimes events move faster than expected. I had been planning to write a blogpost about the responses to the recent changes in how exam resits will be reported, a major part of which would have been about this TES article written by (then) Shadow Education Secretary Stephen Twigg. However, now I see that Stephen Twigg is moving on from the post I’m going to comment on it as an example of all that was wrong with Twigg’s approach to the post.

The article complained that the changes were a “back-of-the-envelope” plan which was made “on the hoof” without listening to teachers and rushed in. At one level I was not much impressed because I think, on balance, that the changes are for the best. Early entry had been out of control and this seems a good way to deter it. However, I can see that this change has been made at the last minute and plenty of schools who were in the middle of gaming the system were thrown into panic because of it. I can certainly see the argument that it could have been put off for another year. While I don’t agree with that objection, I don’t consider it unreasonable. What wound me up was that despite his complaints that Gove was acting too soon, and presumably should have left it until next year, Twigg had been complaining about resits when last year’s results came out, for instance in this article entitled “Multiple entry is making a mockery of the GCSE system. Michael Gove needs to clamp down“. So Twigg managed to go from complaining in August that nothing had been done about there being too many resits in the academic year 2012-2013 to complaining in October that doing something about resits in the academic year 2013-2014 would be too hasty.

I wish I could say this sort of incoherence was a rare error from Twigg, but, as I described here, he had a habit of opportunistically joining in with criticisms of Gove. This was not the first time it had led him to undermine the opinions he’d already expressed. As I mentioned there, he had also backed the regrading lobby over the English GCSE despite having previously declared that grade inflation was a problem and flirted with phonics denialism despite having made speeches about basing policy on evidence. Twigg never seemed to lay out a coherent agenda of his own, so when he criticised Gove he was usually simply following somebody else’s line of attack without actually thinking it through. At times it has seemed that Twigg would oppose Gove whenever he was right and agree whenever he was wrong. More recently, Labour’s education policy under Twigg had looked like it would be a desperate effort to resurrect the failed initiatives from the declining years of the last Labour government, like extended schools and one-to-one tuition, but without the money to actually pay for them. So it is good to see him go, and it creates the possibility of the Labour Party – my party – having a coherent education policy.

His replacement, Tristram Hunt, has had inconsistencies of his own but they seemed to be a result of the contradictory pressures of being fairly sensible about education while being part of Twigg’s team. Hopefully, he can now put forward something coherent. I would say that Gove is not an easy person to oppose, partly because Gove is sometimes very good at acting like he’s in opposition himself. It’s hard to blame Gove for the failures of the education system when Gove presents himself as a critic of that system and a weak opposition spokesman objecting to reform ends up looking like a defender of the status quo pandering to vested interests. Labour needs to have a distinctive agenda in education, and unlike the usual straws that unimaginative politicians of the left grasp at (say, vocational education or citizenship) it should be one with at least some popular appeal.

Obviously, my own agenda is going to shine through here, so I won’t try to hide it. An attack on bureaucracy might be popular and provide grounds for criticising Gove, given that performance-related pay looks like adding another layer of paperwork to the way teachers are managed. Labour should ask why there are so many bosses in schools. Discipline is an issue where Gove has had little impact and Labour needs to act to restore lost credibility here (and I’m not the first Labour supporter to point this out) although this is easier said than done. Labour needs to distance itself from dumbing down, and that means putting to bed rumours that a future Labour government would abolish GCSEs (or for that matter A-levels). The culture of consultants and other private interests interfering in education could also be challenged, why should private companies make cash out of providing poor services to schools? And, of course, if Labour want to make Gove look like he is not in control of the education system, then asking questions about OFSTED and its continued enforcement of the type of teaching Gove apparently dislikes would be the way to go, not to mention OFSTED’s seeming inability to stop child protection and financial scandals. (Ideas for what to do about OFSTED can be found here). I don’t think Labour can credibly promise simply to reverse the harm being done to pay and conditions by Gove, but opposing deregulation of the labour market for teachers can have political appeal if the priority is ensuring teachers are well-qualified to teach.

But most importantly, Labour needs to engage in education debate directly. No more setting up committees of “experts” to tell us what our policies are. No more vague promises about “evidence” that mean nothing and suggest we are refusing to spell out our values. No more seeing education as  a means to an end. Most people’s aspirations include a good academic education for their children, Labour needs to show we share that aspiration for everybody’s children.

Courtesy of Andrew Old at Scenes from the battleground