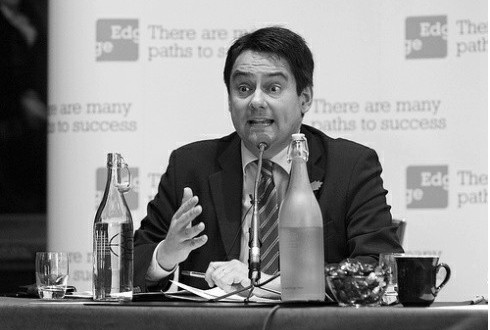 Stephen Twigg’s speech this week was long overdue. Labour have been woefully quiet on education policy, despite Michael Gove’s high profile and contentious policy agenda. It was a first chance to hear how Labour plans to position itself on education at the next election and, though lots of questions remain, there were some interesting ideas to pick through.

One of the problems that Labour has in developing its education policy is that it was them who instigated the academies programme, which Michael Gove’s free schools has extended. And whilst they may want to rein in any attempts to further commercialise our education system, they cannot easily undo the process that has led to over 3,000 academies operating in England.

I must admit to raising an eyebrow at the announcement Labour would call a halt to the free schools programme. I hadn’t anticipated this. But it’s not quite as it would appear, as although there would be no new free schools, ‘parent academies’ would be introduced. As one of the founders of a parent-led free school, I don’t really see the distinction – something that junior education Minister Elizabeth Truss was keen to point out. I can see that free schools as a ‘brand’ may be considered toxic to Labour – and to the teaching unions – but are parent academies really so different?

I think the objective – though one you won’t read in Stephen Twigg’s speech – is to turn the tap off on the growing number of commercial education providers that are establishing free schools and academy chains. Whilst Labour may find it hard to argue against parents having control over their children’s education, they may be more concerned by the dominance of the private sector within the state education system. There seems to be a silent battle starting over the introduction of profit-making into schools – with Gove apparently keen and Labour (and the unions) lining up against it….but with little explicit reference to it (yet).

Stephen Twigg was keen to emphasise the point that maintained schools should be afforded the same freedoms as academies without having to convert:

“So if a freedom is afforded to an academy and it drives up standards, that freedom should be available to all schools.”

However the key point here, in my view, is whether or not the innovation drives up standards or not. The evidence base on free schools’ performance is clearly still in its infancy and whilst there is more data on academies, there’s still relatively little. Can we be certain which innovations are driving up standards? Introducing freedoms that do little or nothing to improve standards – and may actually have an adverse effect – is not the answer…but I worry that such subtleties will be lost in implementation.

The other area of Twigg’s speech that I found interesting was the reference to local oversight and the news that David Blunkett will head up a review looking at this. A lack of local collaboration, coordination and accountability is a potential area of weakness in the current system. Whilst there is nothing to prevent free schools from being collaborative, transparent and accountable – as we have tried to show with the Archer Academy – it is currently very much down to the ethos and vision of free school founders. I believe that more could be done to embed a culture of collaboration and greater accountability to parents and the community within schools – whether maintained schools or academies. I hope that both Labour and the Conservatives will look seriously at ways to empower parents and teachers to deliver improved outcomes for pupils and communities. The potential benefits of excellent schools are not limited simply to academic attainment, or even the realisation of wider outcomes for pupils’ development. The benefits can extend to the whole community and can deliver tangible social, economic and environmental impact.

Regardless of whether we get more free schools or parent academies after the next general election, my overriding hope is that our education policy supports parents to play a meaningful role in schools in their communities.