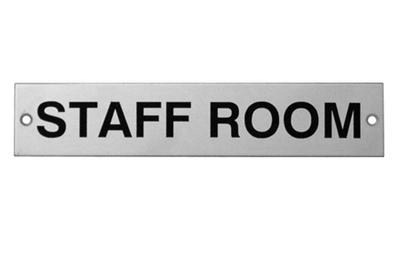 What should we do about kids who aren’t making progress?

My saviour, the school bell, lets out its victorious shriek right on time every single day. A fanfare for the overworked and underpaid: its cheery song bestows a triumphant feeling of glee and exultation upon those still clinging to the last fragments of their sanity, congratulating them for having made it through another day.

Except for Wednesdays. Every third Wednesday, the bell’s ominous toll tells me that I must immediately descend the staircase and make my way into the chamber of doom that is the location of my (ostensibly important and useful) middle management meeting. This bureaucratic dungeon overflows with broken lever arch files and piles of paperwork; it is a place where light dares not to enter, a place where children are numbers and nothing else, a place where middle leaders shrivel up under the heat of fluorescent light bulbs. The walls are covered in the timetables of years past, the cupboards replete with SATs papers from the late 1990s, the boss’ coffee machine drips away in the corner. I charge through the door in a fluster and am greeted by a senior leader who chooses to employ a toothy grin and an encouraging nod as he tells me to pull up a chair and help myself to a cup of coffee.

I am not the first to arrive: a few others have got there before me. We exchange glances of solidarity as we await the ever-unpredictable outcome of our latest trial. I notice beads of sweat forming on the brow of the Head of R.E. He told me this morning that his target kids haven’t improved this week and that he was expecting a tsunami of unanswerable questions in the meeting as a consequence. I assured him that he was not alone: my traffic lighted spreadsheet was presenting me with a stubborn sea of blood red.

The first item on the agenda of this week’s Kafkaesque nightmare was our all time fave: progress of FSM and SEN pupils. Armed with nothing but a list of excuses and a scanty improvement plan provided to me by my head of department an hour earlier, I took a deep breath and awaited my fate. This week’s meeting would be harder than usual; the Head of English normally comes along and he does most of the fighting as I sit back and avoid eye contact with people. He says he brings me along for my professional development, and because there are some things that are delegated to me that he knows little about, but part of me thinks it must also be because he wants an ally. This week he couldn’t make it; I think it’s fair to say that my fear was palpable.

One of the senior leaders in the room turned first to the Head of R.E. and began his machine gun round of questions. He ducked and dodged a few bullets, but it was at the moment when he had to mop his moist brow that I knew that we were about to be a man down. Mr. Flack, the SLT member in charge of data pointed out that several year 9 pupils had gone from a 4b to a 4c since the last data entry cycle, and he wanted to know why. To be fair to the Head of R.E., he put up a good fight, arguing that learning isn’t in fact the linear process that SLT seem to presume it is, that the reason for the dip was a consequence of a change to a more complex topic, and that it would balance out over the whole year.

This wasn’t really what they wanted to hear: it was time to move on. They turned and reloaded, ready to launch the next wave of their attack on another victim.

My response was idiotic. I gave a toothy grin and a little wave as I said “hi!” in a worryingly high-pitched voice. What an oaf! Anyway, this is how the conversation went, from what I can remember:

“What are you doing about the kids who are both FSM and SEN?”

“Why aren’t these non-attenders making progress?”

“What intervention is in place for the School Action boys?”

“Do all teachers know who they need to target?”

It was pretty exhausting. I didn’t say anything particularly enlightening; I just gawped at them like a drunken goldfish.

At the end of the meeting, the other bedraggled middle leaders and I stepped outside into the corridor and breathed. I felt like I had just got off a ride at Thorpe Park. I was half expecting to exit via a gift shop, picking up a souvenir photo key ring of my expression of abject fear along the way.

Should meetings really be like that? Should teachers really be made to feel like they have to prepare their answers or come up with excuses for data when they know it is often due to things so far out of their locus of control that there is nothing they could do about it even if they wanted to?

Supposedly, the solution is to ‘target’ underachieving pupils in lessons. I didn’t have the nerve to express this in the meeting, but I am fairly confident that asking an FSM child more questions will do little to help him to make more progress. This is an overly simplistic, reductive view of the problem. In reality, the reason a child falls behind is so utterly complex that the mind boggles just attempting to contemplate it.

These are not meant to be excuses: they are merely explanations. Understanding why children don’t make as much progress as we would like them to is far beyond the reaches of most of our intellects. It is a rich and complex tapestry of problems, barriers and issues that need to be addressed.

If all we do to address them is sit around in stuffy meeting rooms telling teachers they aren’t very good at their job and that they need to do more, we are wasting valuable time. It is incredibly short sighted of any leadership team to think in this way, to think that if they continue to pile on the pressure that teachers will magically do a better job. I’m not saying this because I want an easier life, I’m saying it because I don’t think it’s remotely useful to think or act in this way.

What’s required is system level change. The gap isn’t getting any narrower, and current emphasis on data and levels of progress is a distraction from the real issues. Teachers are over worked and feel pressured to conjure up results from nowhere, meaning that they can’t actually dedicate their time to what matters most: the kids.

No responses to “What should we do about kids who aren’t making progress?”