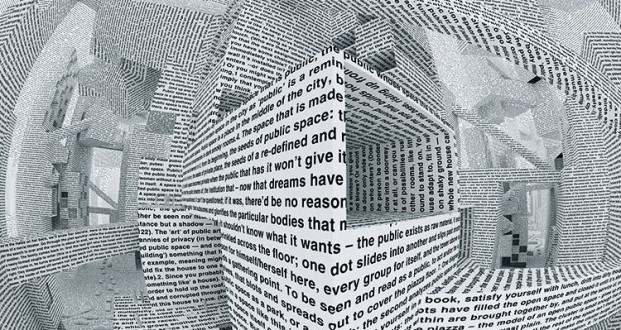 Ways of extending the welfare state to the poor

‘Words make things, because they make the consensus on the existence and the meaning of things’ said Bourdieu and the language that is often used to discuss the causes of poverty and the circumstances of people in poverty has helped to construct an apparent consensus amongst certain sections of the population that people on low incomes are ‘masters of their own misfortune’ as Bowley noted, way back in 1915.

So, the need to re-frame the debate or change the rhetoric is often discussed at present. Part of the problem, in my view, is the ‘sloganization of social policy’ outside of academia, which leads to politicians framing the discussion as being a problem between ‘shirkers and workers’, ‘strivers and skivers’ and ‘hard-working families’ vs ‘troubled families’. We also have their ‘lackey intellectuals’ talking about ‘dadlessness’, ‘welfare dependency’ and ‘benefit ghettos’. Titmuss argued that:

Generalized slogans rarely induce concentration of thought; more often they prevent us from asking significant questions about reality. Morally satisfied and intellectually dulled, we sink back into our presumptive cosy British world of welfare’

But what if generalized slogans could induce concentration of thought? What if, instead of trying to beat the sloganization of social policy with reasoned arguments, we joined in the fun? Here’s some suggestions (some old and some new) to get the (dumbed-down?) discussion going….

Illth – a term used by Ruskin and others to highlight that much of what passes for ‘wealth’ is actually no such thing and the concentration of economic power in the hands of small number of individuals and families is a social illness, not something to be celebrated:

Whence it appears that many of the persons commonly considered wealthy, are in reality no more wealthy than the locks of their own strong boxes are, they being inherently and eternally incapable of wealth; and operating for the nation, in an economical point of view, either as pools of dead water, and eddies in a stream (which, so long as the stream flows, are useless, or serve only to drown people, but may become of importance in a state of stagnation should the stream dry); or else, as dams in a river, of which the ultimate service depends not on the dam, but the miller; or else, as mere accidental stays and impediments, acting not as wealth, but (for we ought to have a correspondent term) as ‘illth,’ causing various devastation and trouble around them in all directions; or lastly, act not at all, but are merely animated conditions of delay, (no use being possible of anything they have until they are dead,) in which last condition they are nevertheless often useful as delays, and ‘impedimenta (Ruskin, Unto the last, 1860)

Diswelfare – there is much discussion and concern about the use of the word welfare rather than, say social security but there should be no such problems with talking about ‘diswelfare’ and the ‘diswelfare state’, as Titmuss did in 1967:

The emphasis today on ‘welfare’ and the ‘benefits of welfare’ often tends to obscure the fundamental fact that for many consumers the services used are not essentially benefits or increments to welfare at all; they represent partial compensations for disservices, for social costs and social insecurities which are the product of a rapidly changing industrial urban society. They are part of the price we pay to some people for bearing part of the costs of other people’s progress; the obsolescence of skills, redundancies, premature retirements, accidents, many categories of disease and handicap, urban blight and slum clearance, smoke, pollution, and a hundred and one other socially generated disservices. They are the socially caused diswelfares; the losses involved in aggregate welfare gains.

What is also of major importance today is that modern society if finding it increasingly difficult to identify the causal agent or agencies, and thus to allocate the costs of disservices and charge those who are responsible. It is not just a question of benefit allocation – of whose ‘Welfare State’ – but also of loss allocation – whose ‘Diswelfare State’

In the same vein, we could, potentially, begin referring to what many politicians like to call ‘handouts’ as ‘bailouts’ highlighting the fact that people living in poverty are in a precarious, dangerous position. Why do banks get ‘bailouts’ whilst individuals get ‘handouts’?

The Corporate Welfare State – this leads us nicely on to Kevin Farnsworth’s work on ‘corporate welfare’ which deserves far greater coverage in social policy discussions, especially in light of recent announcements regarding Amazon getting more in grants than it pays in taxes. It was also interesting to hear Ed Miliband comparing large corporations to ‘benefits cheats’ recently, although he missed the opportunity to highlight the difference in the scale of the two problems.

Benefit philanthropy – based on the idea of ragged trousered philanthropists helping out the ‘illthy’ people in our society by providing them with cheap labour, we could attempt to turn the argument about benefit ‘cheats’ and ‘fraudsters’ – you know, the ‘scroungers’ – on its head and highlight the substantial amount of money that people on low incomes ‘gift’ back to the state through not taking up the benefits they are entitled to. This is estimated to be between £7billion – £12 billion per year – a substantial contribution to our economy and this, in a time of ‘austerity’ should surely be ‘acknowledged’ appropriately.

Tax evasion/avoidance as a lifestyle choice – George Osborne has suggested that, for some, being on benefits, is a ‘lifestyle choice’ which may be true, but the extent of this is probably greatly exaggerated and the ‘benefits’ to be accrued from any such choice are likely to be relatively small. However, tax evasion or avoidance is most certainly a ‘lifestyle choice’ and one which potentially brings with it much greater benefits.

‘Landlord subsidy’ / ‘low-pay subsidy’ – these, again, are not my ideas and readers may be familiar with suggestions to re-name Housing Benefit’ as ‘Landlord Subsidy’ to clarify who it goes to and why. Similarly, calling tax-credits and/or other in-work benefits ‘low pay subsidy’ would be a lot more honest and might lead to some employers reflecting on their business practice. It might also make employees think differently about their relationships with both employer and the state.

A new ‘behaviourist paradigm’ – much of the above links back to Tawney’s suggestion that:

‘what thoughtful rich people call the problem of poverty, thoughtful poor people call with equal justice the problem of riches’ and ‘Improve the character of individuals by all means – if you feel competent to do so, especially of those whose excessive incomes expose them to particular temptations’.

I’ve argued before, using Peter Townsend’s work in particular, that, in trying to improve the situation of ‘the poor’, we should spend more time studying the decisions and actions of ‘the rich’. In effect, and in a desperate effort to link this back to academic parlance, I think I’m arguing for a new behaviourist paradigm in poverty research and analysis, partly inspired by John Veit-Wilson who, in a recent e-mail to me, stated that ‘the only behaviours I’m interested in are the behaviours of the rich.’ So, rather than swimming against the current of public opinion which appears to believe that poverty is the result of individual behaviours we should perhaps use the strength of that current to encourage and challenge people to see where such a view ultimately takes them.

*The title of this blog comes from Richard Titmuss who suggested that we needed to look at social security and housing (‘these instruments of change’) ‘with new vision’. He argued that ‘we might then entitle our journey ‘Ways of extending the Welfare State to the poor’.