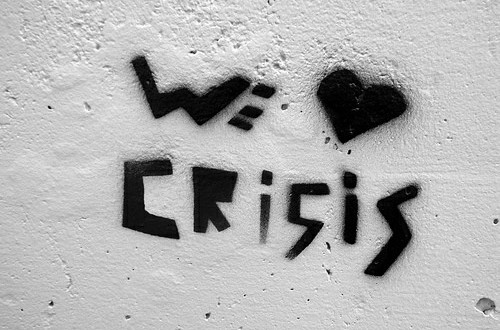 You may have seen a couple of really interesting pieces in CYP Now this week, which relate to some of the challenges of modernisation in youth work that I outlined in my last blog for this site.

The first reported on a new youth work BA honours degree starting in Derby this September, for which the syllabus will include elements of social enterprise and fundraising skills, enabling learners to be able to put together their own independent funding packages to support their youth work practice.

The National Youth Agency, whose Education and Training Standards Committee validate professional youth work degree courses, have endorsed the programme and described it as ‘ahead of the field’.

“If youth work no longer goes on in traditional local authority youth clubs, that doesn’t mean we throw our toys out of the pram and say we’re not playing any more. We have to go where young people are.”

The second picked up on a new survey from the National Youth Agency, which found that over 90% of respondents from across the schools, local government and voluntary sectors backed the role of youth work in schools. Nearly 2/3 of those who responded said they already worked in schools that partnered with youth workers.

An academy head teacher was one of several quoted in support of such arrangements:

“The benefits have been immense – a better educational experience for the students and a more positive impact on the school too.”

A battle for the soul of professional youth work?

A broadening of the curriculum. An extension of youth work into non-youth work settings.

Some in the profession might see these developments as a threat, arguing that how youth work is resourced is not for youth workers to worry about, and that youth work in schools runs the risk of undermining the voluntary relationship with young people at the core of the profession.

However as Millward starkly notes above, there is a growing recognition that local authorities have abandoned much of their youth work provision. I would encourage all those in the profession to join her in accepting this.

You don’t have to agree with it – I still believe funding youth work through local authorities represents the best chance of avoiding a post code lottery in youth services – but politically and economically there is nothing on the horizon to suggest that any return to a locally-funded statutory service is possible right now.

And so the only real choice facing those who work with young people is to protest, or as Millward implies, to redirect their energies into resourcing youth work through other channels, finding new ways to help those young people in need right now.

Youth work isn’t alone in facing up to change

Pressure to develop a more entrepreneurial set of skills is not unique to youth workers – it’s an increasing trend for those working right across the voluntary and community sector.

For many the transition is a tough one, laced with fundamental questions about the role and responsibility of the state in voluntary action.

But the prizes for those individuals and groups who manage it are significant – the prospect of a more genuine independence that comes from weaning themselves off the teat of state funding.

Not to let the state completely off the hook

However as I argued in my last blog, many sections of society need to do better in recognising the complementary impact of youth work, and increasingly chipping in to ensure it’s effectively provided in a range of settings.

The NYA survey suggests that in some schools that process is already underway. Likewise my work with NCVYS last year identified opportunities for youth workers within FE colleges, where forthcoming deregulation will allow them to attract more 14-16 year olds.

I would argue that embracing this agenda – even being an evangelist for it – far from letting the state off the hook will, in the long term, shine a more powerful light on statutory responsibilities to young people, ultimately exposing their absences more dramatically.

Time to nail your colours to the mast

The question these issues raise for practitioners and those who support them is how far do you want to go? In what other settings can youth work skills make a great contribution, and where would you draw the line?

Exploring new markets in youth work (for want of a better term) might even offer youth workers a more interesting type of career progression than open to them in the past, one largely characterised by the role of Principal Youth Worker in a Local Authority, increasing immersed in paperwork and isolated from their practice.

Rahm Emmanuel said “never let a serious crisis go to waste”. You have the opportunity here to pioneer an evolution of understanding in the role youth work can play, and for the first time in generations, to do it on your own terms. Will you take it?

Courtesy of Gethyn Williams via The Youth Sector Blog Site