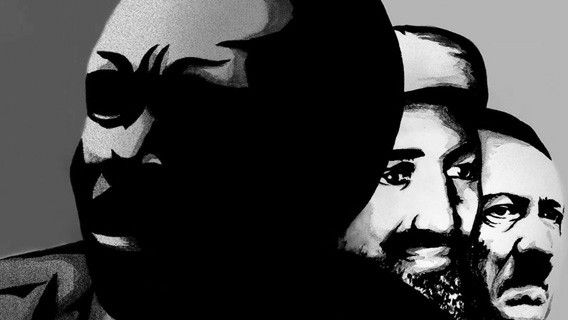 Why the #Woolwich murder is almost certainly not about #mentalhealth

Posted in
Originally posted on The World of Mentalists

The events that took place in Woolwich yesterday [Tuesday] were truly shocking, tragic and indefensible. A young man killed in the street by two individuals, apparently motivated by Islamist extremism.

Scrolling through the responses on both new and old media has been a depressing stream of bloviating blowhards, all rushing to insist that the tragedy demonstrates their own personal political agenda. We had George Galloway implying it was because of Britain’s support for Syrian rebels. There was Tommy Robinson of the EDL and Nick Griffin of the BNP, exploiting the events to stoke up their desire for a modern day crusade against Islam. Michael Moore engaged in a facile piece of whataboutery with regard to drone strikes in Pakistan. In a beyond-parody move, Toby Young claimed that this was why we need free schools. All these professional rentamouths seemed immune to any suggestion of, “It’s not about you. Just mourn the poor lad, and let the police get on with their job.”

Much more well-intentioned, but no less wrong, has been the insistence I’ve seen repeated on social media that this atrocity “must be” due to a mental health issue. I’ve even seen this suggested on Twitter by some doctors (though they weren’t psychiatrists). The bottom line though is that there simply isn’t any evidence for that.

The information coming out about the alleged killers has so far been rather scanty, but there’s been no suggestion that either of them had a psychiatric history. I don’t intend to post the footage of Michael Olumide Adebolajo bragging about his crime – I think we’ve all seen it quite enough. However, although it’s important to be cautious about saying whether someone does or doesn’t have a mental illness from a brief video clip, I didn’t see anything in it to suggest that he was psychotic. He seemed excitable and agitated, though that’s not too surprising given the circumstances. He didn’t seem thought-disordered, and didn’t appear to be responding to hallucinations. On the contrary, he struck me as giving a very clear and coherent account of why he had done this act – in other words, the very opposite of psychosis.

Also, the suggestion that it’s about mental illness doesn’t take into account the rather obvious point that there were two of them. Had they suddenly fallen into some strange folie a deuxthat gave them the mistaken belief that they support jihadism?

The suggestion that they were mentally ill seems to boil down to the idea that if people do something that the rest of society finds difficult to fathom, then the only explanation is that they’re mentally ill. One person asked me, “But would they hang around for 20 mins waiting for the police afterwards if not mentally ill?” To which the simple answer is, yes, if they wanted to use their actions to make a statement. Which they clearly did.

The brutal truth is that from the dawn of prehistory, mentally healthy individuals have done unspeakable things to each other. Roman legions slicing barbarian tribes to pieces with swords and spears…Vikings pillaging the monastery at Lindisfarne…the SS guards at Auschwitz….the highly-skilled airmen who dropped the most terrible weapon ever devised on Hiroshima. All terrible acts of cruelty, and all done by people considered the finest in their society.

You don’t need to be mentally ill to commit an atrocity. In fact, mental illness can be a severe hindrance. Just try organising a pogrom of the ghetto when you’re too paralysed by social anxiety to leave the house. All people need to do appalling things to innocent humans is a belief that the lives of a certain group of people has less value than of your group; or a belief that your cause is sufficiently worthwhile that the ends justify the means.

When you think about it like that, the greatest threat to humanity is not from people with mental illnesses, but from idealists with weaponry.

Courtesy of Philip Doré, also known as Zarathustra, via The World of Mentalists