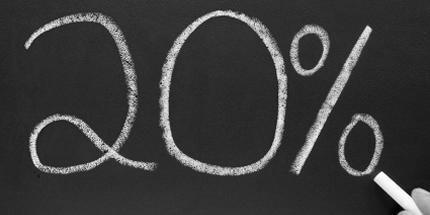 How much of policing is connected to mental health issues? - obviously you could play all day with the definitions that would have to apply to any proper analysis of that question – what do you mean by “connected”; what do you mean by “mental health issues”. And yet the question remains important even if we haven’t got time to do a quick stroll through the philosophy of mental illness and the history of semantics to agree upon some kind of standard as to what we mean …what, precisely, do you mean by “illness” and “semantics”?!

As this is a policeman’s blog – I’ve never pretended to be an academic – so I’ve given my gut instinct in the title – twenty percent.

One in five, of all demands in policing is ‘connected’ to ‘mental health issues’ …we knew that we could pull-off a claim about fifteen percent, because the Centre for Mental Health claimed this several years ago on the basis of some decent research.

I’m also happy to admit that twenty percent is very probably an underestimate of prevalence but there are various reasons why we don’t want pitch the claim any higher.

What I am counting

I keep coming up with this number when I do little spot samples of different things. At work I sometimes keep a little count of calls to which my officers are sent in an hour; the number of persons in custody at any given time; the number of people who are reported missing at any given time; the crime investigations for which my team take initial action – which may include arresting an identified offender or not – I look at the totals for these things and the number of those events which are obviously connected to mental health issues.

At least twenty percent – it keeps coming up over and over again.

Remember I talked about “failure demand“? – I try to keep a  track of that too. What proportion of these incidents become demand for the police because of other failures or inabilities in our broader “mental health system”. I include failures or inabilities in policing as well as in health or mental health related services. Failure demand in mental health jobs for the police often runs at fifty percent. This means demand that was only created because previous interventions did not occur or did not occur correctly.

These are not scientific samples: I am obviously not always in a position to be tracking this stuff for a whole shift when I am busy in my own right. I’m also certainly not attempting to track all of these things at the same time, even for just one hour. It’s during slightly quieter times that I can choose to monitor something for an hour or do a snapshot. I have to check the number of missing persons every day – there were five on the system yesterday and two had mental health issues. There are six on today and two have mental health issues. (Not the same two).

What I am not counting

Definitions are important, of course. What I don’t count in these things are straight-forward drug/alcohol addictions without additional mental health problems. So the prisoner who is a known alcoholic who becomes abusive in an off-licence and is arrested for being drunk & disorderly - I don’t include him in my “mental health” snapshot. The heroin addict who is arrested for burglary because they need to secure items to sell to buy drugs – I don’t include him in my snapshot.

Why not? – because whilst addictions are broadly regarded as mental health disorders, I want to be able to distinguish in my head between “functional” or “organic” mental health disorders and those broader disorders connected to and arising from behaviours – again, I accept this is a further definitional nightmare. I also want to be able to give the figure which emerges if I do include those broader addictions so we can compare and contrast: Forty percent.

Again, this figure can represent an under-estimate. During a previous shift I looked at the custody system which lists all currently detained people in the cells. When one looked at mental health disorders as well as alcohol or drug addicted people in custody, there were twelve in and six of them hit one of those two criteria. This is not untypical.

One big question in all of this, of course, is whether a mental health disorder or a drug/alcohol addiction is “causal or coincidental” to the events being policed. For example, if an officer had exercised a detention under s136 MHA, it would be causal to the officers actions: the police are policing because of a mental health problem (manifested in someone needing immediate care or control, for example.)

In some of the cases which fit into the dip-samples, I’ve mentioned, the presence of a mental health disorder is co-incidental to the events in hand. For example, I recall a missing person recently, who had a formal diagnosis of Alzheimer’s, but it was in its earliest stages, diagnosed only recently and it most certainly was not the reason why he absented himself from his life. On another occasion, a well-known heroin addict and prolific burglar was arrested for assault during a family argument. This argument was nothing to do with his heroin addiction or his burglary habits: both were coincidental to the events in hand.

Well, this gives rise to various questions, not least the question of why a thematic contributor to demand is not better reflected in the resources devoted to ensuring proper responses at all levels of the police. Imagine, for example, if the police put 20% of their resources into this area; or 20% of their training time? It sounds ridiculous doesn’t it?! I’m actually wondering what 20% of us would do all day, if some hypothetical Chief Constable were so bold. But we can at least say that it is worth investing in a member of staff in every local policing area as well as some at headquarters to ensure our policies, procedures and partnerships are correct.

And of course: nothing in this blog means that none of this 20% is not perfectly legitimate police business, even if it is failure demand arising from issues outside of policing. Policing exists to handle society’s “failure demand” and therefore it would be discriminatory to assume that we should exclude patients, their families and mental health issues from that.

If you are a police officer, please test the theory and let me know your percentage figure. Do several little snapshots – logs in an hour or persons in custody; crime reports generated in a day or an assessment of the jobs you are sent to in a day – just whatever your job allows you to survey. It gets interesting after a while!

No responses to “Twenty percent”