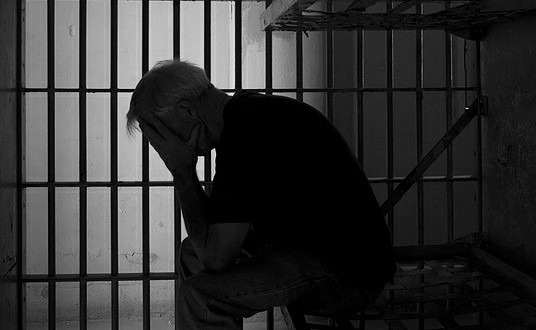 On 17th February this year, the Observer published an article in the wake of the failed “Commissioner v ZH” appeal in which it was reported that “Hundreds of thousands of pounds of public money used by the commissioner to fight this case [could have] been used to train police officers to humanely treat people with disabilities. The Association of Chief Police Officers has categorically refused to provide such training.”

On 24th February the Observer printed only part of a letter which was sent in response by the ACPO Lead on Mental Health & Disability, Chief Constable Simon Cole. The full press release has been published by ACPO:

“It is not correct to say that ‘the Association of Chief Police Officers has categorically refused’ to provide training on dealing with people with disabilities (Trauma of autistic boy shackled by police, Observer, 17 February). Dealing with vulnerable people and those with disabilities or mental health issues is embedded in officer training across the service. Restraining vulnerable people appropriately is also a central part of officers’ initial training and it is revisited throughout their career. All of this training and guidance has been reviewed and updated with the input of outside expertise from the health and charity sector in the last five years.”

I know that this is true because I wrote some of it and it has been made mandatory in many forces across the UK and embedded within other training programmes like personal safety, public order, custody, etc., etc.. Is it enough? – not in my view, but you’ve got to put my perspective into perspective, as it were.

More generally than the “ZH” case and the issues arising from it: we can always have a debate about whether some training is enough training, whether it is then used correctly and how we could make things even better – but it must be borne in mind that some of the implications of courts’ verdicts in this country are in stark contrast to medical opinion in some quarters. Only recently, the IPCC issued a formal recommendation to police forces following one of their investigations which is now causing review of whether procedures and partnerships are correct in order to respond to “excited delirium“. And yet if you try to have a discussion about excited delirium with some doctors you’ll find that the very existence of this concept as a disease-condition or syndrome is in question – some pathologists and psychiatrists going far enough to suggest that the term “excited delirium” is language which attempts to medicalise the use of excessive force by police officers.

You also have to remember that the law of the United Kingdom does not always allow a police-led response to certain situations which usually attract police attention. After I published a blog last week on “An Garda Síochána” I went to work where one of the first things my officers had to do was deal with a call from the ambulance service to “do something” about a young woman in her own dwelling who was mentally ill. She wasn’t committing an offence, she wasn’t breaching the peace – actually, she wanted to go to bed by the time the police arrived – but the paramedics’ (perfectly valid) assessment of mental ill-health led to a call for the police. Why not call the CrisisTeam or the duty AMHP? We all too often want to criminalize people experiencing mental health disorders but at least if the event had happened in Ireland, the Garda would have had at least some legal basis for doing something if the threshold for intervention were met because Irish law directly allows the police to act in private premises.

Therein lie the problems: we have mid-twentieth century laws from an era of mass institutionalisation to deal with a no-longer-newly deinstitutionalised model of mental health care which has decided, without design, to rely upon the police for certain responses and certain supports that are not necessarily possible and are often not desirable.

I was pretty appalled by the “ZH” case, if you’re interested – and I predicted on this blog and twitter that the appeal would fail.  But we need more than a debate about training – we need debate about the role of the police in our broader mental health system with clearer mandates for both the police and the health/social care organisations. We also need to consider the legal framework we’re still operating from a time when people carried ration books.

No responses to “Training day”