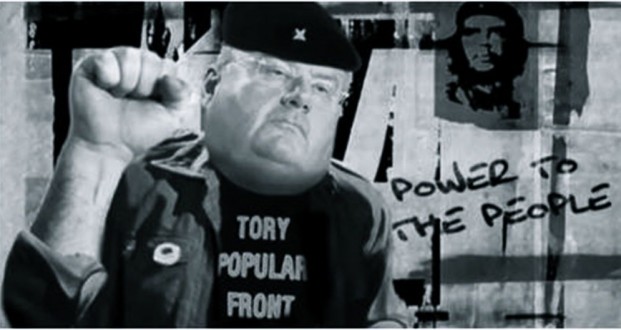 Alongside the publication of Local Authority finance statistics, came an Eric Pickles press release which – even by his standards – is grounds for raising an eyebrow over. In it he accused councils of “amassing secret stockpiles of taxpayer money”.

But not long ago the same Communities Secretary was celebrating the transparency of public funds that he was overseeing. Is it secret Mr Pickles? Then surely it’s because you’ve not done what you told us you were doing….which was making it all not so secret.

Personally, I feel that the careful and robust monitoring and statistical release of local authority financial information, makes things pretty much not secret. But maybe I use a different dictionary to the Secretary of State.

The figures do show that councils did increase their reserves by around 20% in 2010-2011 – just over £2.5bn more. Whilst £2bn is a lot of money in anyone’s book, this should be set against the £100bn that councils spend each year. So the increase is something like 2.5% of their spending being squirrelled away for a rainy day. That doesn’t sound particularly noteworthy to me.

It’s worth bearing in mind that these figures are from 2010 – at the very beginning of the financial tsunami sweeping over local government. Councils around the country knew it was coming but it hadn’t yet arrived. Hardly surprising they should try to insulate themselves from what lay ahead, is it?

In fact it strikes me as being entirely prudent to try and beef up your reserves when you know your income is going to reduce by around 50% over the next few years. If councils haven’t done so, I’d be more inclined to regard them as irresponsible.

Mr Pickles does acknowledge the need for “…a financial umbrella for those rainy days but keeping reserves at levels unprecedented in recent years should give local residents pause for thought.”

The reserve levels are unprecedented, much like the level of the cuts. And that should give Ministers pause for thought.

Unfortunately, I don’t hold out much hope of that from the Secretary of State for Communities and Local Government.

No responses to “Pickles accuses councils of, errrr, acting prudently?”