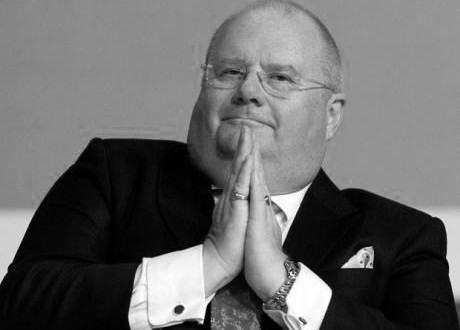 With tremendous chutzpah, Eric Pickles is slating councils who dare to exercise their democratic right to increase Council Tax (http://m.bbc.co.uk/news/uk-politics-21226239).

In so doing he makes clear the nature of the trap into which local authorities have walked by accepting Council Tax freeze grant which, taken together with the requirement for a referendum even for a below inflation increase, is the most dramatic attack upon the legitimate financial autonomy of local government since, well, the last one.

(I was going to say “since ratecapping” but in truth the downward shift in the proportion of local spending funded by locally raised revenue initiated by the Poll Tax and continued under Council Tax has probably been more pernicious in the long term).

By accepting time-limited bribes to freeze Council Tax, local authorities have - as UNISON warned (http://www.unison.org.uk/asppresspack/pressrelease_view.asp?id=2851) - created a future cliff edge, a long term budget gap over which central government could push them (and - when they did - the referendum lock would aim to force them to choose yet more savage cuts).

Incidentally, the idea that local authorities who put up Council Tax by 1.99% are somehow “dodging democracy” does as much damage to the English language as Pickles and his millionaire Bullingdon chums are doing to our society. A referendum gives voters a single choice, whereas an election allows us to choose between competing programmes. Local voters should be able to choose their council - and boot them out if they don’t like them.

Labour councils in particular face an unpalatable choice between tax rises for our supporters, who are already suffering from falling incomes, or the prospect of still further devastation of local services (the “social wage” for those suffering the most).

Unfortunately the response from Labour’s local government leadership is simply to cry out in pain (http://m.bbc.co.uk/news/uk-politics-20869246) or to retreat into fantasy (http://www.progressonline.org.uk/2013/01/16/towards-cooperative-councils/). Neither is an adequate response.

All of which makes the sensible and moderate position of “Councillors Against the Cuts” (http://councillorsagainstcuts.org/) more timely and important than ever. Pickles is playing politics with local government finance - our response should be to do (not play) better politics by developing, presenting and campaigning for an alternative to austerity.

No responses to “Don’t let them pickle local government”