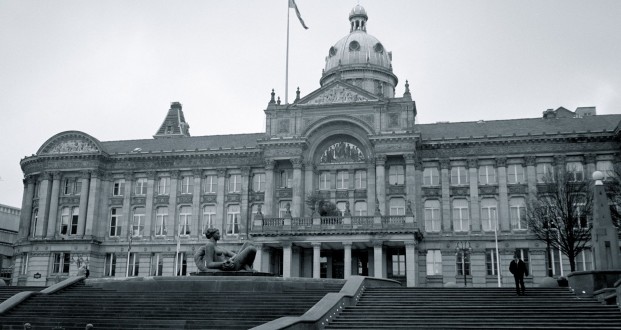 Should a consultant be a local government leader of tomorrow?

When the Guardian Local Government network announced that Rachel Burnham, from consultancy firm BDO, had won the Local Government Leader of the Future award, I must admit to raising an eyebrow and a tweet or two. I said I was surprised and rather depressed about the decision. Not because I don’t think Rachel is worthy of it – I have never met her and know nothing of her work – but because of the fact that the young local government leader of tomorrow doesn’t actually work in local government. From the comments and retweets I had, I was clearly not alone in feeling this.

Today Rachel published a blog post saying that she had been embarrassed and upset by the ‘barrage of criticism’ she had received – including a reference to my saying the decision was ‘depressing’.

Firstly I want to apologise for upsetting Rachel. I did point out at the time, and again today, that my comments were not directed at her, but at the award process, but if I caused any embarrassment or upset then I am truly sorry.

Nonetheless, I do stand by my comments and I think the decision is a depressing one. Perhaps there is some blame to be directed at the Guardian Local Gov network for allowing an award for the ‘top young leader in (my emphasis) local government’ to be someone who wasn’t ‘in’ local government.

But Rachel goes on to make a number of interesting points on her blog which I want to pick up on;

There have indeed been plenty of people saying that we need to be more ‘business like’ in the public sector and I certainly feel there are things that local government has historically not been particularly efficient in. But I am not one who accepts that commercialism in the public sector is a good thing. ‘Business-like’ has brought us global financial collapse, Enron, RBS, the BP Gulf Oil spill, Union Carbide Bhopal chemical disaster….I could go on. Forgive me, but this has given me a slightly negative outlook on being more commercial.

2)        Citing the number of non-local gov people in the LGC 50 most influential figures in local government as evidence that we are ‘happy for people to influence the sector from a number of years’.

Now I like the LGC top 50 influencers, but I wouldn’t take it too seriously – sorry Emma Maier!

But the key difference – and a sound reason for why that list is peppered with individuals from outside local gov, is that it’s about who influences local government. It’s therefore full of Ministers and Shadow Ministers, the press, policy wonks or academics. That, to me, seems sensible and legitimate. They may be influencing opinion and practice within local government, but they are not (directly) leading it. There is a difference. I’d also suggest that just because it exists, doesn’t mean we’re necessarily happy with it. I’m not saying I’m unhappy that the secretary of state for communities and local government is the most influential figure in local government – I think that’s entirely appropriate. But he is not a local government leader (at least not any more – and if you’ve not read about Eric Pickles time in local government, do check out the ‘Pickles Papers’!)

3)        “We need to change our perceptions of sector boundaries from ‘friend versus foe’ to match the current realities of local government.”

This is something I can wholeheartedly agree with. The boundaries between sectors are blurring and have been for some years and I see this as a generally good thing. As someone who has come from the voluntary and community sector, working with local government, to work in local government, I see myself as part of this process. Social enterprise and charitable entrepreneurialism blur the boundaries between the private and not for profit sectors. What’s less clear to me is what the blurring of boundaries between private and public sectors means. There are undoubtedly some positive aspects of the private sector that can benefit local government. But we also need to recognise the important differences between public service (not services, but service) and the private gain that must underpin any successful commercial company.

I do worry about the commercialisation of the public sector and the privatisation of public services – whether that’s our leaders, our service providers or our physical assets. So, if the local government leader of tomorrow is from the private sector that does concern me….particularly if it is indicative of an irreversible erosion of civic values at the expense of private profit.

No responses to “Should a consultant be a local government leader of tomorrow?”