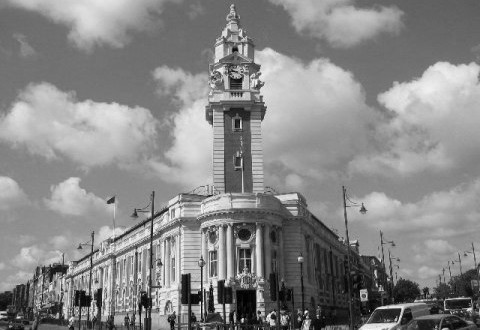 The recently published pamphlet ‘Towards co-operative councils: empowering people to change their lives’ by the Cooperative Councils Network – which I was a contributor to, may represent an important milestone in the run up to the next general election.

The Conservative Party spent a long time in the wilderness following Tony Blair’s election in 1997 and only shrugged off their ‘nasty Party’ toxicity – Theresa May’s words not mine – under the leadership of former PR man David Cameron.

The next general election will be fascinating and could determine the future of British politics for the next decade (or more). Will the Conservatives be able to gain an outright majority? Will the Lib Dems hold the balance of power for the foreseeable future? Or will Labour be able to win voters over under Ed Miliband? If Labour are to avoid a period in opposition similar to the post-Thatcher (and Major) Tories, then cooperative councils could have a big role to play.

David Cameron set his stall out for a more compassionate Conservative party with his Big Society vision. Whilst the idea never really caught the public’s imagination – and has generally been dropped from the PM’s lexicon – it did provide a core part of the would-be-Prime-Minister’s rhetoric in the general election and his first year of office.

To date Ed Miliband has seemed to want to reinterpret Big Society in a more ‘Red-ish’ hue, employing Lord Glasman to concoct a ‘Blue Labour’ narrative. Glasman’s ideas were a very obvious and direct response to Phillip Blond’s ‘Red Tory’ concept that is seen by many as the basis for Big Society. If Big Society appropriated some of Labour’s traditional ideas, such as cooperatives and mutualism, then this was an attempt to steal them back. Add to that Miliband’s more recent efforts to appropriate One Nation from Disraeli’s Conservatism, and you start to sense a pattern emerging. While this approach may have worked (very modestly) for Cameron, it’s my view that this will not cut the mustard as a response to the Coalition.

And yet, on the ground, throughout the country local authorities are quietly proving that there is another way. The essays included in Towards cooperative councils offer a broad range of perspectives on key policy areas, from housing and regeneration to education and social care. Alongside less service specific (but equally important) pieces on the role of councillors and the relationship between citizens and the state, this collection could easily be developed into a manifesto for the next general election.

In keeping with the way the future of politics ought to go, the contributors to the pamphlet are not just the great and the good from the Labour Party – I’m certainly not a member of any political party. But rather, it includes local and national leaders from within the Labour party, alongside politically independent commentators. This mix of ideas and perspectives is essential for any progressive political party, particularly one looking to develop a renewed and refreshed narrative to regain power.

Cooperation is riding the crest of a political wave right now. So it makes sense that politicians start by practicing what they preach, by collaborating with others outside their parties.

The cooperative councils network is still in its early days – as are its local authority members, who are starting out on their cooperative journeys. Nonetheless, my experience at Lambeth and reading about the progress made by other coop councils, leads me to believe there is much that Whitehall can learn from the quiet revolution taking place in local government up and down the land.

Will Ed Miliband learn from the cooperative councils? Well he wrote the foreword to the pamphlet, which may or may not count for anything. But if he continues to try and mimic the Conservatives, I fear it not end well for him.

Courtesy of Toby Blume via random musings from civil society

No responses to “Cooperative Councils - the blueprint for Miliband’s Labour?”