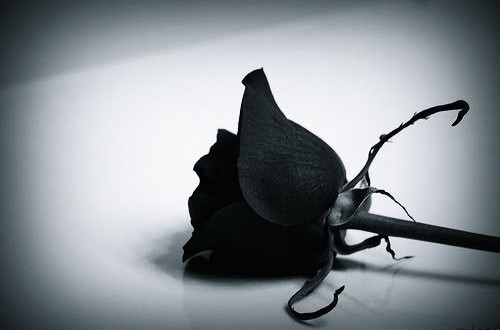 An angry rant… about workfare, Labour and politics…

I’m angry. I haven’t been this angry for some time. The trigger for this anger was the appalling behaviour of the Labour Party, led by Ed Miliband and Liam Byrne, in allowing the fast tracking of the bill enabling the retrospective rewriting of the Workfare rules, but in truth this anger has been growing for a while. It’s an anger born of frustration and disappointment in the behaviour of our entire political elite – but in particular the Labour Party.

The Tories are substantially behaving like Tories, and the Lib Dems are behaving in the way that Lib Dems have pretty much since they joined the Coalition – supporting their ‘coalition parties’ but occasionally wringing their hands about how hard it all is. Labour, I thought, might be different. I hoped they would be different. What’s becoming all too clear is that I was pretty much entirely wrong in those hopes.

I’ve been a Labour supporter all my adult life – indeed, I was campaigning on the doorstep for Labour as a fourteen-year-old, back in the late 70s – and for much of that time I’ve been a member of the Party. I left during the Blair years – mostly, in truth, because I left the country – but I remained a supporter. That support is now on its very last legs. It’s hanging by a thread.

My anger is on many levels – but the biggest one is about the failure of the Labour Party to challenge any of the ideological agendas that are being put forward. That’s not just a theoretical problem – the results of it are becoming manifest in almost every policy area.

In education there’s almost nothing from the Labour Party to challenge the evidence-free and ideologically-driven policies of Michael Gove – though those working in education, those in academia who study education and the empirical evidence from all around the world are all lined up against what he says and does. What does the Labour Party have? Stephen Twigg meekly accepting and even supporting much of what Gove says – and supporting such absurdities as military schools!

The welfare agenda has been pretty much set by the Tories – where is the challenge to the false, damaging and hideously ugly ‘strivers vs scroungers’ agenda dictated by Iain Duncan-Smith, the Daily Mail and Daily Express? What does Labour do? Apes the Tories by going on about ‘hard-working families’ and not just accepting the whole concept of Workfare but fast-tracking it, and riding roughshod over so many legal principles it’s hard to keep count. Indeed, as many people have pointed out to me, the ‘workfare’ agenda was actually set up by Labour under Blair and Brown – but that doesn’t make it any better. The ‘divide and rule’ tactics of the Coalition should have made it clear to the Labour Party the real damage of this kind of policy – and the break from power should have given them a chance to see that another direction was possible.

One of the other pieces of ugliness of the welfare system is that it will hit the disabled particularly hard – when combined with the rest of the ‘reforms’ which have already begun to bite in horrible ways. Add in the Bedroom Tax (and yes, as a former accountant I know it isn’t a tax, but the effect is very similar) and you get an anti-disabled agenda that hasn’t been seen for decades – and reveals an ugliness of spirit that’s deeply depressing. Egged on by the tabloids, the way that the disabled are portrayed as the worst of the scroungers, as fakers, as liars and cheats is one of the worst things seen in this country in my lifetime. Even Thatcher at her worst didn’t do things like this. And where is Labour in opposing this? Yes, they’ve done a reasonable job over the Bedroom Tax – but up until that point they largely accepted the agenda – and certainly didn’t fight it. It’s not just the measures that are wrong, but the messages behind them. Labour should have been fighting them at EVERY level – saying NO! This is WRONG. Instead they’re largely supine, as spineless as the Lib Dems – and without even the excuse of a Coalition agreement.

On immigration it’s even worse – Ed Miliband himself takes up the agenda set by the bigots and runs with it, though both the empirical evidence and the moral arguments are very much on the pro- rather than anti-immigrant side. Yes, you can argue that ‘people’ are anti-immigration – but why are they? In part at least because there’s been no real opposition to the arguments put forward against immigration. Even in power, though Blair and Brown didn’t pursue anti-immigration policies they didn’t engage with the debate but hid it away. By now it may be too late – the bigots have the upper hand – and it makes me cry sometimes to see what an opportunity was missed, and how much hatred has been generated as a result.

There are more examples – the privatisation of the NHS hasn’t been properly opposed, and indeed was to a great extent started by the Labour Party. The ‘anti-terror’ agenda is one pretty much entirely of Blair’s making, but with him gone there’s a chance to find a position of soul, conscience and effect – but it’s a chance that doesn’t seem to be able to be taken….

…and that’s my biggest cause of anger. Now is a historical opportunity to change the agenda. The failures of the current system are becoming clearer and clearer – and the chance to find a new way should be bigger and clearer than ever. In the past, it might have been possible to argue that there is no alternative – but now? We shouldn’t have to accept the same old stuff. We shouldn’t. And yet we’re offered no alternative at all. None in any substantial form.

It makes me very, very angry. I’d love to have a Labour Party that I could support. I’ve got a huge amount of energy. I even have expertise of a sort – I’m a former Chartered Accountant, I teach Law at a good University, I understand technology and all kinds of other things of importance today. I can even write a bit when the muse descends. All of this could be at the Labour Party’s disposal – and there are many, many more like me. Do they want us? Right now they’re going exactly the wrong way about it.

No responses to “An angry rant… about workfare, Labour and politics…”