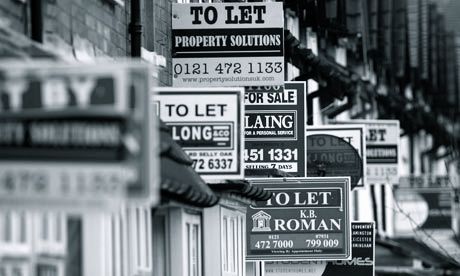 The emerging consensus on private renting

What goes up may come down.  Only 10 years ago, the growth of home ownership was believed to be inexorable: people would talk of it reaching 90% of households. But without much advance warning, it peaked in 2003 and has fallen from 71% of households then to 65% now (figures for England).

This truly astonishing turnaround in the housing market – which pre-dated and was not caused by the global financial crisis, even if the credit crunch reinforced the trends – has raised a whole new set of dilemmas for policy-makers. Some issues remain the same – the crap end of the market is still crap, and still nothing much gets done about it. But new issues have emerged, and I would highlight four:

The upshot of all this is that some new thinking has been needed about the sector. The old remedies – leaving it all to the unrestrained free market, as favoured by the right, and stringent rent control advocated on the left – will not do the job and carry too much risk. There is no silver bullet and a package of new policies are needed. A lot of good policy work has been done (but only outside Government, I am sorry to say) by a range of organisations and think tanks, including landlords’ organisations and responsible agents, and something resembling a consensus is beginning to emerge with the broad aim of stabilising and modernising the sector. This approach is about moderating rent increases, encouraging far longer tenancies, registering landlords, heavily regulating lettings agencies, and reinforcing the role of local authorities in improving standards and stamping out rogues.

Today’s report from the CLG Committee of the House of Commons on the private rented sector is firmly in this new mainstream. Its analysis seems spot on and its key recommendations – around better regulation, the key role of local authorities, ending sharp practice, better court procedures when things go wrong, and changing the culture of the sector so it becomes more family-friendly – allied to the Committee’s continuous exhortation for more house building in all tenures – reflect the emerging view about the best way forward.

Whilst the Government has its head in the sand – the last people to recognise that an unfettered free market doesn’t work for landlords or tenants – Labour has done a lot of work in this area and the Shadow Housing Minister, Jack Dromey, is to be commended for taking time over the detail, consulting widely with all parties, and publishing intelligent policy papers about what should be done.

To get housing right over the next decade, we have to take action in all tenures: we have to enable more people to become home owners, we have to provide far more social rented housing at genuinely affordable rents, but we also have to find a new stable settlement for private renting which is fair to tenants and landlords: homes at good standards on fair terms.

No responses to “The emerging consensus on private renting”