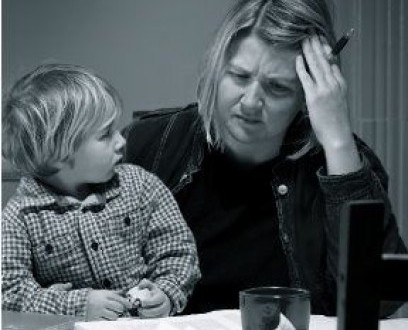 Will welfare reform address problems rather than creating greater ones?

This post is not about the pros and cons of welfare reform. I think many of the ambitions behind welfare reform are to be welcomed. Rather, this post looks at the practical implementation of these measures and some unintended consequences.

Regarding the Bedroom Tax (I feel I can call it that given that on Monday a government minister at a conference organised by Crisis accepted that that is the phrase he uses) is resulting in a large proportion of tenants failing to pay the resulting shortfall in their rent. Riverside Group has revealed that around half of its 6,000 households receiving housing benefit had not paid anything at all to cover the shortfall.  A quarter had contributed something but were not paying their rent in full. Just one in four tenants impacted by the bedroom tax paid the full amount.

Guinness Partnership said that around 1,000 of their 3,000 tenants affected by the under occupation regulations have not met the shortfall. Their experience is similar to a number of other housing associations around the country.  Inside Housing is covering this issue on its front page in today’s edition.

Because we tend to work almost exclusively with single homeless people, and our housing stock is largely one-bedroom flats, this is not an issue amongst our tenants. However, I would anticipate that, in due course, we will begin seeing tenants of other social landlords presenting at our advice centres in Brighton, Eastbourne and Hastings requiring assistance because they are facing eviction.

There have been warnings about this which have gone largely unheeded. A more widespread risk relates to the payment of rent direct to tenants rather than to landlords. This will undermine the confidence of private landlords to take people who are receiving housing benefit, see an increase in arrears and bad debts faced by landlords in both the private rented and social sectors, and cause a loss of confidence amongst financial institutions who lend money for the building of homes for rent.

Julian Ashby, the chair of the regulation committee at the Homes and Communities Agency has warned that housing providers face being hit by a ‘double whammy’ of increased rent collection costs and reduced income due to welfare reform.

In a report published today by Housemark, it has been estimated that social landlords face losing £1.4 billion of rental income a year as a result of welfare reform.

There is also concern amongst social housing providers regarding the move to making claims online. In a survey taken in November 2012, Ipsos Mori showed that just 60% of local authority tenants and 64% of housing association tenants had access to the Internet. I’m not aware of any similar research regarding tenants in the private rented sector but, given the efforts taken by social landlords to increase digital inclusion, and in the absence of a similar programme in the private rented sector, I would imagine digital inclusion is much, much lower.

BHT did its own survey around that time and we found that79% of our clients, tenants of both private and social landlords as well as some owner occupiers, and meaningful access to the Internet. However, when you remove the provision made available to our clients by BHT itself, that number falls to 19%.

There is still time for the government to pause and think about whether it is going about these matters in a way that will address problems rather than creating greater ones.

No responses to “Will welfare reform address problems rather than creating greater ones?”