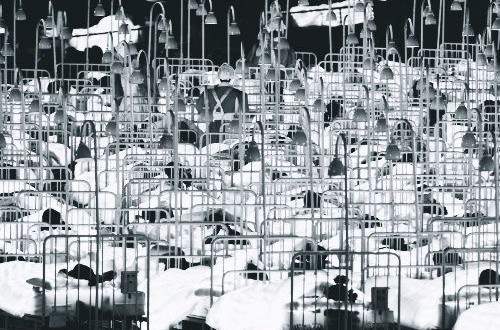 Is the concept of informal psychiatric admission in jeopardy? A commentary on the current crisis in mental health beds

Posted in
Originally posted on The Masked AMHP

There has been a gratifying media response to the excellent investigation conducted by Community Care and the BBC into the drastic shortage of acute psychiatric beds across the country. This investigation has confirmed what AMHP’s already know: the cuts in psychiatric beds are leading to unsafe and possibly illegal practices, which are often harming patients.

Around 1,700 mental health beds have been closed since April 2011, which amounts to an overall reduction of 9%. However, the changes to community mental health services which are occurring all over the country, which are often driven by the need to make drastic cuts in budgets, do not lend themselves to a reduction in demand for beds, but rather an increase in the demand for acute admissions.

It was reported that “three-quarters of the 1,711 bed closures were in acute adult wards, older people’s wards and psychiatric intensive care units. Average occupancy levels in acute adult and psychiatric beds are running at 100%, while half are over that and all are above the 85% limit recommended by the Royal College of Psychiatrists.”

Andy McNicoll reports in Community Care about the various ways in which this crisis is affecting service delivery and patient care. These include possibly avoidable patient deaths, the use of expensive private beds, and many examples of inherently poor practice, which can have a seriously adverse effect on patient care and outcomes.

Examples of poor practice include admitting people to a hospital when there is no bed for them, the use of leave beds, premature discharge which then leads to early readmission, and the use of inappropriate beds, such as placing people under 18 in adult wards.

In my own experience, one of my service users, who was a voluntary inpatient in her 40’s, went on home leave. The leave did not go well, and she needed to come back into hospital. However, her bed had been taken by an emergency admission, and she was placed overnight on a dementia ward.

Overcrowded wards lead to stressed staff and poor experiences for patients which in turn leads to slower recovery, and an increase in incidents of violence and exploitation.

It appears that one of the worrying consequences of bed shortages is that preference may be being given to patients detained under the Mental Health Act as opposed to informal admissions, presumably based on the assumption that informal admissions are less urgent.

A report in Community Care in August 2012 (Mental health detention rise amid ‘pressure on hospital beds’) quotes an anonymous AMHP as saying that detention under the MHA is “the only way to get a bed these days.” I have certainly had it said to me on more than one occasion that a bed is only available for patients detained under the MHA. I have had to argue the case forcefully in order to obtain the bed.

There is more than anecdotal evidence of this practice. Michael Knight committed suicide on 28th August 2012, at the age of 20. He was assessed under the MHA, and agreed to be admitted informally. However, there was no bed available anywhere in the county in which he lived. This led to an overnight delay in his admission, during which he killed himself.

The Coroner in the case stated: “The tragedy in this case is the fact that, after having gained Michael’s agreement to accept voluntary inpatient care, a bed was not then available. I am of the view that the situation was then exacerbated by the to-ing and fro-ing which then took place with regard to a bed becoming free, but only for a very short period of time before it was then unavailable.”

It was reported that “following Mr Knight’s death a serious investigation report was compiled, which found that staff followed the ‘right pathways’. It said an acute bed would have been found for Mr Knight if he had been sectioned.” (my italics)

This essentially means that if a patient needs a bed, and they are agreeing to be admitted, then no requirement can be made that they should only be admitted if detained under a Section of the MHA. Any hospital imposing such a condition is therefore acting expressly in contravention of the MHA.

The Reference Guide to the Act devotes a chapter (Chapter 37) to informal admission, and begins by saying (37.2): “Nothing in the Act prevents people being admitted to hospital without being detained, and this is expressly stated in section 131. Compulsory admission under the Act has always been intended to be the exception, not the rule.”

The Code of Practice (Para 4.9) reinforces this: “When a patient needs to be in hospital, informal admission is usually appropriate when a patient who has the capacity to do so consents to admission.”

AMHP’s are legally required to satisfy themselves that detention in a hospital “is in all the circumstances of the case the most appropriate way of providing the care and medical treatment of which the patient stands in need”, and informal admission is seen as a valid alternative to compulsory detention. Simply because an AMHP concludes that formal detention is not necessary, this does not necessarily mean that the patient does not need to be in hospital.

There is no doubt that hospital beds are expensive. Properly funded community based alternatives, such as Dementia Intensive Support Teams, may not only save money, but also provide patients with appropriate support in their own homes, and minimise disruption to them. Many Mental Health Trusts are relying on allegedly improved and enhanced community based crisis services to obviate the need for more hospital beds, and to justify a reduction in beds.

But there is a problem with this. I have been working in the mental health field for long enough to remember the plans in the 1970’s and 1980’s to close the long stay hospitals in which people with mental illness and learning difficulties would spend many years.

These plans were admirable. These asylums were mostly daunting and depressing Victorian edifices, deliberately built away from communities, and institutionalised the hapless inmates. Most of the inpatients didn’t need to be there, but there were few alternative community services. I was involved in a small way in moving some of these patients into the community myself when I started out as a social worker in the 1970’s.

The problem, however, was that community services were supposed to be funded with the money saved from closing the hospitals, but they had to close the hospitals first in order to get this money. It was like having a plan to buy a cow with the money raised from milking the cow. You had to have the cow first, but you couldn’t get the cow until you had sold the milk the cow would provide. Mental Health Trusts appear to be trying to pull off the same trick.

The now long defunct Mental Health Act Commission, in their Biennial Report for 2003/05 (p.204), advised:  “ In our view… the focus on establishing community interventions to keep patients from hospital admission must not blind us to the continuing need for inpatient care that patients will enter and reside in voluntarily”. That statement still holds today.

No responses to “Is the concept of informal psychiatric admission in jeopardy? A commentary on the current crisis in mental health beds”