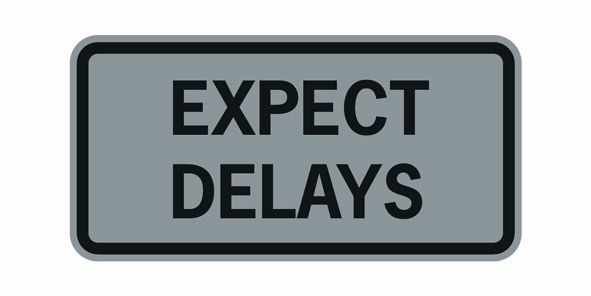 Posted in
Originally posted on The Masked AMHP

It’s official: Mental Health Act Assessments are beset with unacceptable delays all over the country (or at least England). That’s the message from The College of Social Work’s recent AMHP Practice Survey, the results of which were released at the end of May. And it’s the AMHP’s (and of course the patients) who are suffering the most.

There were three main areas leading to delays in admission: lack of suitable hospital beds, problems with ambulances, and lack of police availability.

Lack of beds
The report found that two thirds of local authorities had encountered delays in assessment due to lack of a hospital bed. This figure went up to 80% when reporting delays to compulsory admission. The longest delay to admission was apparently 21 days. (Is this a record, or do you know better? I recall once being involved in an assessment of a man in a care home with learning difficulties where the medical recommendations, which are valid for 14 days, expired not once but twice, before a suitable bed could be found.)

The shortage of a hospital bed in the patient’s locality was also highlighted. This had at times led to either the patient or the nearest relative objecting to an admission to an out of area hospital. This has then led to otherwise avoidable compulsory detentions, and in two cases the nearest relative was displaced because of objections about the distance to the admitting hospital.

I have certainly been forced on a number of occasions to admit a patient to a hospital over 70 miles from the patient’s home. The worst case I have come across locally was a patient detained under Sec.2 to a hospital 150 miles away.

The shortage of beds has also led to undesirable alternatives, and to the bending, if not outright breaking, of the law. Nearly 80% of respondents had experienced patients being kept in police cells or A&E departments for far longer than should have been necessary for this reason.

Lack of hospital beds has also led to delays in the ability of an AMHP to make an application. 42.9% of respondents identified that there had been delays due to Sec.12 doctors being unable to write the name of a hospital on their recommendation. The same would apply to AMHP’s who cannot formalise a detention until they can write the name and address of the admitting hospital on the form.

Another disturbing finding was the use of formal detention rather than informal admission. 16.5% of respondents reported occasions when a patient had been detained because an informal admission was not available. This flies in the face of the requirements of Sec.131(1) MHA. Sec.131(1) states, in rather convoluted language:

“Nothing in this Act shall be construed as preventing a patient who requires treatment for mental disorder from being admitted to any hospital … without any application, order or direction rendering him liable to be detained under this Act.”

This means, essentially, that a hospital should not refuse to admit a patient unless they are detained. Insistence on only accepting detained patients directly contravenes this section of the Act.

Ambulance delays
Anecdotally, wherever in the country I have been, AMHP’s I have spoken to have complained about delays in admission due to the unavailability of ambulances. Certainly, in my local authority, the issue of ambulance delays has been such a problem that private ambulance services are often used, and there was even put in place an arrangement for transport to be available via the Crisis Team if all else failed.

The College of Social Work survey bears this out. Over half of respondents reported that local arrangements with ambulance services were either not working very well, or were not working at all.

Police delays
The survey reports that two thirds of respondents reported that MHA assessments had had to be postponed because the police were unavailable to provide support at the assessment.

What is causing these reported problems? I am afraid I would have to lay the blame for this at a cumulative and multifaceted collapse of some of the essential functions of the NHS due to service cutbacks.

One such example was a staffing crisis at the A&E Dept at the Norfolk andNorwich Hospital. The Eastern Daily Press reported in April 2013 that at one point there were 12 ambulances queuing up outside the hospital for up to 3 hours because of delays in processing admissions. At one point it was reported that an inflatable tent was erected outside the A&E Dept. to try to cope with the workload. There was then a knock on effect on the availability of ambulances for other tasks, such as transporting mental health patients to hospital. It has been reported to me that one AMHP had to wait 17 hours for an ambulance to arrive because for these delays.

At the same time, the East of England Ambulance Service, which covers this area, was in crisis. Again the Eastern Daily Press reported high levels of low morale among staff. Tony Hughes, GMB organiser, reported that the Ambulance Trust needed to boost ambulance numbers and recruit more paramedics to relieve stress amongst staff. He stated: “The ambulance service is in total disarray. Lots of investment needs being put in to get it right and policies and procedures are not fit for purpose. Staff morale is almost zero. All efforts should be put in to look after patients rather than wasting time on foundation trust status.”

Then there are the closures of psychiatric hospital beds which has been accelerating at the same time as massive cutbacks in community mental health staff who could reduce the pressure on admission are being initiated. In 2012 the CQC reported that 2000 psychiatric beds, or 12% of the total, were lost over the previous year. In November 2012 the Sunday Express reported that “Six per cent of psychiatric wards have more patients than beds and a further 10 per cent are at full capacity”. It also reported that “in south Hampshire, 30 per cent of psychiatric beds, 58 in total, were axed last year. Six patients had to be sent to the private Priory clinic in London for a total of 127 days at a cost of £66,500.”

Unfortunately, Hampshire is not the only place where this is happening. This pattern of bed closures, and the resulting need to use distant and expensive private beds, is being repeated all over the country.

I fear that the major reforms to provision of NHS services, involving the creation of community care groups who will commission mental health services, which came into being this April, are likely to make this an even bigger problem.

The College of Social Work survey reported that “in many cases AMHP’s and AMHP leads are… remaining with patients until the situation is resolved.” As a humble AMHP, I can only see myself and my colleagues having to spend even more time trying to get mentally unwell patients into hospital, with no choice but to wait with the patient in their home and try to manage their distress, and the distress of their relatives and carers. And wait. And wait. Until the job is done.

No responses to “Delays and more delays: The College of Social Work AMHP Practice Survey 2013”