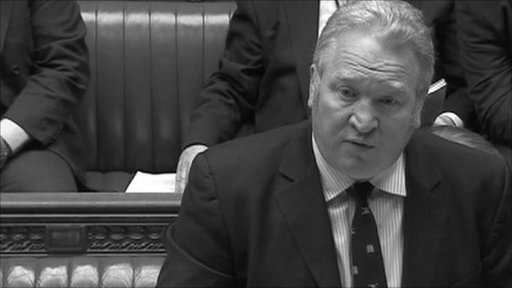 Posted in
Originally posted on The Hardest Hit

The Government has [recently] appointed a full Minister of State, Mike Penning MP, for Disabled People: this is welcome. The Government has also now published its response to the Personal Independence Payment (PIP) and mobility consultation.

The Government previously announced it would cut eligibility for ‘high rate mobility’ support from people able to walk 50 metres to just 20 metres. The Department for Work and Pensions (DWP) announced the policy late in welfare reform plans but were forced to undertake a consultation after disabled people and organisations challenged the announcement, highlighting the devastating impact this policy would have – denying essential help to thousands of disabled people and carers helping with mobility/transport needs.

The Government decided – against the wealth of evidence provided by individual disabled people and disability organisations across the UK – to press ahead and axe help for people unable to travel 21 metres unaided. Read the full DWP Consultation Response (PDF)

The DBC (a 50-organisation consortium of disability, advice and other organisations) has said the Government proposal will trap disabled people at home – denying work, education and other opportunities and the ability to be independent. Read the full DBC Response online

“We are extremely disappointed that the government has ignored grave concerns about the 20 metre rule… PIP is supposed to help those most in need but it is exactly these people that are now set to lose. We have been overwhelmed by the response we’ve had from disabled people who are terrified about what this rule will mean. Many will be at risk of losing jobs…Others will not be able to get to medical appointments, or will have to leave education.”

“When the Coalition Government announced plans to scrap the Disability Living Allowance, and replace it with Personal Independence Payments they met with unprecedented opposition from sickness and disability campaigners and charities alike. Almost unanimously we told the government it was the wrong thing to do. But even when we won changes to the draft bill in the Lords, the Government simply used an archaic Parliamentary law to overturn all of our work. Sue Marsh – I support the Spartacus Report

Then, as if the original plans weren’t bad enough, without consulting anyone at all, they announced that they would also be slashing the qualifying threshold for mobility assessment from 50 metres to 20 metres. We are Spartacus – PIP

Again, campaigners and charities alike complained, again they won. We took the Government to court and they had to back out and say they would run a consultation after all.

This new consultation had over 1100 responses – mainly from sick and disabled people or the DPOs and Charities that work for them. Of those 1100 responses, just 5 – yes 5 supported dropping the qualifying threshold from 50 metres to 20 metres. That’s a 60% reduction!!! Just imagine for a moment if the Government announced they were going to raise the qualifying age for state pensions to 104!! That’s a 60% increase too and I imagine they’d be out of power by lunchtime. Jane Young – The PIP 20 Metre Rule Remains Intact

But most shockingly of all, the Government clearly states that those responding to the consultation do not support the change. They clearly state that it will push costs elsewhere and reduce the capacity of sick and disabled people to get to their jobs. Yet they have decided to go ahead anyway.

Courtesy of The Hardest Hit

No responses to “First act of Minister of State for disabled people: 428,000 people with high rate mobility needs lose help”