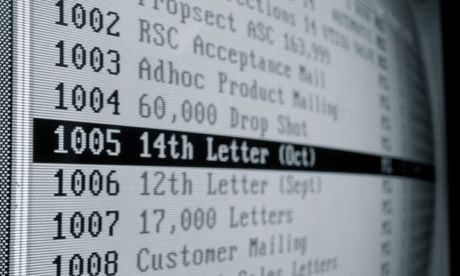 Not even human; disabled people are no more than names. It has to stop.

Posted in
Originally posted on halfagiraffe

The assessments the disabled and mentally ill are being put through (Work Capability Assessments or WCAs) can be incredibly harrowing. If you have a severe mental health condition the impact of an assessment can turn your life upside down for an incredibly long period of time. The same is true for those with severe physical health problems. A trip out of the house can leave an individual stuck in bed for months, for some even getting out of bed is a challenge - I know this from personal experience, as I’ve been there and I still am from time to time, disappointingly wasting away my days stuck in the corner of a sofa, unable to do much for myself.

For some people (myself included) even the thought of leaving the house is a challenge. I know some that, if they actually did walk out the door, it would be considered the achievement of the entire year, yet they’re being forced to do so, to travel away from home, from their comfort zone, and interact with strangers.

The idea of going to the GP for an appointment, a mere mile away, is enough to induce strings of panic attacks for me, and that’s before I’ve even got my splints and shoes on to get out of the door. And these are on the days I can get my shoes and splints on by myself, others it’s so difficult I leave without, being wheeled around in my chair by my husband.

The preparation to leave the house is an ordeal, the thought process is a mind maze of emotion and wondering how you’ll manage when you get outside, what if someone speaks to you? What if there’s no drop curbs, or no close parking spaces? What if you face a confrontation over your situation when you pull into the disabled bay? Such confrontations are on the rise, and I have been faced with some lately, despite only having been out of the house a handful of times since last year.

With the WCAs, not only do you have to go through the routine of panic attacks, fear, physical strain of getting ready, physical strain of travelling, you’re then taken to a place which may or may not have disabled access and picked apart. For ESA/DLA/PIP you are asked some soul-crushingly probing questions on the forms about some incredibly intimate or embarrassing parts of your life. How often are you incontinent? Can you wash yourself? Can you cut up your own food? Use the toilet without help? How is your mental health?

You have to be open and honest when answering these questions, and for someone whose health isn’t exactly the best, it’s a horrific experience. Each time my forms come through there’s an inevitable breakdown. The knives and medication, along with anything else harmful, is locked away. I have to be watched when I shave my legs or cut up food during cooking. I, like so many others, muddle through day-to-day, trying not to think about how severe my problems are. Filling in these forms shatters the illusion that I’ve created that what I’m living is a normal existence, that my pitiful daily routines aren’t that bad. Oh how wrong I am, and every now and then these forms are there to remind me of how wrong, how little hope there is.

When you’ve submitted your forms, dissected your life on paper for a complete stranger to read, you may then have to go through the above ordeal of leaving your home, travelling to a place you don’t know, putting your health (mental and physical) at risk and going through hell. As with being dissected on paper, you’re then questioned by someone from a private company [Atos] who will do the same again. Looking at your forms and trying to pick out inconsistencies with what you say, looking for signs that they could write down to suggest that you’re capable of working.

Do you have a toddler? Well if you can manage a child of that age, you must be able to work. Do you have a pet? Did you smile when asked about it? Well you can’t be depressed then, pull your bootstraps up! - These are actual examples of things a former Atos assessor was told to look out for. As far as they’re concerned, if you can push a button a few times you’re capable of work. Forget agoraphobia, social anxiety, depression, days spent in bed screaming with agony. You made it to your assessment, you smiled once, and you can push a button.

Atos are consistently coming under fire for their practices, making enormous errors when assessing claimants and often ignoring all medical evidence that’s been provided.

This is just the beginning, the Atos assessments are only a part of the farce of the benefit reforms and how they’re being handled. Disability related social security was said to be protected in the budget, despite having been subjected to a 1% cut. Disabled people are being faced with a ‘tax’ on their spare bedrooms. Rooms which are actually being used by carers, disabled people’s partners, to store necessary medical equipment for the resident. Contrary to the belief of many, living on social security is an awful experience - you have to count every penny and there’s a panic every time a bill comes through. Disability involves many extra costs, and despite disability benefits being slightly more than others, it’s because the costs of living are higher.

There are so many other things which disabled people rely on which are being drastically cut, leaving many people hundreds, if not thousands, worse off. Some are being left with nothing, being forced onto Job Seeker’s Allowance and forced into work that they cannot actually do, and in a time where jobs aren’t available for even the most physically and mentally able and qualified. People are being forced into poverty and others are being forced into situations where ending their own lives seems like the best option for them.

For months now, disability activists (or ‘extremists’ as Paul Maynard MP calls us) have been fighting to get a cumulative impact assessment. This would assess how all of the social security reforms will impact those who rely on them, across the board. From those losing out on the switch from DLA to PIP, people affected by the ‘bedroom tax’, people affected by any range of the cuts that have been taking place and give an indication of just how hard disabled people are being hit.

At last, on the 10th of July, the House of Commons held a debate on whether or not a cumulative impact assessment should be conducted. The debate went on for some time, with some incredibly insulting rhetoric from MPs, while others told heartbreaking stories of what some of their constituents are going through as a result of the reforms.

Towards the end of the debate, as the arguments from all sides had been put forward, MPs that had otherwise been absent began to filter into the chamber to cast their vote, having missed every tear-jerking word about what disabled people around the country are being faced with. They didn’t warrant us the time to listen or considered other things more important, but they were clearly available to vote.

Sadly, once he votes were counted, we got the depressing result that many of us dreaded. The ‘noes’ had it by 96 votes [Ayes: 227 Noes: 296]. Rather than look at the impact, the enormous amount of suffering, that their cuts are causing, they instead chose to bury their heads in the sand and continue to think they are going in the right direction. How very wrong they are. Lives being lost, disabled people being forced into poverty, being forced out of their homes, that’s not the right direction. Far, far from it.

Yesterday someone expressed to me that they consider us lower than cattle, and thinking about it I’m not sure I agree. Cattle are living creatures. To so many MPs I’m beginning to get the impression that we’re simply a figure. A name on a computer screen and a list of conditions. Money being extracted from the coffers.

We’re not even human anymore.

Please, please sign the WOW petition. I understand many don’t as ‘petitions don’t have any impact’, but we have to do something. It only takes a minute to sign and with enough signatures, enough public support, we may be able to force their hands and show them how desperately a cumulative impact assessment is needed. While the government has turned down the idea of having a one, enough public support and we may still have a chance.

Disabled people are being lost, forgotten. We need to act and at the very least show what the government is doing to our lives is unacceptable.

Courtesy of Becca at halfagiraffe

No responses to “Not even human; disabled people are no more than names. It has to stop.”