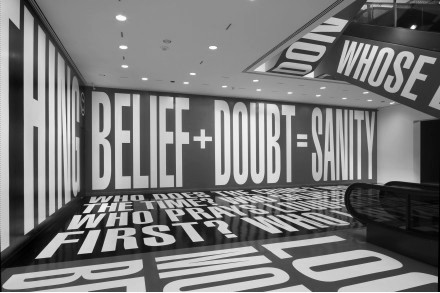 Often I am asked why I blog or tweet so much about race and misogyny. To be fair I write a lot about education, beliefs and politics too but hey let’s answer the question in hand.

I write a lot about race and misogyny because I still think that a lot of people are afraid to talk about it. Not only to talk about it but in sensible tones and not to the dualist extremists that battle it out on the comments sections of most online media. My desire is to challenge beliefs, including my own. To create dialogue and, where possible, mini revolutions in thought.

So lets start with misogyny.

Last week their was a lot of social media commentary around a campaign to get Facebook to be more responsible about how they treat pictures, posts and pages that condone and in some cases encouraged rape and domestic violence towards women. The #FBRape campaign was spearheaded by writer Soraya Chemaly, Laura Bates of the Everyday Sexism Project and Jaclyn Friedman of Women, Action and the Media. It resulted in Facebook having to address their previous stance of “freedom of speech” and the many companies whose adverts were in some ways associated with these images and themes either disassociating themselves.

I previously wrote about rapper Rick Ross and his loose reference to rape in his songs. I also mentioned his subsequent sponsorship deal that he lost after lobbying from women (and men). This rape conversation is not going to go away but it seems big brands only respond to it when money is it stake. It is like companies only react to these conversations if it appears they may be losing face, or more importantly sales and advertising revenue.

It will forever remain a contentious issue as to how we perceive rape as humour. I for one never see it as funny or ironic, but am aware that others do. I like how one author put it “The FBrape issue is not about freedom of speech but of consistency”. There is space for both arguments to be made. Not to be dismissed by one side of the other in some kind of emotional maelstrom but to be heard. To be listened to.

It is way too easy for people to dismiss such objections as angry feminist banter.

Just like misogyny the issues around race lie just beneath the surface and often don’t take much to raise to the top.

Take the golfing gaffe last week of Sergio Garcia. When commenting about the spat betwixt him and Tiger Woods “We will have him round every night. We will serve fried chicken.”

In isolation many will take that as a simple throwaway joke. After all don’t all black people eat fried chicken? (tic) Maybe no one schooled Garcia that throw away jokes on fried chicken or eating watermelons are all part of a history that saw black people as feckless niggers and coons. Of course we probably have as many if not more white and brown people eating fried chicken around the country but the historic implication of such phrases have not gone away. No one schooled Garcia or other influential public figures that when such comments are made they have deep offensive ramifications. If not then one would not need to apologise.

Indeed Tiger is no stranger to this. His former caddie commented infamously on a game that he caddied and Tiger lost how “My aim was to shove it right up that black arsehole.” What the hell? This from someone who would have spent the best part of twelve years knowing your game, knowing you and also being cognisant of all the other shit being thrown at you.

When you have not had to live with the racial stereotypes that come with you being one of a few professional players of colour, it is easy, as Rory McIllroy did to dismiss it as nothing.

Do I think Garcia was malicious? Probably not. Do I think the European Tour Manager was silly when he said in defence of Garcia “most of Sergio’s friends happen to be coloured athletes in the United States”? Of course I do. Racist? Well it depends on how you define racism.

A friend and I were talking about whether fans calling Gareth Bale a monkey was considered racist or did that only apply to black people. Given the history of referring to racial groups as monkeys, especially in the West tended to lean toward descriptions about blacks I felt it didn’t. Stupid yes, but the history of such a term is laden against those of colour as opposed to whites. With implications of inferiority and being primitive.

Which leads me to my last point about language and the wider implications.

Language and the media

Firstly I, like many others, find the murder of Drummer Lee Rigby heinous. I am appalled that anyone in their right mind, and I say that intentionally, could run over, stab and mutilate someone in the middle of the street in broad daylight. I cannot even begin to manage what his family have had to go through, not only with the death of their son, brother, father, etc but also with the cruelly voyeuristic display of his prostrate body in the middle of the Woolwich high street. As someone who has lamented the way our media gratuitously film death and destruction in areas of conflict outside of the UK I guess it was only a matter of time before they brought that same kind of coverage back home.

What struck me coming off the back of this though was the reference to language. The reports that described the guys as terrorists or of Muslim appearance made me think “WTF?”. I wondered if I was listening to respected journalists or if in the next clip some reporter would then report them as Muslamic infidels. I thought it couldn’t get worse until I heard Rod Liddle’s description of them as black savages.

Now here is why it matters. If you are a journalist of any calibre in print or broadcast it is not uncommon to assume that you will probably have wider vernacular than most and in addition you would know the implications of the words and phrases you use. Even tabloids know how to play this game to full effect with their bold headlines using emotion and word play. So if you are going to refer to individuals as black savages this is not just a turn of phrase but has massive implications as to how your readers associate those two words in both a present and historical tense.

For those who need a gentle nudge a savage is a noun which is used to define “A member of a people regarded as primitive and uncivilised.”

Unless you are digging deep with some expert in boolean I think you would be hard pressed to find a white person referred to this way. Rod Liddle is no stranger to controversy having referred to Somalians as Muslim savages and his infamous quote in the Spectator in 2009:

“The overwhelming majority of street crime, knife crime, gun crime, robbery and crimes of sexual violence in London is carried out by young men from the African-Caribbean community. Of course, in return, we have rap music, goat curry and a far more vibrant and diverse understanding of cultures which were once alien to us. For which, many thanks”.

Why this matters is that for many these things are throw away comments. Yet for others adversely affected it causes great discomfort. People who take them seriously should not read to much into them we are told. It is simply race baiting and should be ignored. Yet when we don’t take people like the Spectator, Facebook seriously they obviously forget the deep implication on the impact of wider society. I worked with people who felt that Stephen Lawrence’s Mum needed to get over her son’s death. They refused to see that a racist and heinous crime needed resolution and that a wider issue in policing needed to be be addressed. That upset me. Yet on the flip side I realise that whites, browns and blacks are afraid of some elements of the black community. Within the African and Caribbean community we need to hold some accountability to address this. Why is there an over representation, perceived or actual, of young men being perpetrators of crime that force people to change their behaviour in the presence of such men? What can we as a wider community do to address this other that “telling them to go back to their own country” or organising pseudo political movements with only one view of what British or English looks like or should behave like.

Courtesy of David McQueen at Tall. Black. One Sugar.

No responses to “What lies beneath”