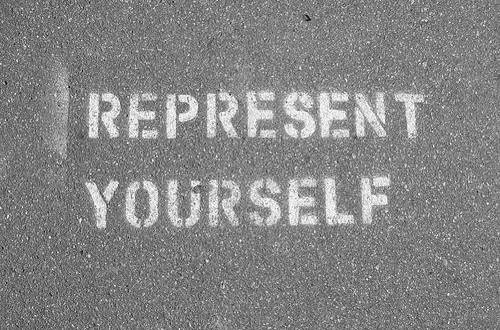 Keeping BME women on the agenda

A few years ago, when I sent an email to my mailing list, I knew exactly who to contact about what but I would always need to wait for a response. Waiting for that response gave me a good feeling because it was an indication of how busy organisations were and when it came, the response would be a detailed answer from an expert in the field. These days, I receive responses to my emails almost immediately and they are mostly bounce backs or permanently out-of-office messages. I find myself deleting contacts far too frequently now.

The Black and Minority Ethnic (BME) women’s sector in the UK has faced some challenging times over the last few years. We have seen the changing face of our local women’s sector. Some of these familiar organisations have been forced to close because they provide too specific a service to a small population and some have found themselves overstretched trying to meet the needs of their BME communities as well as the wider community with very different needs. Others are surviving and have been able to stand firm in the services they provide because they and their communities know that they are the best at what they deliver.

At the Women’s Solidarity Forum (WSF), we have been responding to some of the challenges facing BME women’s organisations. They have reported to us growing isolation and lower levels of engagement by BME women in mainstream services. For them, their isolation is intrinsically linked  to budget cuts as important points of contact and niche BME organisations, ESOL provision and Sure Start Centres diminish.

The WSF acknowledges the myriad of socio-economic issues for BME women and we see that one of the most critical factors is the issue of how women’s organisations can assert themselves and represent themselves and their communities. Without this representation, their current situation of ‘voicelessness’ will be exacerbated. We are pleased that there has been some work in the right direction. Organisations like Oxfam’s UK Poverty Programme leading the Routes to Solidarity project and ours working with Westwood and Coldhurst Women’s Association in Oldham to deliver the Step into Politics training designed especially to increased representation of women.

Unemployment also remains a primary issue. In March, we attended the Greater Manchester follow-up event of the work of the All Party Parliamentary Group on Race and Community and their report on ethnic minority female unemployment. They had analysed current government policies to determine whether the government’s approach to the individual needs of job seekers, was working in relation to reducing ethnic minority female unemployment. It was found that minority ethnic groups are less likely than white groups to find Jobcentre Plus helpful, with women interviewed stating that there is a lack of adequate support for, and cultural understanding of, the needs of Pakistani and Bangladeshi women.

In response to this locally, organisations like the Gender and Participation (GAP) Unit are working with marginalised BME women, especially asylum seekers and refugees, and have seen a rise in uptake for their Job Search Skills and Confidence Building training programme for women with the right to work. Many of these women held professional jobs in their home countries but in the UK they are faced with language barriers which knock down their confidence. At the same time, Jobcentre Plus are putting pressure on them to look for work. With  the number of ESOL classes being reduced, they find themselves in a complex situation.

We were pleased to see that some of the [all-party parliamentary group’s] recommendations reflected the recommendations in our ‘So Many Voices, So Hard to Hear’ research. It allowed us at WSF to reflect on the importance of local home grown research which captures the stories from the communities themselves and what possible solutions they can implement.

Keeping women on the agenda remains our main focus. Over the next few months, we are keen to continue our representation work and want to hear from BME women’s organisations about what their main areas of concern are. You can follow us on Twitter @northwestwsf or join us on Facebook.

No responses to “Keeping BME women on the agenda”