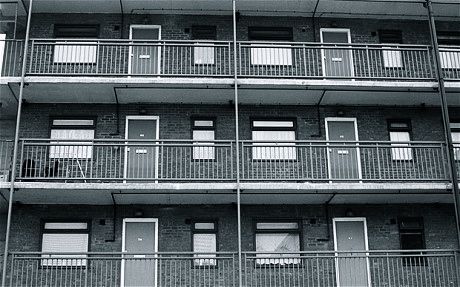 Between the Devil and the deep blue sea

In a series of top class articles in Inside Housing, Keith Cooper has raised the increasingly tricky issue of cash from council housing being used to prop up other council services as the cuts bite ever deeper.

In the latest, Keith poses ‘the moral dilemma’ of using money raised from rents in the ‘relatively spry’ housing revenue account (HRA) to relieve the unprecedented pressure on council budgets. Inside Housing itself takes an unusually strong editorial line: ‘The councils might technically be in the right here – but morally they are most definitely in the wrong.’

Keith’s investigation focuses on four councils where significant sums have been transferred from the HRA to the General Fund despite the existence of a statutory ‘ring fence’. As he rightly points out, the introduction of the ring fence in 1989 was designed by the then Tory Government to end the practice of councils cross-subsidising council housing out of the rates to keep rents down. The four examples that Keith quotes were using a specific loophole relating to cash left over after the transfer of stock to housing associations. They seem to be entirely legal transactions. The sums involved were large, but they raise more general matters of principle and they expose a moral dilemma that Red Brick has highlighted before.

Even without the specific loophole identified in Keith’s cases, clever council finance directors have always known how to work the system and have done so in both directions – normally, to be fair, to help their politicians deliver political priorities. The crossover between the HRA and the GF is huge, with thousands of charges and recharges, all of which may be subject to variation. Important shifts in resources can be achieved in myriad ways, for example by reallocating debt charges between accounts and by charging more or less for services that are provided by the council (eg for democratic services or accountancy or human resources services). Tenants from around the country have often complained about the ‘daylight robbery’ whereby tenants frequently pay twice for some services, through their rent and through their council tax, for example for estate roads, lighting, some refuse collection and services physically located on an estate like libraries or youth facilities.

The moral dilemma is unlikely to be resolved soon, as the worst of the cuts are yet to hit. There is no disgrace and it is not a scandal for councils to be doing this, for example when they are facing major reductions in social care and other critically important services, they are only trying to marshal their resources in the best available way to meet the desperate needs of their communities. Metaphors come to mind: they are in a cleft stick, between a rock and a hard place, between the Devil and the deep blue sea.

BUT, somebody somewhere also has to make the case for housing. The reform of the housing revenue account subsidy system was designed to leave ‘headroom’ within the HRA, surpluses which could then be used to support borrowing for capital investment in a new generation of council house building and improvements to the existing stock. The shortage of housing is now near the top of the political agenda but it is all too easy to postpone or cancel spending on long term capital projects to try to meet a revenue crisis. So the real victims might be the people with no voice: those who will not be able to access a council house because the building programme will be smaller than it otherwise could be.

There is a strong case for greater transparency although councils are all too aware both of the complexity of some of the detailed financial issues involved and also of the threat of legal challenge (not just from tenants, but from lessees facing rapidly rising charges). These factors often lead to decisions being made behind closed doors. Tenants are often outraged by some of the costs that get loaded onto the HRA, but, if consulted, they may understand the council’s dilemma and be willing to support adjustments which effectively free up resources for services from which poor or vulnerable tenants might benefit, including those living in council housing; social care is a good example.

Moving resources from the HRA to the General Fund might be justifiable to protect services from which council tenants themselves directly benefit but it cannot be justified if the effect is to maintain a freeze on council tax to the benefit of much richer residents.

HRA reform has established the principle of a self-financing tenure where services are funded by rents. It is underpinned by a belief that council housing is an excellent housing model especially from a financial point of view: rents are charged and pooled to the benefit of all. It has a great future if it is seen as a ring fenced self-funding public service and it has the ability to provide more desperately needed new homes.

One last point about fairness: the Government is busy increasing subsidies to other tenures but council tenants are constantly stigmatised and demonised for being ‘subsidised’. The evidence tells us that, increasingly, it is they who are doing the subsidising.

No responses to “Between the Devil and the deep blue sea”