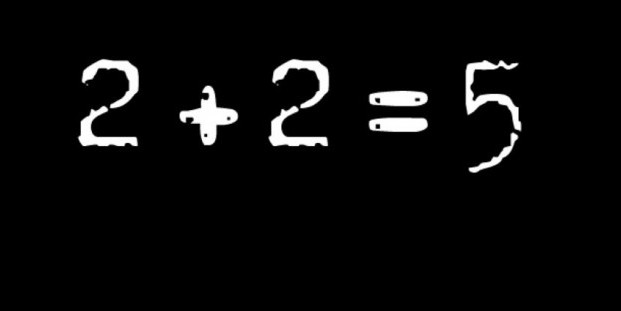 If you were entertaining any idea that changes to property and land taxes could help to curb the volatility of the UK housing market then just stop it. That is the message of a new report Taxing Issues? released by the Policy Exchange this week. This is a highly political document, and fascinating as a result.

The think tank offers a host of reasons why property and land taxes just won’t do the trick.

The report starts from the premise, based on OECD figures, that the UK already has the most highly taxed property in the developed world. This premise is, if not erroneous, then rather misleading. The OECD includes all sorts of things in the calculation to arrive at that figure – including business rates. Business rates are largely irrelevant to managing the housing market. Except the rhetorical strategy adopted by Taxing Issues? means that they aren’t.

The reasons for thinking property taxes will fail to deliver reduced volatility are a melange of some reasonable points, some basic economic theory, some casual empiricism – including making brief reference to a range of non-comparable taxes in other countries, and a massive dose of street-fighting politics.

Overall, the report reads rather like it was written by backward induction. That is, it started from the statement which can be found in the conclusion (p57):

Therefore we would recommend that no changes should be made to property and land taxation in this country. Insofar as this advice is disregarded and any changes are made, any such changes should be small and incremental (eg. dealing with the odd structure of Stamp Duty) not a wholesale redesign of the system.

And the preceding text throws absolutely everything at the issue in order to try to substantiate that recommendation, even at the cost of the criticisms not necessarily being internally consistent.

The report reminded me strongly of the argument in Hirschman’s Rhetoric of Reaction. Hirschman identified three reactionary narratives – the perversity thesis, the futility thesis and the jeopardy thesis – designed to frustrate proposals for change. The perversity thesis is that any action intended to improve some part of society will turn out only to make the situation worse. The futility thesis argues that attempts to change the situation will not really make any difference to the problem so there is not point trying. And the jeopardy thesis argues that the costs of the reform will be high and jeopardise some other valued achievement.

Futility and jeopardy loom largest in Taxing issues?. The key argument is that property and land taxes won’t deliver stability. The evidence for this is that previous experience in the UK with MIRAS abolition didn’t result in reduced house price inflation and that the housing markets in other countries with property taxes are not necessarily less volatile. Both of these points are made rather casually – that is, it is by no means clear that econometric analysis has isolated the effects of property taxes from all the other changes affecting the housing market – and it ignores the fact that the impact of a tax will depend fundamentally on design, so drawing analogies with other countries is not necessarily very illuminating. Or rather this point is recognised elsewhere when it is pointed out that the only country that has tried to manage house prices with a property tax in the way suggested is Taiwan, and this has not been spectacularly successful. This leads PX to make the remarkable statement:

Any further work in the UK that does not try to undertake a more detailed study of Taiwan’s experience would clearly be deeply inadequate.

Given that the starting point of this discussion was that the data on Taiwan are not great, the analysis highly provisional, and the challenges of conducting research in Taiwan considerable, if one were to concede this point then it would be sufficient to kill any discussion of property and land taxes.

But housing markets are embedded within a particular socio-cultural-economic complex so all such comparisons are by imperfect analogy. Even if the evidence from Taiwan were compelling one way or the other the read across to the UK would only ever be partial.

The PX report does some interesting discursive work when it argues that if proponents of property taxes were to persist with their agenda then they can expect it to lead to campaigns to rebalance the burden of taxation between residential and business property and they can expect it to lead to demands that equalisation grants be unwound. And that this is likely to have a significant negative impact upon poorer areas and poorer households. The jeopardy thesis writ large.

These are, it is suggested, inevitable consequences of seeking to change property and land taxes. It isn’t clear to me that making these connections points to an inevitability. Or whether PX is simply offering the Conservatives a range of possible future lines of attack. Given the think tank’s closeness to the current Conservative leadership that is no doubt a valuable service.

Because we need to view this report as an intervention in an ongoing debate. A range of other organisations, think tanks and academics have advocated for the benefits of changing property and land taxes. Indeed, there is a significant body of informed opinion arguing the case.

So clearly that must be neutralised.

And that perhaps leads to the oddest characteristic of the PX report. It is based upon an enormous straw man. Its overarching argument is that we shouldn’t be debating property taxes as a solution to our housing problems but focusing upon more fundamental structural problems. As we would expect from PX, the main structural problem identified is the planning system. Interestingly, in the course of the report access to easy credit is mentioned as a problem fuelling price inflation, but when it comes to recommendations for reform the focus is entirely upon planning. Reform of credit markets doesn’t get a mention.

But this is a false dichotomy. I can’t think of anyone who is arguing that property taxes are the solution on their own. I think everyone would agree that the housing supply system would benefit from reform. But other commentators would point out that the housing supply system is broader than the planning system alone and the other elements – the land market, the housing building industry – are not unproblematic. There have equally been arguments about the importance of the FPC and macroprudential regulation of the mortgage market. Quite a few people are on the same page over the reform of the structure of Stamp Duty.

But conceding that point would mean that Taxing Issues? wouldn’t have quite such an benighted, shadowy opponent to take aim at. And then it would be more difficult to get the argument started.

No responses to “Careful now”