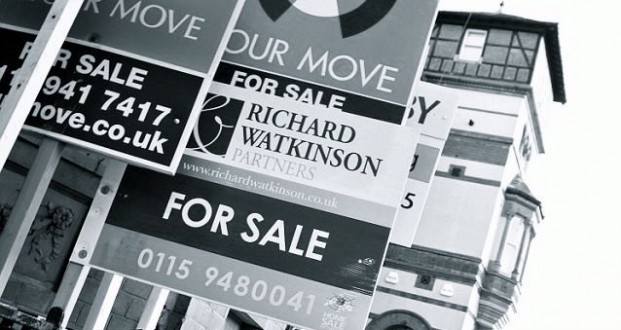 It was a rare moment. Grant Shapps said something with which Red Brick agreed. It was back in January 2011 and Shapps was all over the newspapers and TV news with his views on the housing market, and in particular house prices.

Shapps said that Ministers wanted to ‘engineer’ a period of house price stability, using the example of prices rising 2% a year while incomes rose 4%. The Mail at the time quoted him saying that homeowners should see their house as a home and not an investment and should no longer rely on their houses to fund their retirement.

Ignoring the fact that his figures would mean real terms price reductions, this could have been a crucial turning point in housing policy. House price rises favour those who already own, stable prices favour those who want to own but are not yet in a position to do so. For a nano second we glimpsed the possibility that all of the political parties could agree on a major long term housing policy objective.

“The main thing everyone requires for their subsistence is a roof over their head and when that basic human need becomes too expensive for average citizens to afford, something is out of kilter. I think the answer is house-price stability.” Grant Shapps, January 2011.

Of course we were skeptical. The implication is that the state would intervene to achieve the stability objective or at least avoid policies that would inflate prices further.

Two and a bit years later, our skepticism has proved well founded. With the self-same Grant Shapps now chairman of the Conservative Party, we are headed for the opposite end of the line. Rising house prices is now a central feature of the Government’s attempt to convince the population that things are getting better. Existing owners (the majority) feel better when they think they are sitting on an asset that is appreciating, and it might even encourage them to spend a little more on household effects. They quickly forget that it makes it more likely that the back bedroom will be home to their son or daughter for many years yet.

The media are the Government’s accomplices. I will bother you with only one example, from the Express: ‘Booming Britain: Joy for millions as house prices rise’ But I should also mention that rising house prices was included in a list of ‘good news stories’ on BBC News by the normally even-handed Hugh Pym.

Apart from those who directly benefit, it is hard to find anyone who believes that Government’s ‘help to buy’ scheme will boost housing supply rather than increase prices (by raising general demand at a time of shortage). The general view of economists and housing market analysts, from Shelter to the International Monetary Fund, is that the Government is ‘fuelling a boom’. The less than progressive Institute of Directors called it ‘mad’:

“The housing market needs help to supply, not help to buy, and the extension of this scheme is very dangerous. Government guarantees will not increase the supply of homes, but they will drive up prices at a time when it seems likely that house prices are already over-valued. There is a real risk that the housing market will become dependent on the underwriting by government.  The world must have gone mad for us to now be discussing endless taxpayer guarantees for mortgages.” Graham Leach, Institute of Directors

The Priced Out campaign called it simply ‘a moronic policy’ and said: ‘Help to Buy should really be called ‘Help to Sell’, as the main winners will be developers and existing homeowners’. They stress the point that, as a large share of mortgage money is going into buy to let, further excluding first time buyers, the policy is pricing out families even more.

Research by Hometrack suggests that it is not just the prime central London market that is racing ahead like Usain Bolt, it is the traditionally cheaper areas of inner London, like Hackney and Lambeth, where the biggest increases are being experienced. Regional differences are of growing importance. Rightmove shows how national averages mask disparate trends in the regions, with house price growth in some regions overshadowing real term falls in others. The flight from London of young potential home owners, added to the forced removal of many people through benefits caps (including for those in work) is not well understood. But the impact of all these changes on the other regions has scarcely been considered.

In light of all this, we would like to suggest that Grant Shapps, Housing Minister circa 2011, drops a line to Grant Shapps, Tory Chairman 2013, reminding him of the sensible thing he once said about house price stability.