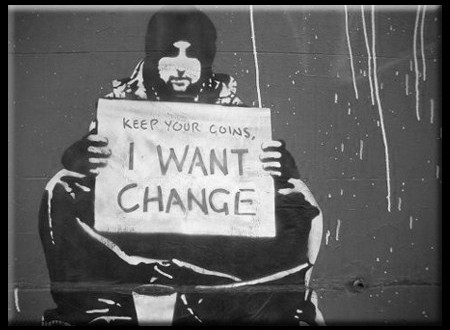 Spending Review and local authorities: We need change and a resurgence of ethics…

Spending Review and local authorities: We need change and a resurgence of ethics, not coercive micromanagement by stealth and an even greater distance between people and Government

With £11.5 Billion in further cuts set to be outlined in the Coalition’s Spending Review later today, I will probably not be alone in asking myself if this is really going to make the difference that the UK really needs.

Of course, many of us have got far too used to asking such questions only of ourselves as we wonder if there is simply any point in asking the same of anyone else and particularly those Politicians who would actually be in the position to give an honest answer if they so desired.

Many of the politicians we see on TV are spending increasing amounts of airtime telling us that they are listening. But are they really hearing?

Listening to the news in recent days, you may have heard the suggestion that cutting budgets has not been a failure of the Coalition and that it is in fact the continuing problems with the economy and its inability to deliver the income expected at the time of the 2010 Spending Review that is the real issue. An issue which now of course sees George Osborne scratching away at what he appears to see as the tried and tested…

Of course, those like me who currently inhabit the local government political pool will be looking on in horror at the prospect of a further 10% Central Government funding cut from 2015/16.

Cuts in just in this area alone since 2010 have placed a massive strain on service delivery and are quietly playing out in the loss of arguably vital community resources which were once taken for granted and even affecting the speed and quality of pothole repairs on roads which most of us probably feel should be resurfaced when a hole appears rather than undergo repetitive re-patching for the umpteenth time, bearing in mind the amount we seem to keep paying for them.

Played out across all tiers of Government, the Quangos and Non-Government Organisations, the open secret in all this is that efficiencies have to be found. But the elephant in the room sadly remains missed and the rise of shared services, business services outsourcing and privatisation of services forced on us by budget cuts and imposed ceilings on Council Tax rises will never resolve the biggest issue of all which is the need for comprehensive reform across Government at a fundamental and cultural level.

Change is essential to move inefficient and unproductive ways of working which have developed over many decades of protectionist management; change which will lead into the delivery of services which once again have their focus upon the benefit to the end user and when selflessly applied, targeted and managed as they should be, are likely to deliver savings all the same.

Ethical working based on doing what is right for all, rather than what works best for those making the decision, has to once again become the norm rather than the exception. For it is this institutionalised and subsequently conditioned practice which has created many of the problems not only in finance, but also in the quality and efficiency within all parts of Government which the Coalition now faces, manifested in services ranging from traffic management to the NHS.

Making savings of the level that have faced George Osborne was never going to be an easy task. But simply addressing the problem by imposing cuts that are ultimately doing nothing less than changing the systems which support everyday people to live real lives and takes Government further away from the public who pay for it is never going to be right. Worse still; it won’t solve the problem.

No responses to “Spending Review and local authorities: We need change and a resurgence of ethics…”