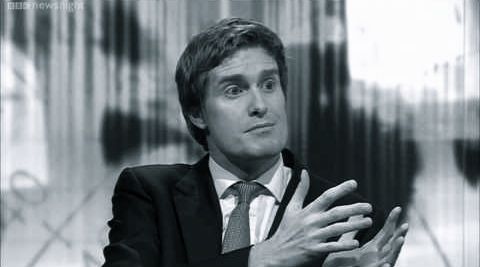 Paxman, Hunt and the QTS issue

November 1, 2013 by Education for Everyone

Posted in
Originally posted on Education for Everyone

Last night, Newsnight had an item on whether qualified teacher status should be a requirement in state funded schools. Nothing surprising about that. It’s been part of the debate about the problems in some free schools. And there was a debate in the House of Commons on the issue also yesterday.

You might think that the news out of that debate was that the Lib Dems to a person refused to support government policy and abstained. It included a speech by David Laws winding up against the Labour motion but reiterating Lib Dem policy which is exactly the same as the Labour policy. He got round this intriguing dilemma by resorting to anti-Labour abuse on unrelated subjects.

You might have thought that this deserved some coverage. But no – Newsnight confined itself to a sneering rubbishing of the concept of qualified teacher status. In as far as it had any content it was to argue that there are some good teachers without QTS – especially in public schools – so why should we be bothered.

Paxman interviewing Tristram Hunt was then at his sneering and aggressive worst. There was no attempt to ask any questions that might help viewers understand the issue. Instead we had “were you taught by any unqualified teachers?” and “would you send your children to a school where there were unqualified teachers?” – a trivialisation of the debate that really should have no place in a serious news programme. Serious points such as the fact that the most successful systems insist on high levels of qualifications for teachers were dismissed with a world-weary “yeah, you said that before”.

What was surprising was the genuine venom displayed. It seemed to be something that Paxman cared about. One clue could perhaps be in the amount of time the programme spent on the private sector where unqualified teachers apparently are common. Maybe there was a need for one of its products to defend the public school view of the world? Or maybe the threats of Grant Shapps are having their effect? Or, perhaps more likely, we were seeing the journalistic consensus that teaching is not a serious profession and all you really need is a bit of subject knowledge.

Some commentary has taken the view that this was another Paxman triumph. This requires us to believe that shouting over the interviewee and displaying blatant prejudice is a positive feature of interviewing. It also asks us to believe that asking a stupid question five times somehow turns it into a sensible question.

Other commentators have also tried to turn it into a union issue. To them, apparently QTS is a form of closed shop practiced by the teacher unions. Ignoring the fact that teachers without QTS also are members of unions. Ignoring the fact that QTS is something developed by successive governments not unions because they knew that there is a great deal more than subject knowledge to teaching. What of course unions do know is that deregulation of teaching will mean not the recruitment of great minds who are too clever to be bothered to get trained but a race to the bottom. Unqualified teachers will be cheaper and more disposable.

The point is that there is a need to establish a base line to protect the profession – and children – against attempts to cut corners and teachers who haven’t understood the basics of the job. In Tristram’s words in the debate “A great mind might produce a great teacher, but a common standard of training is far more likely to ensure that that is the case most of the time” and “people need more qualifications to get a job in a burger bar than to teach in some English schools.”

Courtesy of John Bolt at Education for Everyone

No responses to “Paxman, Hunt and the QTS issue”