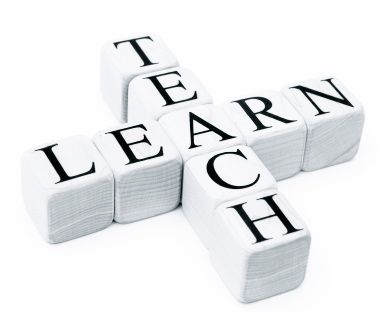 #Blogsync: How would I improve the status of the teaching profession?

Teachers don’t need their status raised in the eyes of the public. Telling people that you’re a teacher, especially one who works in a secondary school, generally garners immediate respect. People will tell you that you’re brave, and how they couldn’t do it, and how important the job is, and that they take their hat off to you. So for public PR we probably shouldn’t bother.

A bigger issue is that teachers often talk  down the job, especially to their own children. “Better become a shopkeer, actor…. Pondcleaner!” they say. Being a teacher is also not sexy sounding. What normal person wants to spend year after year saying the same words to different faces? Who wants to deal with the raging hormones of teenagers and the daft mistakes they consequently make? (Those remarks, ironically, are what I said when I helped TeachFirst’s first recruitment team find a university room for running recruitment sessions in 2003. I helped, of course, but I thought they were deluded).

What later changed my mind was that TeachFirst made rethink about teaching as a profession. I know this isn’t what TF is known for, and no doubt several commenters will spend time below the line focusing on all its negatives, but TF does do high quality and continuous learning for its teacher participants very very well. So well that it made me see teaching as something to be incredibly proud of, no matter who tried to put me off doing it.  Sure, some of this in the hype  - the adverts, the schmaltzy videos, the “mission statement”. But the best thing about TeachFirst is the continual professional development you receive. These are the parts many of its critics don’t see: the school competition where participants compete for funds to run extracurricular activities, summer internships spent creating curricula for charities or working with policymakers, the chance to mentor new participants when you return to summer institute, participants being coached towards goals they set for in their second year, plus endless access to workshops, training days, and an active online community. And this isn’t just over the two years of the programme. It continues after that. By my third year of teaching I was training new participants at Summer Institute and evening workshops, and I could attend annual conferences, dinners, residentials where some of the top thinkers in education were speaking (some free, some very reasonably priced and always at times that fit around schools). These experiences meant I learned about teaching beyond my own context, and I worked with participants in many schools, all of which helped make sense of the increasing levels of responsibility I was facing.

For me, these activities helped me learn about teaching and helped me do a better job. That was why I took part. But they also meant when talking to other people about my job it sounded, frankly, cooler. Friends in “top jobs” drew parallels with their own work and commented that teaching involved more than they expected. Teachers didn’t “just” teach, they were also involved in a “profession” that develops, and teaches each other, and influences policy. Other groups are seen this way – doctors, nurses, police commanders – and it’s quite proper that teaching be considered the same way.

Still, it has never felt right to me that teachers coming through other routes didn’t get these same opportunities. Both local authorities I worked in provided some similar opportunities but not anything on par with TF. Academy chains and Teaching Schools might also lead such provision, but it can’t be ensured. And while TeachFirst does a lot it is only a small organisation that trains a tiny percentage of new trainees, it can’t do it all or alone. To raise the status of teaching as a profession there must be opportunities for every teacher to enact and develop their professionalism. This is why I support the revamp of the Royal College of Teaching, and why I support the idea of teacher licencing (as long as it is linked to developmental activities beyond one’s own school).

Not only would more access to continued teacher learning improve our own practice, it also enables people in other fields to see that ‘teaching’ is a complex, growing, engaging, innovative field. Or, at least, that it involves a lot more than just saying the same words to different faces year-in and year-out.

No responses to “#Blogsync: How would I improve the status of the teaching profession?”