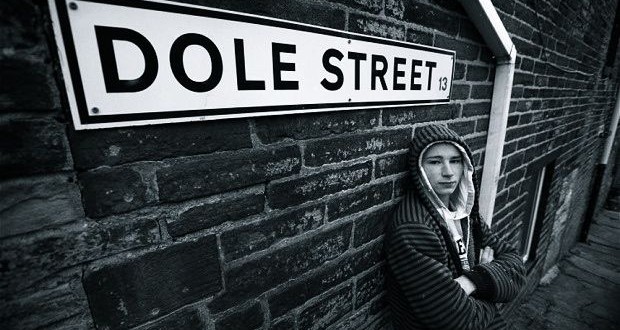 Latest figures from the Office for National Statistics (ONS) reveal that the level of long term youth unemployment has reached its worst since 1994. With 115,000 18-24 year olds out of work for longer than two years now, the UK government is creating a jobless generation.

The Jobs Crisis for our Young People

Long term youth unemployment has risen to four times 2004 numbers during the last decade. But it has tripled in just the last three years. To be clear, during the tenure of the Coalition government, the numbers of 18-24 year old out of work for more than two years has risen from 25,800 in April 2010 to 115,000 today.

So why are 18-24 year olds faring so badly? In essence, they are the least equipped competitors in a disaster of a jobs market.

On top of hidden unemployment, the UK also has an ever growing problem with underemployment; the case of people unable to find jobs with sufficient hours/pay to meet their needs.

We have also seen the rise of ‘zero hour’ contracts. Almost unheard of a few years ago, more than a million UK workers are now under these contracts. These contracts have no specified working hours – meaning that an employee is placed on permanent stand by until or unless the employer needs them. While classed as employed, the person has no wage security as they cannot guarantee their pay from one week to the next.  They also receive no sick pay, leave or other basic terms and conditions.

The Office of Budget Responsibility (OBR) predicted that 900,000 public sector jobs would be lost between 2010/11-2017/18 due to planned budget cuts. However, the government is actually shedding jobs faster than the OBR predicted. So far, in just year 3, the government has axed 631,000 jobs – and this is set to rise to 1 million by 2018. The government statistics of 874,000 jobs created in the private sector rings hollow – these consist of the low wage, part time, zero hours contract non-jobs referred to above.

In short, the chances of getting a full time job, with a living wage and decent terms and conditions is difficult enough for those bringing experience, qualifications and sound references. For those young people without such assets, it is nigh on impossible.

To exacerbate matters, more than a quarter of all advertised jobs require applicants to have a degree. This is up from just 1 in 10 in the mid 1980’s. Despite the jobs pool being further restricted by this stipulation – even 1 in 10 graduates are now unemployed 6 months after finishing their degree. So what hope for a young person leaving school with poor or no qualifications?

The System Does Not Work

In response to this appalling jobs news, a spokesperson for the Department for Work and Pensions told the Mirror:

“It’s an issue that we are absolutely determined to tackle which is why we introduced the Youth Contract, a package of measures offering support and increased opportunities to young people.”

But the £1bn Youth Contract has recently been declared a failure by its own advisors.  Once again, the government is touting the success of a policy which has been acknowledged as a failure.

Dismissing people from a decently waged, full time job with a pension, annual leave and employment rights in order for them to be forced through fear of destitution to accept poverty wages in unsecure and underemployment, or long term unemployment is not an employment policy.  Neither is it an economic policy.  It is a short term wheeze that will flatter jobs and economic growth figures for a few years, while creating a lost generation of young people who never stood a chance.

Don’t get angry, get involved!

Youth Fight For Jobs – check out this jobs and education campaign for young people, by young people.  Lend what support you can.  Share information from the page.  Attend protests!