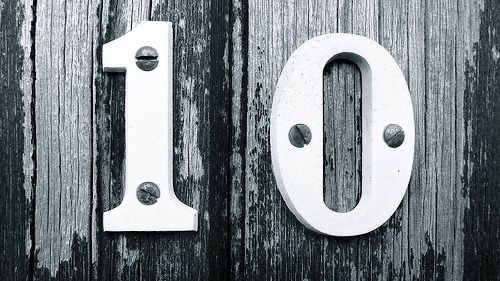 Here’s our list of ten frontline blogs we’ve particularly liked from the week of 26th August. Let us know which posts we’ve missed and which other bloggers we should be following for next week’s list.

Thomas Neumark examines how hard it is to improve the perceived quality of social housing when society is so unequal. Posted on Dream Housing.

Is Eric the blot on the landscape?

Sheila Spencer challenges Eric Pickles to move on from the ‘great bin crisis’ to address the real problems in housing today. Posted on Red Brick.

Hannah Paterson is concerned about the impact that Conservative proposals to restrict housing benefit and other benefits will have on young people. Posted on 99% Campaign Blog.

Should a consultant be a local government leader of tomorrow?

Toby Blume is depressed that a private sector consultant has won the Guardian’s Local Government Leader of the Future Award. Posted on random musings from civil society.

Get the diagnosis right

Vicky Pleydell warns of the danger of the ‘quick fix’ approach to health care and encourages clinicians to really listen to their patients. Posted on Vicky’s Voice.

Jim Brown reflects on what the outsourcing of probation will mean for staff currently employed in the Probation Service. Posted on On Probation Blog.

Transparency of the motives for the Lobbying Bill

Are organisations hotwired to look towards central government?

Puffles argues for opening-up policymaking to much greater public scrutiny. Posted on A dragon’s best friend.

For the latest frontline and independent blogs, see our new sister site Guerilla Feed and follow the site on Twitter @guerillafeed

No responses to “Frontline Friday 30th August 2013: Our favourite frontline blogs this week”