Prejudice or privilege? Some difficulties with privilege-checking

A couple of weeks ago there was a fairly spirited exchange between the former MP Louise Mensch and the feminist writer Laurie Penny over the phrase “check your privilege”, which started out as a feminist term on Livejournal, and has turned into something of a Twitter trope. It’s mostly (though not exclusively) used in online feminist debate. Louise Mensch isn’t a fan of it.

And that is what the modern feminist movement has become. Full of intersectionality, debates about middle-class privilege, hand-wringing over a good education (this is again “privilege” and not well-deserved success), and otherwise intelligent women backing out of debates and sitting around frenziedly checking their privilege.

Telling someone to “check their privilege” isn’t the same as censoring or silencing, but to people who aren’t often introduced to the concept that they might be wrong, it can sometimes feel that way. When someone asks you to check your privilege, it doesn’t mean you should stop talking – it means you should start listening, and sometimes that involves giving the other person in the room a chance to speak. That’s what often upsets people most about the whole idea. It’s about who gets to speak, and who has to listen, and social media is changing those rules.

I’ve been pondering this for a while, and I’m going to give a list of what I think are some of the problems with privilege-checking. Some have suggested that the only people who have an issue with being asked to check their privilege are those who are privileged themselves. Given that I’m white, male, straight, cisgender, middle-class and able-bodied, quite possibly I may be guilty as charged here.

But here’s something I’ve noticed about the often-virulent arguments between feminists on social media (anyone who says, “If feminism ruled the world, there’d be no war” doesn’t have a Twitter account). These are debates where I’m at best an ally and at worst merely an outside observer, but when I’ve criticised some of the discourse, I seem to get an easier ride than when those on the inside say the same thing. Why are those involved expending so much energy to hurl vitriol at other feminists like Louise Mensch, Caitlin Moran and Helen Lewis? Why aren’t they flaming me?

I suspect that might be one to file under, “Be careful what you wish for”.

Anyway, here’s what I think are some of the problems with saying, “check your privilege.”

1. Not all privileges and oppressions are immediately apparent.

When someone says “check your privilege”, it suggests that they know what privileges the other person has. Trouble is, there are plenty of hidden oppressions and privileges. A history of mental health problems and/or childhood abuse, for example. I recently spoke to a woman with an anxiety disorder who got Twitterstormed by various feminists who (wrongly) interpreted a comment by her as transphobic. Getting bombarded with abusive messages telling her to check her privilege for several hours prompted a mental health relapse.

Even apparently straightforward privileges/oppressions might not be especially visible, especially if all you know about someone is from their social media profile. I spoke to a woman who’d been accused of showing her “white privilege”. When she pointed out that she’s actually mixed-race, she got the retort that since she could pass for white, she still has white privilege.

I’ve actually seen some suggestions that Stephen Fry, when talking about his mental health problems, is doing so from a “privileged” perspective. Admittedly that was said before he disclosed his recent suicide attempt, but even so, do we really want to tell people with a mental illness to check their privilege? Sounds a little too close to, “Chin up, you could be starving in Africa.” 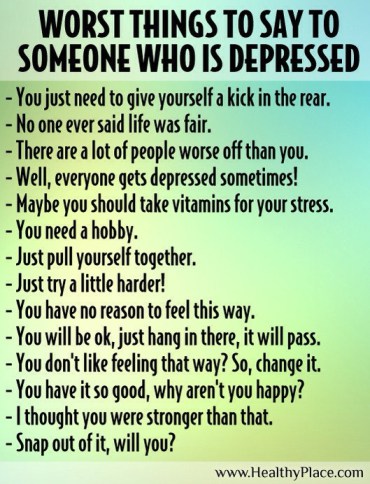 This point leads me onto the question whether we should really be talking about prejudice rather than privilege. There seems to be an assumption in “check your privilege” that more privileged = more prejudiced and more oppressed = less prejudices. Okay, there’s plenty of examples where that’s true, but by no means always. George Orwell was educated at Eton, and went on to become one of the sharpest observers of injustice and the abuse of power in English literary history. Or there’s Joe Strummer, the son of a diplomat.

Sadly it can also be the case that some people subject to various oppressions can internalise the oppressor’s logic, and even applying it to their fellow oppressed. There isn’t a shortage of people on benefits who will tell you that there’s too many benefit scroungers in this country – though they’d frequently be mortified if someone suggested that they might be seen in the same way by others. Likewise, a while back I had a conversation with a Nigerian-born woman, and was surprised to discover that her views on immigration were well to the right of mine. She simply didn’t view herself as that sort of immigrant.

4. Privilege isn’t the only thing that affects prejudice.

Don’t get me wrong, I’m not saying privilege doesn’t affect prejudice. It can affect it a lot. But it’s not the only thing – what about your life experiences, the people you’ve met, your cultural background, the books (and blogs and Twitter feeds) that you’ve read? this is why I think it’s better to have a wider discussion about prejudice (of which privilege can be a part) rather than talking simply about privilege.

5. It talks at people rather than with people.

Laurie Penny insists that “check your privilege” is an invitation to listen rather than telling someone to shut up. That’s fine in principle, but having seen it used in various Twitter flame-wars, it’s clear that all too often it does get used as a shorthand for, “You are male/white/straight/cis/able-bodied therefore argument invalid.”

And even if it is used as an invitation to listen, is the other person also listening? I actually agree with Penny that social media is changing the way people communicate, but for slightly different reasons. Social media changes the old world of books and newspapers from one in which ideas are presented to the public, into one in which those ideas are co-created by people talking and listening with each other rather than ateach other.

I’ve actually found blogs and Twitter to be powerful tools in challenging and reshaping my prejudices. I can hear about the lives of prisoners through @PrisonerBen or sex workers such as @itsjustahobby or @pastachips - two groups that tend to be talked about or to rather than with. Just recently I’ve been reading about the experience of having a gender identity that doesn’t fit into a binary male/female divide from @halfabear and @jaspergregory – a group that’s barely written about at all. But these people didn’t change my thinking through, “I’m going to tell you about your life and what you think”, which is what “check your privilege” does. They did so by saying, “I’d like to invite you to hear about my life and my thoughts.”

Ultimately, I don’t think people’s views are changed by simply tweeting “check your privilege” at each other, and in that sense it fails in its purpose. It doesn’t get the recipient to think differently. If anything, it’s the obsolete old media thinking of talking at people rather than with them. I think views are changed through civil constructive discourse where people tell each other about their own lives rather than presuming to tell someone else about theirs.

Courtesy of Phil Doré, also known as Zarathustra, at The Not So Big Society

No responses to “Prejudice or privilege? Some difficulties with privilege-checking”