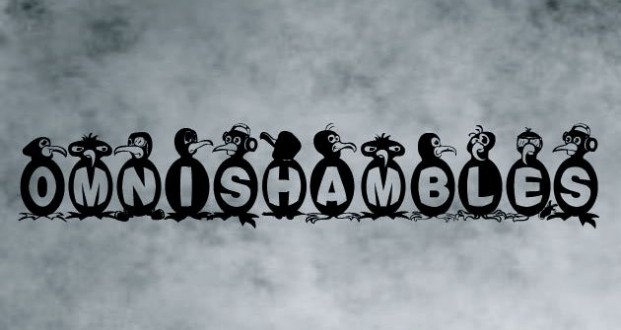 By all accounts the Napo Lobby at Parliament yesterday went well with over 270 members packed into two committee rooms along with 40 MP’s and Peers. It would seem there’s still some scope for the parliamentary process to cause trouble for the minister Chris Grayling in the coming weeks.

I’m not sure how his welcome speech went down with delegates down the road at the QEII conference centre, but I see one delegate was moved to tweet somewhat sardonically:-

“Congress, the probation service is effective and cost effective…so I thought I’d privatise it and sell to those with a record of failing”

Joe Kuipers felt the minister was in rather a hurry to make his speech and get off back to the Commons, but I notice he couldn’t avoid David Masterson, deputy chair of Greater London Napo branch, who button-holed him outside and apparently got him to state that “probation didn’t need saving”. 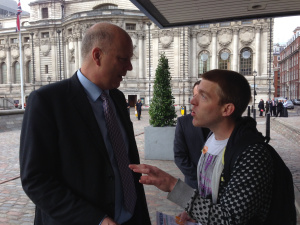 For those who are possibly pondering the following question:-

So what of Mr Grayling himself, does his background and character suggest a man who can be trusted to oversee what on any view represents a new frontier in the boundary between public and private sectors in criminal justice and affecting more than 240,000 supervisees?

The answer can be found here on a blog post entitled ’Chris Grayling : attack dog with lemming tendencies’.

Meanwhile, the whole TR omnishambles seems to roll on relentlessly with G4S advertising for a Head of Operations (Rehabilitation Services) at £85,000, clearly indicating that they are confident of winning significant probation contracts, SFO enquiry notwithstanding. I notice Frances Crook of the Howard League has been told the enquiry hasn’t even started yet. I wonder why?

This blog post by Simon Bastow on the LSE website picks up on the damning HMI report on HMP Oakwood mentioned yesterday. This new prison, run by G4S, yet again demonstrates significant problems with inexperienced (cheap) staff and the author sees similar issues likely to feature with the TR contracts:-

More broadly, there are important lessons for government’s radical plans to open up the provision of probation services to the private and third sector. Radical reform may be fine in and of itself, but to do so without allowing existing public sector probation trusts to submit applications to run services (either unilaterally or in collaboration with private or third sector organizations) runs the risks of exactly the same type of large-scale experience-deficit problems occurring. Government has announced funding to support mutual bids from public sector staff, but it not clear what kind of impact this will have in competition with large and well-organized private/third sector offers.

So to expect these brand new and large-scale regional probation contracts to go from scratch to high impact is naïve. But to do so while at the same time actively side-lining a vast wealth of actual existing probation experience across a whole public sector system seems to risk the same kinds of problems down the line.

Just in case there is still any doubt as to what happens when public services are privatised, I see that the French catering firm Sodexo have just announced 200 redundancies at HMP Northumberland. They are due to take over the running of this establishment in December, which is actually the result of amalgamating the former HMP’s Acklington and Castington.

Finally, according to this piece on the Third Sector website, the initial enthusiasm by charities and other third sector organisations in wanting to bid for probation work seems to be waning:-

Clive Martin, director of Clinks, said he was pleased by the level of not-for-profit involvement in the programme, but was cautious about whether sector organisations would find themselves with the capacity to bid for prime provider contracts.

“At the moment there isn’t much detail,” he said. “We aren’t sure that the high level of interest will lead to anything. At the moment all you have to do is tick a box to say that you’re interested. You don’t have to meet any criteria.

“The detail is so vague that there’s little understanding of the risk capacity or scale required. So the drop-out rate of sector organisations might prove to be quite high.

“I’m hopeful, but not certain, that sector organisations will win some prime contracts. I’m not sure whether they’ll be existing organisations or spin-outs from the probation trusts.

No responses to “Omnishambles update 22”