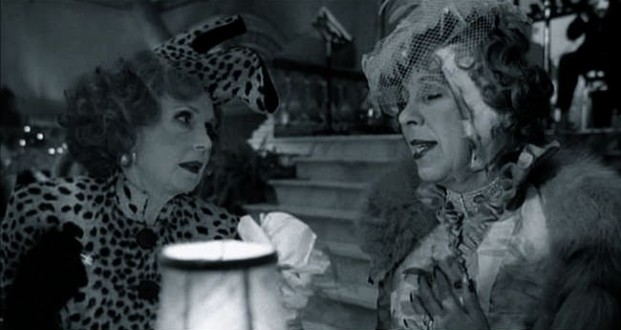 August has arrived and the Transforming Rehabilitation omnishambles rolls on with full cooperation from Probation Trust boards and management citing ‘contractual’ obligations that effectively prevent any other course of action. How they must be laughing down in London at the ease with which they’ve all fallen in to line and are following orders. As one Chief puts it:-

A lot of detailed work is taking place during August on Transforming Rehabilitation Plans. Until this is complete, there is little further concrete information about the issues which will affect us.

You know what really gets my goat? The sheer banality of the tweets still emanating from Chiefs, whilst their service’s are literally being prepared for dismantling around them. It’s like everything is normal, business as usual. The contrast is utterly surreal and brings to mind a scene from one of my favourite films, Brazil. A terrorist bomb explodes in a restaurant, but the Maitre D swiftly erects a screen and enthusiastically entreats the dining guests to continue, ‘bon appetite!’ he says enthusiastically.

As this Trust briefing explains, the starting pistol is about to be fired, signalling the start of a free-for-all scramble by profiteers for our work, but there are some ethical and practical problems ahead :-

The Ministry of Justice (MoJ) is about to launch a competition to find new providers from the private and voluntary sector to deliver probation services as part of the Transforming Rehabilitation programme.  To ensure the competition process is run fairly and with integrity, the MoJ has produced Principles of Competition which include guidance to Probation Trusts on the need to put ‘ethical walls’ in place.   Ethical walls are information barriers to enforce data separation between groups within an organisation.  They enable organisations to control access to sensitive information and avoid conflicts of interest.  This is of particular importance for Trusts, such as xPT, which have staff involved in developing an employee-led mutual. All xPT workers, whether employees or otherwise, are already bound by a duty of confidentiality to the organisation.  Ethical walls are an additional measure to ensure that there is no advantage or disadvantage to any potential provider.  They are needed because some xPT staff will have access to commercially restricted information.  Other staff will be involved in developing the proposed employee-owned mutual and must not be given any competitive advantage over other bidders. Both groups of staff will be required to sign a declaration prepared by the MoJ.  xPT must ensure ethical walls are in place by 6 August and must provide MoJ with a register of those who have signed a declaration.

Meanwhile over on the Napo forum website, I notice this contribution from someone giving voice to a view which we all know is only too prevalent, indicative ballot or not:-

Even if we took industrial action, strikes or otherwise, I do not believe there would be any change to the Tory plans as it is based on pure dogma…….public bad, private good…..they are in power & I believe nothing we do will change the outcome.
I believe there is a strong argument for NAPO & Unison to not waste resources on a battle that will be lost but to focus on ameliorating the effects on members - defeatist?…perhaps, but I strongly believe this is a battle that we have lost before if has properly started.

It might be felt to be naive, ‘ameliorating the effects on members’, but deep down we know full well that this is the typical view of many rank and file members. It’s no good quoting the recent indicative ballot, because we still don’t know what the turnout was. That can only mean it was embarrassingly low, but not coming clean about it straight away was a very bad call. Even under new management, one begins to wonder about the ability of Napo to make sound decisions. Come on guys, don’t you know bad news has to be handled head on?

I’m grateful for someone pointing me in the direction of an interesting letter ’Sleepwalking into calamity’ on the ‘Inside Time’ website and written by a serving prisoner. I hope they will not mind me quoting it here:-

The companies which comprise what I term ‘Prison Corp International’ have manoeuvred its paid spokespersons. i.e. politicians, into a position where this country’s judiciary, as well as the Prison Service, under Home Office duress, has no other option but to cede to privatisation. May I say that this is a pre-planned and methodical assault upon the core values of democratic doctrine. It has all taken place before, as I witnessed in the USA during the 1980s and 1990s. Today US prisoners are looked upon as cash commodities in every way, which borders on legal human trafficking. The corrections industry, alongside tourism, has now become the fastest growth industry within the United States. As a direct result, vast swathes of the predominantly lower classes have been rendered socially obsolete thus adding to the accelerating economic and social decline of that country. The media won’t tell you just how hard life has become for millions of American citizens, yet our own country is seemingly hell bent upon its own self destruction as well. I guess we are just doing what we are told – like moths to a Bilderberg flame.

As in America, we can expect that the Probation Service will be put out to tender. Like the US, the probationer will have to pay for the privilege. It costs between $30 and $40 for each visit from Probation and you will be violated and returned to jail if you are unable to pay. The homeless are especially vulnerable and so what starts as a one month jail sentence for sleeping on a New York park bench turns into a lifetime of perpetual prison return. I predict that the new retirement communities of the future poor in this country will be prison establishments. As a homeless man myself, I have spent the best part of 12 years behind bars. This current sentence is now my 53rd since 2002. That should be proof enough. Also, it is my prediction that vital and truthful media, such as Inside Time, will eventually be forced to cease publication by the conglomerate-run State, as knowledge inspires dissent. As for the British taxpayer, who is sleepwalking into calamity, all I can hope is that this saying may still be true – you can fool most of the people…. Don’t say you haven’t been warned.

Meanwhile, the political classes continue to treat us, the electorate, with utter contempt by packing the House of Lords with yet more of their cronies. Not an independent cross-bencher amongst them, it’s disappointing to see even Doreen Lawrence agreeing to become beholden to a political party.

Finally, no doubt as part of coping with all the stresses this blog is introducing me to, I’ve found a new outlet in addition to alcohol and it’s a BBC1 tv programme called ‘The Sheriffs are Coming’. A bit like ‘Watchdog’ only with menaces, I find it the perfect antidote watching truly enormous men executing High Court writs for outstanding debts, typically on society’s most loathsome in the form of dodgy garages, wheel clamping bandits and other assorted con-merchants.

What does it for me is not just the triumph of right over wrong, it’s the utterly calm and controlled way these guys demolish every single argument put up by the debtor. The endless bullshit of denial, lost post, legal rights, etc etc, all very familiar avoidance tactics to probation officers, only they invariably dissipate as realisation eventually dawns that there’s no way out and it’s either pay the cash there and then - no cheques - or the car, van, computers, jewellery or even aircraft are seized. Love it!

No responses to “Omnishambles update 13”