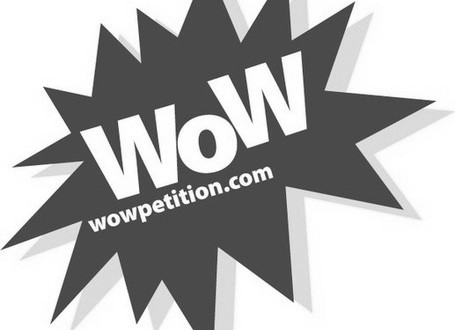 When I reviewed the provisions of the UN Convention on the Rights of People with Disabilities, by reference to a Report from a Joint Committee on Human Rights published in March 2012, I suggested that the Government’s failure to perform a cumulative impact assessment of its reforms, its response to the WOW Petition and its refusal to engage even with an mp (Michael Meacher) who supports the call for a CIA (all of which prompted that post) could breach the Convention. Last week, during a Commons debate on the need for a CIA Employment Minister Mark Hoban repeated the DWP’s line that it’s just too difficult to carry out a CIA and was mocked by Liam Byrne who suggested that if the UK can host the Olympics, participate in space programmes and have military operations abroad its government ought to be able to carry out a CIA. I’ve finally started to go through the rest of the Committee’s Report on the UK’s implementation of the Treaty and the Committee had this to say on the then Welfare Reform Bill (it received Royal Assent a week after the Committee’s Report was published):

“In our legislative scrutiny Report on the Welfare Reform Bill we noted criticisms of the impact assessment process for that Bill. Equality impact assessments were not published by the Government until the Bill was in Committee in the Commons, and, while equality impact assessments have now been published for distinct parts of the Bill, these do not attempt to assess the cumulative impacts of multiple provisions in the Bill on particular groups with protected characteristics. This is of concern, since at least some individuals will experience these changes cumulatively, and their impact needs to be understood in this way. For example, a disabled person may find that they lose their lower rate DLA, and therefore become subject to a cap on their housing benefit such that they cannot afford to remain in their home. Moving may disrupt informal patterns of care and support at the same time as they have increased reliance on these supports.”

“We are concerned that the UNCRPD, and Article 19 in particular, does not appear to have played a central role in the development of policy. Inadequate attention has been paid to the impact of relevant policy on the implementation of the UNCRPD, in contravention of Article 4(1) and 4(3). We recommend that the Government make a clear and unequivocal commitment to Parliament, equivalent to that which it has already given in relation to the UN Convention on the Rights of the Child, that they will give due consideration to the articles in the UN Disabilities Convention when making new policy and legislation, and in doing so will always consider relevant recommendations of the UN treaty monitoring bodies.

“However, if properly carried out, equality impact assessments provide an important mechanism through which to ensure policy achieves desired goals and avoids unintended consequences, and help to demonstrate transparency and accountability. We recommend that they should be produced early in the policy-making process with the full involvement of those likely to be affected by the policy.

“Given the breadth of the current reforms, the Government should publish a unified assessment of the likely cumulative impact of the proposals on independent living, and set out any relevant mitigations through the Disability Strategy. The relevant strategies in the devolved administrations should also include such mitigation plans.

“Our evidence suggests that equality impact assessments have not played an important part in assessing the impact of recent policy on disabled people in the context of the UNCRPD, because of poor quality, or untimely, EIAs. There also appears to be some confusion over the requirement to conduct EIAs, which the Government should clarify.”

So, the Committee said that in March 2012. You’d think we wouldn’t need the WOW Petition. You’d think the Government would take these conclusions on board and act on them. Instead, in November 2012 David Cameron announced at a CBI Conference:

“But let’s have the courage to say it: caring about these things does not have to mean churning out reams of bureaucratic nonsense.

“We have smart people in Whitehall who consider equalities issues while they’re making the policy. We don’t need all this extra tick-box stuff.”

“So I can tell you today we are calling time on equality impact assessments.”

Apparently the “smart people in Whitehall” conveniently forgot about the Committee’s Report. Even before that speech, in May 2012 the Government had launched a review of the Public Sector Equality Duty. It called for evidence but, crucially, said it wouldn’t be opening the subject up to consultation. Why’s that crucial? The obvious reason is because it would meet with opposition but the other reason for the purposes of this post is that the Committee’s Report on the Disabilities Convention also considered the issue of consultation. It seems obvious to me that the Report’s conclusions on both consultation and EIAs would also apply to Cameron’s plan to drastically scale back the use of EIAs where disabled people may be affected by proposed policies. The Committee concluded:

We are disappointed that the English specific duties under Section 149 of the Equality Act no longer encourage the involvement of disabled people. This is a retrogressive step. The Government should actively promote involvement to public authorities as a means of meeting their Equality Duty and in order to comply with the UNCRPD.”

The Report noted that consultation does happen on various levels but also that some people felt that consultation tended to be with “the usual suspects” ie household name charities. Then Disabilities Minister Maria Miller’s defence of the Government’s record included the boast that they’d had over 5,000 responses to the Consultation on the replacement of DLA with PIP. I’ve checked. The DWP received 5,500 reponses, nearly 2,500 of which came from individuals. Protests at the reforms were met with the response from Miller at the time that they were symptomatic of problems with the existing system, demonstrating that one key to effective consultation with disabled people is whether policy makers are actually willing to listen and engage with them – Miller wasn’t and I’ve seen no evidence since that any DWP minister is.

The Report didn’t specifically address the issue of activists like WOW, Spartacus and Pat’s Petition. Disabled people are grouping together, carrying out research, professionally writing reports like this one (pdf) and taking to the streets in protest. Disabled people are stakeholders and clearly don’t feel the various relevant charities are contributing enough to the policy making process. Rather than being treated as stakeholders, activists are ignored at best. At worst they’re subjected to scorn and derision, facing the accusation that you can’t be that disabled if you’re able to give a detailed professional response to a consultation, organise opposition through social media or attend any relevant meeting or protest. Paul Maynard MP went even further in the House of Commons on 10 July, accusing disability activists of being “extremists”. From where I sit, if you have a vocal group of disabled people and their carers who want to engage you over your reforms, it’s shameful to ignore them and disgusting to try to undermine them with language usually attached to religious fundamentalists and terrorists. In fairness to Maynard, Carer Watch has reported he regrets his use of the word, following communications between Carer Watch and him.

This is a long enough post already so I won’t say anything more about Maynard but the fact is that nearly 50,000 people have signed the WOW Petition. I’m one of them and, if you aren’t yet I’d urge you to become one. The WOW Petition is necessary because the Government refuses to listen. It refuses to engage with disabled people. It refuses to acknowledge that the arguments for a cumulative impact assessment have merit. As I said in my earlier post on the Convention, individuals can’t bring claims against the Government solely on the basis of a failure to comply with the Convention but that doesn’t mean it’s not binding on the Government or that the UK courts and the European Court of Human Rights can’t rule that breaches have occurred in appropriate cases (see my earlier post for more on this). Apparently, the UN has also been made aware of the situation.

The UK should’ve been leading the way, setting an example for the countries it encouraged to sign the Convention. Instead this Government been guilty of wilful ignorance over the most basic of issues (namely whether the Convention is binding on the UK at all), has deliberately introduced reforms which take the rights and living standards of disabled people backwards and has done so without appropriate consideration of the consequences of its actions. The result has already been a reduction in the independence of disabled people and an increase in poverty among disabled people. Yesterday David Cameron launched the hashtag #DisabilityConfident. I’m confident of this: many more disabled people will suffer as a result of his Government’s policies if it doesn’t change course.

No responses to “WOW, impact assessments and consultation”