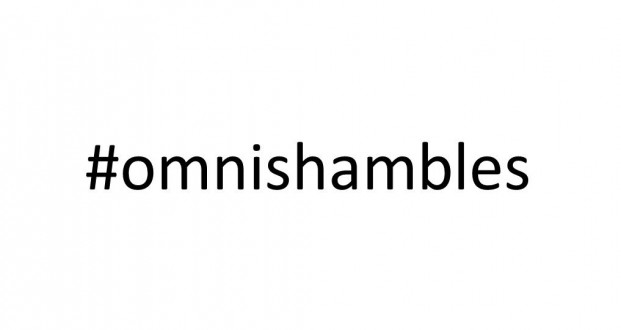 Another week - and therefore another potpourri of bits and pieces relating to the developing probation omnishambles.

The MoJ statistics published recently for the PbR pilots at HMP Peterborough and HMP Doncaster continue to attract much analysis and comment. I must be honest and say at the outset that I don’t really understand all the terminology, so I’ve selected quotes that I believe convey the gist and leave others rather more knowledgeable than I to plough through the detail.

“Bringing about ‘rehabilitation revolution’ in the prison system was never going to be easy. This is an area, after all, that has suffered from a persistent sense of fatalism over the decades about the extent to which prisons can or should be expected to rehabilitate. And the fact that the system has prided itself on running at close-to-tolerance levels of capacity day-in day-out has also sustained a healthy appreciation of the constraints on the realms of possibility in this area.

So the PBR pilots at Peterborough and Doncaster have afforded opportunity to see what is or may be possible when prisons and those that work in them are directly incentivized to focus on rehabilitative outcomes. What might we expect in terms of reduction of reconviction rates from such explicit attention? And what is the potential for changing cultures and mind-sets around rehabilitation? This interim report provides a useful insight into the size of the challenge.”

“What should we make of these results? Not surprisingly, Chris Grayling and the Ministry have described them as ‘encouraging’, heading in the right direction, and so on. Indeed, as the report shows, national reconviction rates have continued to climb, whereas the pilots have shown that trends can at least be set in reverse.

Four to 6 per cent change, however, seems modest. One might expect an individual prison, incentivized explicitly over at least two years to reduce the rate of reconviction amongst 700 or 800-or so prisoners leaving its care, would be able to make more than a 4 to 6 per cent impact. In Doncaster, this equates to changing the behaviour of 1 prisoner in every 20 prisoners released. In fact, as the report suggests, this is a continuation of a trend that had started in Doncaster long before the pilot was introduced. In Peterborough, the equivalent marginal impact is more like 1 prisoner in every 40.”

Figures for Peterborough show a 6% fall in the frequency of re-conviction, in the context of a 16% rise nationally, which looks impressive. We must be cautious though - this comparison is not of course one against a proper control group, let alone a randomised control trial, so it could be easy to over claim. Participation in the programme has been optional for prisoners and even though final results are to be measured against the full cohort, the results are bound to be affected by some sample selection bias. Furthermore Peterborough prison was carefully selected for this project, the governor is very engaged and most prisoners are released into the local area (rather than being dispersed around the country)-all factors which will have enhanced this pilot’s chances of working well.

There also seem to be some strange things going on in the national population that the MoJ compares the SIB pilot results to. There seems to be a very steep rise in frequency of reconviction events between the two periods September 2008 to March 2010 and September 2010 to March 2012. We see the same pattern with re-offending rates. Both these trends seem surprising especially after a fall in the reconviction rates in the earlier period, and this probably needs further investigation before we take it fully at face value as a ‘fair’ comparator.

Unsurprisingly less has been made of the results from the Doncaster pilot where the payment by results system has not been delivering the same apparent level of success. Here they adopted a binary measure of success, and achieved a 0.5% fall in re-conviction levels, compared with a national average fall of 0.3%. Of course we don’t know if these are good or bad figures given the lack of control group but these results do not give so much cause for optimism.

Even Toby Eccles of Social Finance has doubts -

Any caveats? A number. This is on the basis of six month reoffending, not 12 months, so one could argue that the impact of our programme may lessen over time. The comparison group, of wider national reoffending, is not as carefully defined as the comparison group that we have developed in the Peterborough model proper, where the reoffending rates of a matched cohort from the police national computer is used. Given this, the comparator group 16% increase over a two year period is something of an outlier, but it is all we have to go on.

It’s worth bearing in mind though that some people are questioning the whole basis of these MoJ statistics, so watch this space.

There’s growing evidence to show that the lawyers are having rather better success with their campaign to stop damaging changes to the Legal Aid scheme than we are with our battle to save probation. In an astonishing move, Dominc Grieve the Attorney General has effectively distanced himself from Chris Graylings key proposals in responding to a letter from disgruntled lawyers. Even Lord Neuberger, President of the Supreme Court, has made his views known about cuts to legal aid.

It’s going to take ages for the MoJ to plough through the thousands of lawyer responses to the consultation exercise and there have been hundreds of critical articles posted on the internet. If the combined might of the legal profession manage to force a u-turn on legal aid, I think Graylings days at the MoJ are numbered. Whether that will be good news for us or not is another matter of course, but one can hope.

Sadiq Khan the Labour Shadow Justice Secretary made a spirited defence of a public probation service in a speech last week, but as we all know it was the Labour Administration under Tony Blair that put the whole sorry mess in train when introducing contestability and altering the statutory basis of probation. Talking of such matters, it’s interesting to be reminded of what Nick Clegg said about probation when in opposition and at the time of our centenary. Politician’s words so often come easily and mean absolutely nothing!

Given that the aim of these ‘reforms’ is to save money, it’s interesting to read the recently published Ministry of Justice impact assessment of the proposals and amongst the gems are estimates as to the likely 70% failure rate of supervision and hence return to prison of the under 12 month people resulting in 13,000 recalls or prison committals, requiring 600 places:-

“Our best estimate is that there could be a cost of around £27m per year associated with breaches of licence and supervision conditions for offenders released after serving sentences of less than 12 months (and additional breaches from extending the supervision period for offenders released after serving custodial sentences of 12 months or more but less than 2 years). Our low estimate is a cost of £6m per year, and our high estimate is £42m per year.”

Today the House of Lords will be considering the Report Stage of the Offender Rehabilitation Bill and we can therefore expect some spirited opposition to the government’s daft and risky proposals. There is an excellent briefing document available here prepared by the Howard League. The level of debate in the Upper House is always far greater than in the Commons and of course there are huge numbers of non-party aligned cross benchers to liven things up a bit.

No responses to “Omnishambles update 7”