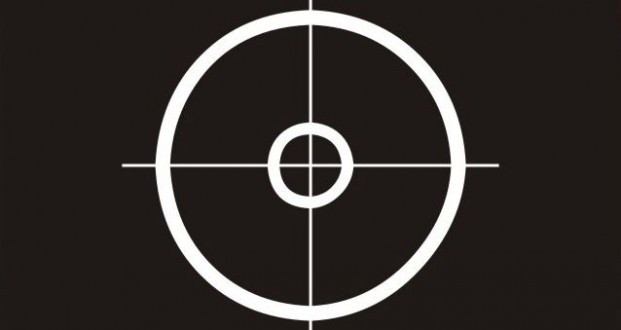 There are one or two stories from last week that I’ve neglected to pick up on due to my attention of necessity being focused upon the MoJ consultation exercise. In particular the Work Programme came under yet more critical scrutiny as the results of further research came to light on what effect the now infamous Payment by Results system was having.

The research was carried out by the University of Birmingham Third Sector Research Centre and gave yet more confirmation of what actually goes on under PbR:-

The study notes that ‘gaming’ – including creaming off those who are closest to the labour market, and ‘parking’ those who are hardest to help – is endemic within the programme. The research points to the overall lack of resource in the Programme and its structure and payment mechanisms, as the main reasons for this. Many providers in the study saw parking hard to help clients as a ‘rational response to payment by results’.

As this article from the Guardian graphically makes clear, the whole thing has been an utter disaster for many small third sector organisations:-

The study cites a small private-sector provider which complained that big corporate providers, known as “primes”, would keep “job-ready” customers for themselves while passing on more difficult cases to subcontractors. “It’s not being PC but I’ll just say it as it is … you tend to get left with the rubbish; people who aren’t going to get a job … If the [prime] thought they could get them a job, they wouldn’t [refer them to] someone else to get a job.”

The design of the system meant that providers offering specialist services targeted niche groups, such as homeless people and ex-offenders. The suggestion is that the people in this category are regarded as such a risk that the primes simply “park” their cases and do not pass them down the chain at all. So charities providing specialist services for these candidates are often getting no referrals, putting them under financial pressure. One private sector interviewee described the market for customised interventions as “a washout”: “Certainly for third sector providers that have a specialist niche, it’s a killing zone.”

All this behaviour by the ‘primes’ was utterly predictable of course and Richard Johnson writing in the Guardian should know because he used to run the Serco and Ingeus Welfare to Work contractors:-

This was evident from the outset, as soon as the Department for Work and Pensions (DWP) initiated the tendering process. Welfare-to-work companies either offered DWP untenable terms, and won, or went out of business. The organisations which offered no (or limited) discounts in the price competition of the tenders were those with substantial business elsewhere, notably G4S and Serco. Those who won the most contracts offered to do it cheapest.

Though the scant data that the DWP allows into the public domain two years on clearly indicate that overall performance is poor, and those who are the least job-ready are being ignored, the primes continue to call it all a big success.

Not surprisingly, this disaster has attracted the attention of Margaret Hodge and the Public Accounts Committee. Their report discussed here in another Guardian piece is about as damning as it is possible to imagine and raises the spectre of another Olympic security fiasco should one of the ‘primes’ fail:-

The programme was introduced in June 2011, at an estimated cost of between £3bn and £5bn over five years, but PAC said the performance in the first year or so fell well short of expectations.

Not one of the 18 providers met its contractual targets and their performance varied “wildly”, the report found.

The MPs warned that, given the poor performance, there was a high risk that one or more providers would fail and go out of business or have their contracts cancelled.

“Given the poor performance across providers, there is a high risk that one or more will fail – either they will go out of business or the department will cancel their contracts,” the report says. “The Department will need to keep a close eye on which providers are most likely to fail and must manage all consequential risks.”

The report also reveals that all 18 organisations involved in the Work Programme, which include companies such as A4e and Ingeus Deloitte, have been placed on “performance improvement plans” and that in seven cases, organisations had been sent formal letters warning of unacceptable standards.

The next set of performance data will be published in March, which PAC said should give the DWP a better idea about companies that may go out of business or have contracts terminated, and urged the department to prepare specific contingency plans should failure occur.

Hodge said, that although the Work Programme was crucial, its performance “was so poor that it was actually worse than the department’s own expectations of the number of people who would have found work if the programme didn’t exist.”

“None of the providers managed to meet their minimum performance targets. The best performing provider only moved 5% of people off benefits and into work, while the worst managed just 2%.”

None of this looks too promising for a similar Payment by Result contracting scenario for probation does it? Primes not delivering and a ‘killing zone’ for the third sector. What amazes me is that faced with all this blindingly-obvious and damning evidence, the ‘primes’ continue to be bullish about their ‘success’ and the DWP says things will get better. It’s utterly surreal.

A DWP spokesperson said: “The Work Programme gives support to claimants for two years and it hasn’t even been running that long yet, so it’s still early days. We know the performance of our providers is improving … Long-term unemployment fell by 15,000 in the latest quarter.”

Previous schemes, the department said, had paid out “too much up front regardless of success. But by paying providers for delivering results, the Work Programme is actually offering the taxpayer real value for money.”

Kirsty McHugh, chief executive of the back to work industry body, the Employment Related Services Association, said, “The public accounts committee should rightly focus on the Work Programme achieving value for money for the taxpayer, and data published by ERSA shows that the Work Programme is the most cost effective scheme relative to any comparable scheme so far.

The No10 petition can be signed here.

No responses to “The killing zone”