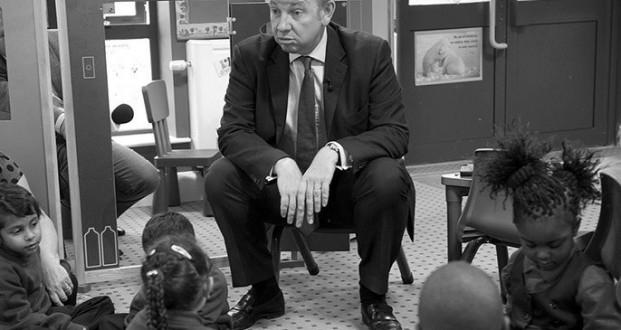 Puffles goes to school – and learns something from the children

Posted in
Originally posted on A Dragon's Best Friend

Some thoughts from spending an inset day with teachers and fellow governors at my primary school.

Some of you may be aware that I am a school governor at a state primary school in Cambridge. I started late last year – towards the end of a four year plan period, with the next one starting this term. Today I accompanied various representatives from the governing body and joined the teachers for an inset day, planning ahead for the next four years and looking at some ‘big picture’ questions.

Being a community champion

My role is that of a community governor – heart in the school but with eyes looking outwards to see what the wider city can give to the school and the children to enhance and support their learning. It links up nicely with the existing activities I do within the community, because here is something specific within my neighbourhood of South Cambridge that I can focus on.

I’m still finding my way around in terms of the role in general. If anything, I’ve felt a little overwhelmed by the responsibilities placed on governing bodies – along with the huge amount of paperwork and scrutiny. One of the reasons I volunteered as a school governor was to get a feel for the impact of Whitehall policy in my community. I spent years in Whitehall policy teams but never had to live the results of that work in my community. This is different – totally different. You get a feel for what it’s like to have the dark shadow of a Whitehall department and its inspectorates watching over your every move. Something I fear ministers and policy officials don’t really appreciate the impact of unless they have a role where they are accountable within their community. This was one of the reasons why in recent years governments of all colours have encouraged policy civil servants to volunteer in their communities.

Teachers working their socks off

They do. No. Really. While teaching can be incredibly rewarding, it is also incredibly energy-sapping – especially mentally. At a primary school level there is little ‘down time’ during the day. You effectively take the role of the parent but for up to 30 little bundles of energy and potential, day in day out. That is a massive responsibility – one that perhaps not everyone is cut out for. Hence the forever ongoing debate around teaching standards – which for me is just as much about management, leadership, systems and processes as it is about the teachers themselves.

Adults at the Greater Cambridgeshire Partnership spoke about what they want from young people on skills, but have the adults listened to the children?

Because my school (I was myself at primary school there over a couple of decades ago) carried out a very interesting exercise with children across the school: They asked the children through a series of structured questions to describe what their ‘perfect’ school day would look like – teachers, buildings, resources, parents, activities – the lot. The results were awe-inspiring. The exercise itself reminded me of something The Guardian started in 2001 – see here. The school is currently considering whether to make the document public – I’ve asked them to because I think it could have a huge impact on decision makers locally, as well as the wider community.

Design is inevitably an issue. As a matter of practice, one of the things I wonder about the current system of school building is to what extent consulting with the children is embedded in the design and planning process. In particular, when you ask the children what things they feel they need to improve their learning (or rather, what things are currently big barriers to learning) their answers are quite striking. It makes me want to compel every chartered surveyor, developer, town planner and architect to go through the process of engaging with children in schools in this manner so they get a feel for what the dreams, needs and fears of the unheard voices are.

Keeping up with modern technological changes is not cheap. Public sector procurement remains a sore issue generally, and I can’t see how the fragmentation of schools under the academies programme is going to help things along. In an era of continued public sector cuts, along with demands from business to have further tax cuts and tax breaks (that allow things like this), school budgets inevitably take a hit. Then firms complain that children don’t have the skills they need – as a few of them did at the LEP event I was at last week (See here). Well, sorry chaps but your demands for tax cuts and tax breaks have a knock on impact on how well schools in your communities are equipped. Rather than complaining to ministers or through various partnerships or trade associations, more of you need to take a direct interest in local state schools, volunteering your time, money and expertise. You may even find you learn something in the process.

They want to be stimulated, excited, inspired even. They don’t want to be stuck in a classroom being taught to a test on a curriculum micromanaged from the minister’s office. They want to engage with the wider communities, go on visits, have guests coming in to share their expertise – especially when that expertise is within easy reach of them. They’re energised by maths and science just as much as they are by art, drama and sports. They want variation in their learning – whether having quiet time alone undisturbed to learning together and across year groups. They want to take on responsibilities within their schools, and they also want some clear boundaries and expectations too.

I’m glad that the satisfaction from the parents and children at the school is very high. That’s not to say there isn’t room for improvement – there always is. What was nice about today was being able to have honest and constructive conversations about where there is room for improvement, how to go about it – and from my perspective, how I as a governor can get support from the wider community beyond the school to help the children, parents and teachers achieve it.

Children have a level of awareness that adults – in particular the wider communities beyond schools, underestimate at their peril

So how can our decision-making institutions engage with children and young people to get their views and opinions? With skills and learning in particular, what I’ve learnt from the survey of the children has spoken volumes about the huge gap in the knowledge of adults – especially those that may not have a day-to-day relationship with a school.

If some children are leaving school ill-equipped for the challenges of the modern world, that’s not the fault of the children; it’s the fault of adults. Adults like you and me. If youth unemployment is so high, that’s in part because we as adults have made conscious choices about our political preferences (even if we choose not to vote at all, not engage with politics or do positive things in our communities). It’s because politicians – in particular in Whitehall and Westminster – have made conscious decisions that have real consequences on the lives of people. That’s why the reporting of how MPs vote in Parliament is becoming more and more important. In the run up to election time we will need to hold them accountable for how they voted in Parliament, letting them know that excuses such as a three-line-whip or ‘I am convention-bound to back the Government as a PPS/junior minister’ may not hold water. (Labour in particular should note that in a social media age, the top-down control of the Blair/Brown era is looking increasingly obsolete).

So for those of you that are in decision-making roles, or have some sort of privilege (whether through things like education, affluence, health, contacts or even raw talent), how can you become part of the solution in your own local area? It doesn’t have to be something you dedicate every waking hour to – it could be something as simple as turning up to a local school concert or summer fair to broaden your horizons. Because one of the things the children taught me today was that just by showing that we care and demonstrating that children matter can go a very long way indeed.

And finally…engaging young people in politics

Just to finish, later on this academic year, I’m volunteering with the council team behind Shape Your Place Cambridgeshire to deliver some pilot citizenship workshops across the county (Cambridgeshire). In particular we’re looking to encourage young people at secondary school and further education to learn about local & national politics, and to encourage them to do some citizen journalism in their local areas using social and digital media. To remind politicians & political parties – particularly in Cambridgeshire, there’s a general election in 2015. The audiences we’re likely to start with are in further education. By the time the election comes around, most of them will have the vote.

Courtesy of Puffles at A Dragon’s Best Friend