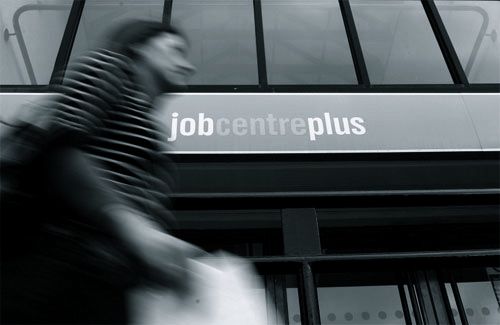 The perils of being a “vulnerable” benefit claimant

Today, the Commons Public Accounts Committee published its report into some of the activities of JobCentre Plus (JCP), managed by the Department for Work & Pensions (DWP). Despite being snowed under with other work, I’ve read some of the report with interest, since I know very well that sick & disabled people who are dependent on benefits are often treated very badly indeed by the system that’s supposed to support them.

As an aside, I dislike the word “vulnerable”, as it tends to be used in relation to most or all sick & disabled people, and there’s no automatic reason why people have to be considered vulnerable just because they happen to be disabled. However, I do think most sick or disabled people who are dependent on benefits are made vulnerable by the benefits system itself, which is steadily becoming less supportive and more punitive. Indeed, in a meeting I attended yesterday, we were reflecting that we really don’t believe punishing people and making their lives more and more stressful is going to “change their behaviour”, which in DWP-speak means “make them get a job”. Quite the reverse; the more punitive the measures taken against sick & disabled people and the more hardship they suffer, the more stressed they will become and the more their health will worsen. It’s not rocket science! If DWP doesn’t understand that, it’s because they don’t want to.

Anyway, back to the report. It doesn’t pull its punches, but it’s written dispassionately, of course, as befits a Parliamentary report. One of its principal concerns is that:

The Department [DWP] measures the performance of jobcentres by the number of people that stop claiming benefits.

As a disabled campaigner, this seems to me to encapsulate all that is wrong with the way DWP, JCP and their staff operate, at the behest of their ministerial team. The organisation is driven by the aim of removing support from claimants, rather than a more positive, humane and civilised aim of maximising their well-being – through work if that’s possible or through the support of benefits if it’s not.

I think the report strikes a good balance – it acknowledges that claimants need to do their bit to get a job if they can, but it points out that measuring how many people come off benefits is not the same as measuring how many get into work. Crucially, the Committee says:

The Department does not measure, however, how many people each jobcentre has helped into work or have a complete understanding of why claimants have left the benefit system.

Again, it’s not rocket science, and campaigners have long been especially concerned about what happens to people who are found “fit for work” at their Work Capability Assessment (WCA) but are unable to claim Jobseeker’s Allowance (JSA) because they’re actually not well enough to work. In theory, they could end up with no money to live on; this is likely to be an even bigger problem when mandatory reconsideration before appeal is implemented for Employment & Support Allowance (ESA).

The report also points out that the principal performance indicator (how many people stop claiming benefits) increases the risk that sanctions may be used to force people off benefits; the committee says:

The focus on how many people stop claiming benefits… raises the risk that jobcentres may unfairly apply sanctions to encourage claimants off the register.

They report evidence from Citizens Advice, who say they’re supporting increasing numbers of “vulnerable” clients who have been sanctioned – some of whom have little or no understanding of why their benefits have been stopped.

The report also finds that Employment & Support Allowance (ESA) claimants generally receive a worse service than those on JSA – unsurprisingly it seems it’s not only Work Programme providers who “park” sick & disabled claimants. However, the reality behind this finding is that in the real world, regardless of the Equality Act, an employer who receives hundreds of applications for a vacancy is much more likely to give the job to someone who is not sick or disabled. JCP advisers aren’t daft; on the contrary, I imagine they’ll be even more aware of this obvious reality than the rest of us, and when they’re under pressure to perform, will naturally prioritise those claimants who are more attractive to potential employers. In this context, the Government doesn’t appear to understand the basics of supply and demand in the labour market, so perhaps I should spell it out:  when there are many more potential employees than there are positions available, employers can be choosy; in these circumstances, blaming the sick or disabled person for not succeeding in finding employment is, frankly, cruel.

Finally, for this blog at least, there’s another humane conclusion from the committee:

DWP has a responsibility to ensure that more vulnerable individuals are able to claim the benefits to which they are entitled.

DWP managers need to repeat this mantra to themselves every morning and every night, for as long as necessary, and apply it in the way they run their Department and manage Jobcentre Plus. Otherwise, sick & disabled claimants, especially those with mental health needs or learning difficulties, will continue to suffer appallingly in a system that appears to neither know nor care what happens to them and their families.

And before I upload, I’ve just seen that the Telegraph has noticed the effectiveness and influence of the Chair of the Public Accounts Committee, Margaret Hodge. More power to her elbow!

No responses to “The perils of being a “vulnerable” benefit claimant”