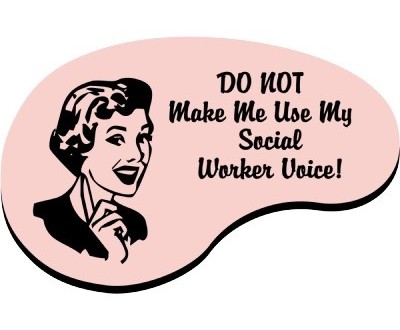 Frontline, the saviour of social work?

Thank god, or an alternative deity depending on your religious persuasion, Social Work has been saved!

Josh MacAlister , an ambassador of Teach First and Lord Adonis (served in the cabinet without ever being elected as he is a life peer) a Trustee of Teach First, have come up with ‘a proposed scheme called Frontline which aims to improve social work’s image and attract the best recruits to the profession‘.

Josh helpfully points out the problems that face us, Social Workers, in his paper ‘FRONT LINE Improving the children’s social work profession’. This includes the ‘fact’ that we are ‘poorly trained’ and the struggle ‘to recruit and train enough high-calibre staff’.

Josh illustrates the problems of Social Work citing ‘Baby P’ (he had a name Josh, it was Peter Connelly’) and Victoria Climbié, no surprises there. He goes on to say that reviews have found problems with funding cuts and ‘ballooning caseloads’ recognising that these problems ‘require action in a number of areas’, but citing Munro, Josh feels that ‘Of particular note is the quality of the workforce’, in other words, the problem is ‘us’. Looking at the calibre of applicant to study Social Work Josh found that only 5.6% came from a ‘top university’. Josh feels that the Social Work recruits are a triumph of quantity over quality. Josh then makes the point that we are not trusted as a profession, equating the level of trust that the general public has to that of the Police. He feels this lack of trust may be attributed the public realising that there is low proportion of graduates from Russell Universities starting Social Work degrees.

The other phrase that seems to pop up regularly in Josh’s paper is ‘social enterprise’. Now forgive me if I’m wrong, but isn’t that an organisation which makes profit, albeit one that puts the profit back into the enterprise? The question popping into my head at this point is ‘where does this profit come from’? The way I understand it Frontline is the social enterprise and it will be run independently from government and employers, but would form relationships with ‘other charities and corporate supporters’. I can almost smell Richard Branson’s interest from where I am sitting.

In a nutshell the ‘problems’ of Social Work are down to the calibre of person applying to be Social Workers and by implication the low calibre of the current workforce. He does at least make a nod to the issues of funding and caseloads (intrinsically linked surely?), but it doesn’t suit his cause to dwell on that.

Firstly I want to say that Social Work is not a profession without problems, public perception is poor, funding is being cut and as a result caseloads are ‘ballooning’. I do not deny his figures re the recruitment of Russell University graduates either, although I would argue the weight of significance Josh gives this.

But will Frontline address any of these issues in any significant way? I do not believe for one moment that an increase in graduates from Cambridge or Oxford would increase our standing amongst the general public. I would be interested to know how many members of the general public could actually name a Russell University, or care if their Social Worker (if they have one) had been to one? The next time a child dies and a Social Worker is implicated would the university they went to become a positive aspect of the media reporting (and lets be clear, much of what the general public think of us is led by the media)? Essentially we are being asked to accept that there would not be as many child deaths if a higher proportion of Social Workers came from a Russell University. A bold claim and one that I would say Josh’s paper does not make a good enough (nice Social Work term there) argument for.

So what do I think Frontline may achieve? Well, there are 18 mentions of ‘leadership’ in the paper, here’s a sample:

So I believe a widespread adoption of Frontline will eventually achieve Social Work being  controlled by Russell University graduates, who will have been backed by a social enterprise with links to the corporate world. A perfect recipe for privatisation and the service we provide being turned into a business.

But I didn’t go to a Russell University, so what do I know?

Courtesy of Updates from a Frontline Child Protection Team

No responses to “Frontline, the saviour of social work?”