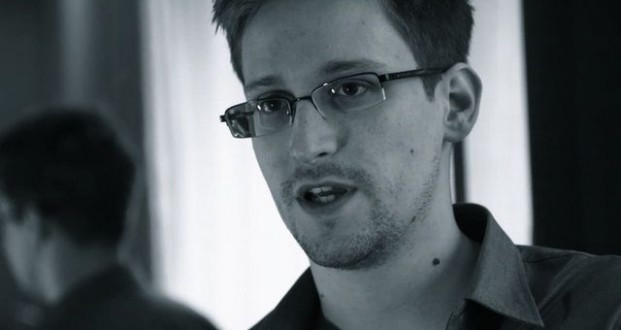 To some people, the PRISM revelations have been deeply shocking. The idea that the authorities could be spying on pretty much all our activities on the internet was something that they had never really believed – indeed, they had thought that those of us who had been going on about this kind of thing were, to be blunt, paranoid geeks. Now that Edward Snowden has brought it out in to the open, that’s not something so easy to maintain.

The initial response of the authorities was to deny it all. The next was to say it was all being misinterpreted, and wasn’t what Snowden was saying at all. Both of those approaches seem to have been largely abandoned – the denials seem hollow, and instead they’re falling back on the old chestnuts ‘we’re doing it for your own good’, and ‘if you’ve got nothing to hide, you’ve got nothing to fear’. Their problem is, it looks as though a great many people simply don’t believe them on either count. Why? Because, I would suggest, the more people know about what’s really going on, the more they care. Now that people know what kind of activities the NSA, the CIA and GCHQ are up to, they don’t like it. They don’t like it at all.

This shouldn’t really be surprising, as it follows a pattern that people who study privacy should recognise. It happens again and again. The more people realise the extent to which our privacy is being invaded, and the ways in which those invasions of privacy can have an effect, the more they want to have their privacy protected. It happens in relation to internet surveillance by the authorities – but it also happens in relation to the way that businesses invade our privacy. It happens with behavioural advertising – the more people know about what advertisers are doing to track us, the more they want it to be stopped, or at the very least limited. That’s why advertisers are so keen to have Do Not Track as an ‘opt-out’ rather than ‘opt-in’: they realise that if they have to actually explain to people what they’re doing in order to get them to opt in to tracking, people probably won’t. The key study on the field, by Turow, King, Hoofnagle, Bleakley and Hennessy (which can be found here) found the following:

“Contrary to what many marketers claim, most adult Americans (66%) do not want marketers to tailor advertisements to their interests. Moreover, when Americans are informed of three common ways that marketers gather data about people in order to tailor ads, even higher percentages – between 73% and 86% – say they would not want such advertising.”

This last point is particularly important. The more people knew what was really going on, the more they cared, and the more they rejected the privacy-invasive practices. The converse also seems to be true: the more ignorant people are about how things really work, the less they care. It should be no surprise that the strongest advocates for the Communications Data Bill (the Snoopers’ Charter) have been amongst those who understand the internet the least. Theresa May and William Hague, in particular, from the pronouncements they make, seem to have almost no grasp of how the internet works – let alone what the impact of the programmes they actually promote would be. Those few MPs who do understand the internet are pretty much without exception strongly opposed to the Snoopers’ Charter, regardless of their political affiliation: David Davis for the Tories, Julian Huppert for the Lib Dems and Tom Watson for Labour.

Perhaps the best thing to come out of the PRISM farrago is a raising of awareness of the issues around internet privacy. The more this awareness is raised, the more chance we have of getting positive, privacy-friendly results – and the more chance we have to fight off the oppressive, privacy-invasive stuff. Tom Watson and David Davis have now suggested that the Snoopers Charter now has ‘practically zero chance of becoming law’ primarily as a result of the impact of the PRISM saga. I hope they’re right. If so, it could be a pivotal moment for internet privacy. I hope so.