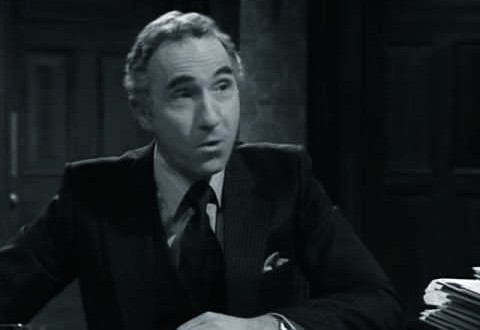 In the fourth of our posts on the political class, we investigate senior civil servants.

This is part of series examining the political class – who they are, what their background and experience is, and what qualifies them to shape and inform public policy. In previous posts we’ve looked at ‘professional politicians‘, in particular the extent to which the Cabinet and Shadow Cabinet comprise ‘political insiders’ who have little practical experience outside of the Westminster bubble; special advisers, a role that has increasingly come to represent an important stepping stone to becoming an MP and frontbench politician; and social policy journalists, who in many ways influence policy by helping to decide what the public debate around it actually is (though they might deny that this is the case).

But what about the senior civil servants who inform, shape and implement policy developed in Whitehall?

At a recent Institute for Government seminar entitled ‘Civil Service Reform: Where next?’, Jon Trickett MP, the Shadow Minister for the Cabinet Office, argued that the “Upper echelons of the civil service [are] “acutely distorted” compared to the rest of the population.” He went onto argue that some groups are “effectively excluded” from the senior civil service, which feeds into “wider dissatisfaction with government”.

We undertook a quick piece of research looking at the career and education histories of the top 38 civil servants across the UK government. What we found isn’t perhaps surprising – the top tier of the civil service is dominated by white, middle aged, Oxbridge educated men. Of the top 38 civil servants, only 16% (6) are women. Exactly half (19) of senior civil servants went to Oxbridge, with Oxford being the institution of choice. This resonates with recent comments from Trickett when he noted that: “Only 1.1% of successful fast streamers from a routine or manual labour background and only 5 people in the top civil service went to a comprehensive school, and the situation might be deteriorating further.”

68% (26) of the civil servants that we surveyed had the spent all or the majority of their career in the civil service. Our particular interest is social policy. Of the top 38 civil servants, we found 5 (13%) who had any experience in frontline public services. Sir Peter Housden, the Permanent Secretary in the Scottish Government, started his career as a comprehensive teacher in Nottinghamshire before transferring to the Local Education Authority, where he worked his way up to be Director of Education and ultimately the Chief Executive.

Sir David Nicholson, the controversial Chief Executive of NHS England, and Una O’Brien, the Permanent Secretary at the Department of Health, both have considerable experience in the health service. O’Brien spent three years as Director of Development and Clinical Governance at University College London NHS Foundation Trust – she also helped to set up the London Lighthouse that supports people with HIV and Aids. Nicholson spent ten years working in mental health services and was Chief Executive of Doncaster and Montague NHS Hospitals Trust before moving into regional and ultimately national leadership roles in the NHS.

David Behan, chief executive of the Care Quality Commission (CQC), was Director of Social Services at the London Borough of Greenwich between 1996 and 2003. He is also a past President of the Association of Directors of Social Services. Unsurprisingly, Dame Sally Davies, the Chief Medical Officer for England, is a trained medical doctor and is a former Consultant Haematologist at Central Middlesex Hospital.

It is also worth noting that three senior civil servants spent much of their career in local government before joining the senior ranks of the civil service: Sir Bob Kerslake, the Head of the Home Civil Service and Permanent Secretary at DCLG; Jon Thompson, Permanent Secretary at the Ministry of Defence; and Lin Homer, Chief Executive of HMRC. Homer is a former Chief Executive of Suffolk and Birmingham Councils, whilst Kerslake led Hounslow and Sheffield.

There are at least three reasons (and possibly more) why the background of senior civil servants is significant.

Firstly, the Government believes it matters. The civil service reform plan published last year promised to “make open policymaking the default”, recognising that Whitehall does not have a monopoly on expertise, especially the practical expertise often necessary for good policy. The closed nature of policy development in the civil service is not a new issue, and neither is the relatively closed nature of its senior ranks; while some progress has been made in opening-up policy and increasing diversity, neither has progressed sufficiently to resolve the “experience gap” that exists, nor to ensure a greater equality of opportunity for talented people from different backgrounds.

Una O’Brien similarly argued in the Health Service Journal that civil servants in the Department of Health are “too remote and detached from the reality of the front line”. She has called for all civil servants in the department to have at least some frontline experience as part of their professional life so that decisions on policies are better shaped around the needs of patients and frontline staff. This will involve a new programme whereby civil servants – starting at the senior level – will complete a four-week placement each year in the frontline as part of their career development.

Secondly, as Una O’Brien has also suggested, the civil service’s detachment from the frontline means that policy making misses out on an important set of insights and experience. This is especially the case when it come to implementation, where the insight and experience from frontline practitioners is vital to understand how a policy is to be rolled out successfully. The lack of frontline engagement undermines the credibility of specific policy proposals (especially among frontline practitioners) and the policymaking process in general.

Finally, as we have written before, our political class doesn’t look like the rest of us, so perhaps we shouldn’t expect the policies they propose and support to ‘look like us’ either. The (still) closed nature of the senior ranks of the civil service, dominated by Oxbridge and civil service insiders, adds to this perception that the political class is out of touch with the everyday life experience of citizens – so feeding the rise of an ‘anti-politics’ that, however understandable, holds few practical solutions of its own to the challenges faced by our public services and society as a whole. We need a more diverse senior civil service – and more diverse influences on policy.

No responses to “The political class: senior civil servants”