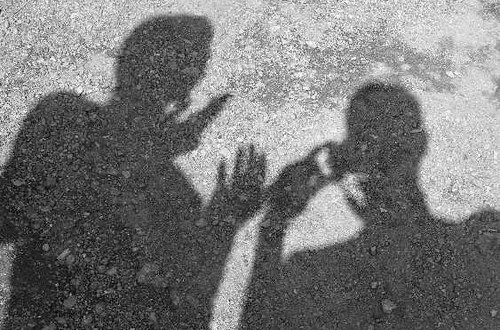 This is the first in a series about the political class – who they are, what their background and experience is, and what qualifies them to shape and inform public policy. First up: special advisers.

The Government last published the list of special advisers in October 2012; since then we have seen the appointment of two new Cabinet Ministers and so presumably a new group of special advisers, however as far as we are aware the list hasn’t been updated. Blogger Guido Fawkes has reported that at least five additional advisers have been appointed who did not feature on the October list. The number of special advisers has become particularly politically sensitive, especially since the number has now surpassed (according to our research) the previous record of 85 held by the Labour Government in 2004. Perhaps this explains the lack of up-to-date, easily locatable information.

We undertook a quick piece of research piecing together the latest list of advisers from a variety of different sources, and identified information about the academic and career background of advisers using LinkedIn and other sources such as Dods and PR Week. We used a broad definition of ‘adviser’, to include policy/media advisers as well as official special advisers. We found 97 advisers working across government; 41 per cent are women (including three women who are on maternity leave). We were also able to track down the academic backgrounds of 53 out of the 97. Perhaps unsurprisingly, nearly half (45 per cent) of advisers attended just two institutions – Oxford and Cambridge.

In terms of experience, we were able to track down the career history of 80 out of the 97. Over half (58 per cent) had been a political adviser before becoming a special adviser, and one in four (24 per cent) had worked in communications, PR or public affairs (the firms Hanover and Bell Pottinger feature strongly). We could only find a small number of advisers who had experience from the private sector, including Giles Wilkes (IG Markets) and Chris Nicholson (KPMG) – both Liberal Democrats.

Our area of particular interest is social policy. Eight advisers have experience of working in the voluntary sector, although only two have what might be regarded as practical experience – Shaun Bailey who co-founded the youth charity My Generation and Philippa Stroud who set up the Christian homelessness charity the Kings Arms Trust.

Two other advisers have some type of practical experience. Julia Goldsworthy spent a year as a Regeneration Officer working for Carrick District Council before she was elected as an MP in 2005, and Alan Sendorek is a volunteer mentor with the Access Project and a school governor. In addition Jonathan Caine, who works in the Northern Ireland Office, has been a special adviser to four Secretaries of State – Peter Brooke, Sir Patrick Mayhew, Owen Paterson and now Theresa Villiers.

The close connection between (some) think tanks and government is evident in the career history of current and ex-special advisers. Of the 80 people we were able to unearth career histories for, 15 advisers have worked in a think tank. The Centre for Policy Studies and Policy Exchange feature strongly, with Jeremy Hunt (Sam Talbot Rice), Theresa May (Stephen Parkinson), Nick Hurd (Shaun Bailey), George Osborne (Neil O’Brien) and Chris Grayling (Amy Fisher) having appointed advisers from these two think tanks. Policy Exchange, Reform, the Taxpayers Alliance, ResPublica and the Institute for Fiscal Studies are also represented in the backgrounds of the current group of special advisers. Similarly, Centre Forum is clearly the think tank of choice for Liberal Democrat ministers including Nick Clegg (Julian Astle), Ed Davey (Chris Nicholson), Dr Vince Cable (Giles Wilkes) and David Laws (Dr Tim Leunig). Nick Clegg’s former Director of Strategy Richard Reeves was also previously Director of Demos. It’s also interesting that Nick King, who co-founded one of the newer think tanks the Sports think tank, was recently appointed as a special adviser to Maria Miller, the Culture Secretary. There’s also a revolving door between government and ‘thinktankland’ – Sean Worth and James O’Shaughnessy both recently left government to join Policy Exchange.

The Fulton Committee of 1966 set up by Harold Wilson to review the Civil Service said that special advisers should be “men and women of standing and experience”. Does working in PR, journalism or a think tank for a few years count? Perhaps not in many people’s view.

More broadly, there is a lack of clarity about the role of a special advisor and what policy areas they are responsible for giving advice on. The House of Commons Public Administration Committee conducted in an enquiry in 2012 into the role of special advisers and published a report which called for information about special advisers to appear on departmental websites including “advisers names and a description of the policy areas in which they work and the types of tasks they undertake, alongside the equivalent information about ministerial portfolios and the responsibilities of members of the Departmental Management Board.” The Public Administration Committee also recommended that ministers: “notify the relevant departmental select committee whom they have appointed as a new special adviser, setting out that individual’s responsibilities and their qualifications for the role, including why they believe him or her to be of suitable ‘standing and experience’.“

Neither of these recommendations has been adopted by the Government.

Special advisers occupy an important role in the political class. They can have a significant influence over ministers and government policy. They also often form the next generation of politicians – as demonstrated by the careers of David Cameron, George Osborne, Oliver Letwin, David Willetts, Vince Cable, Lord Hill of Oareford, John Redwood, Matthew Hancock, Ed Miliband, Ed Balls, Andy Burnham, Liz Kendall and Lord Adonis. Given this, isn’t it reasonable to expect, in an era of supposed ‘open government’, that we know who they are, what exactly qualifies them for their role, and in particular what practical experience they bring to shaping public policy?

No responses to “The political class: Special advisers”