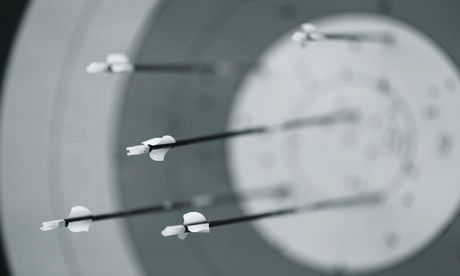 Targets: designed to delay our post and get us drunk?

These plans might not be written down but you can work them out for yourself. Here is a selection I found. Some are more grim than others:

Plans for not enjoying the countryside

Plans to slow down trains

First Transpennine Express plans for 13% of their trains in the North West to run late, i.e. arriving 10 minutes later than their advertised arrival time.

Plans to keep us waiting even longer in A&E

In the UK, NHS Accident & Emergency departments are expected to have plans in place to keep 5% of their patients waiting for longer than 4 hours.

The Kent & Medway Road CaRe Group has a target of 46 children killed or seriously injured on their roads in 202o.

Plans to keep us waiting on the phone

HMRC has ambitious plans to keep 20% of callers waiting on the phone for more than 5 minutes.

Plans to keep children from achieving at school

In their overall Business Plan, West Sussex County Council are committed to 35% of children not achieving an expected level of development in 2013.

Plans to get us very drunk

Portsmouth has challenging plans to admit 1804 people into hospital for alcohol related problems per 100,000 of the population.

In 2012, Royal Mail planned to deliver 7% of our First Class mail late.

Plans to slow down fire engines

Shropshire Fire & Rescue Service plans this year to arrive at an emergency incident with fewer than 4 fire fighters or after 15 minutes on 13% of occasions.

Plans not to solve crime

Police officers in Oxford have been challenged this year by their tough new Police Commissioner to keep 82% of reported burglaries a mystery by not solving them.

No responses to “Targets: designed to delay our post and get us drunk?”