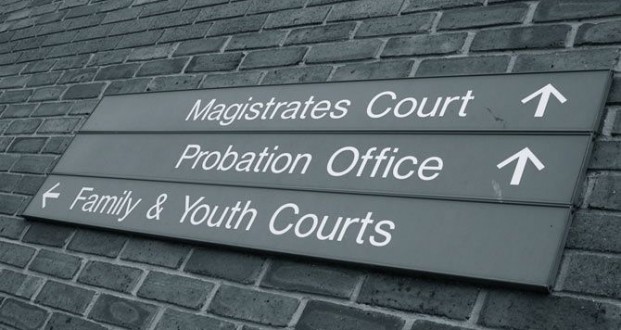 In December 2010, when this blog was still relatively new and I was in a particularly depressive state of mind, I published an ominous-sounding piece entitled ’10 Reasons Why Probation is Finished.’ Given our present predicament, I thought it might be instructive to revisit and reflect upon it, but be warned, it is not suitable for those of a nervous disposition or if prone to emotional outbursts.

“As we head to the end of one year and the beginning of another, I find that I’m in a particularly sombre and increasingly angry mood, hence the stark title of this piece. I know I’m prone to being a pessimist, but those who really know me are aware that throughout my career I have always tried to be positive. I’m by nature a fixer of problems - you have to be to be a Probation Officer in my view. But a good Probation Officer should also be able to analyse a situation and sort the wood from the trees. Talking my profession down gives me no satisfaction at all, but there comes a time when we have to recognise the direction of travel and face up to some uncomfortable truths. Only then can we begin to do something about the situation.

The following is my analysis of where I think we are and where we are heading and it’s not good. I seriously believe we are destined for the same treatment as the Forensic Science Service whose demise was announced last week with little ceremony. If others think I’m wrong, misguided or over-stating the position, then please tell me.”

1) Ken Clarke can’t stand the Probation Service for some reason and hasn’t mentioned it once since taking up office as Justice Minister. This does not bode well for the Minister responsible for the Service to come to its aid. Indeed I think the groundwork is being prepared so that he can ’do a John Reid’ and declare the whole thing ’unfit for purpose.’

Well that’s pretty much what’s happened. Ken Clarke was a pussy cat compared to Grayling. There isn’t even a minister with probation in their official title any more. Despite some warm but half-hearted words from ministers on occasion, most can’t stand us because they don’t know what we do, a situation that makes it very easy to marginalise us and plot our demise.

2) The Coalition government are privatising Approved Premises and Community Payback, so have a very clear agenda of wanting to see the Service slimmed down and operated more cheaply. In relation to Unpaid Work, the government obviously feel that the current ethos would not be conducive to the implementation of a tougher work regime.

In the end the government ducked out of privatising Community Payback, largely because they decided to go for the ‘big bang’ approach, abolish trusts and privatise virtually the whole thing. London was the exception and serves to indicate what is likely to happen when cost savings are introduced by private contractors such as Serco. There will be less supervision, redundancies and a one-size-fits-all approach to clients.

3) Pre-sentence reports have been ‘dumbed-down’ and are rapidly becoming useless as sentencing documents. This is all too clear to people who have been around for a while. Together with the inexorable growth in short format FDR’s, even at Crown Court, it will only serve to convince sentencers that they can largely dispense with PSR’s completely.

The number of PSR’s being prepared continues to fall, but incredibly the courts seem oblivious to the reduction in quality brought about by them being OASys generated. It does make you wonder if they ever bothered reading them thoroughly in the past? Maybe we’ve been largely wasting our time all along? The lack of critical comment regarding the change to OASys computer formatted reports has been truly astonishing to me.

4) There is an inexorable move towards PSO’s doing the work of fully qualified PO’s. I predict that the full role of PO will be undertaken by PSO’s in a couple of years. The training has already been dumbed down and there is a growing chorus from PSO’s that PO’s weren’t that skilled anyway. This is great news for management because they are much cheaper to employ.

Well we now know that virtually all PSO’s will be destined to transfer to the privatised service, leaving most PO’s as civil servants within a rump public service looking after the high risk cases. It’s inevitable that terms and conditions for PSO’s will deteriorate under the auspices of the private and third sector contractors. The future for the probation profession in terms of training looks bleak with the only glimmer of hope coming from the formation of a professional Probation Institute.

5) The Probation Unions refuse to acknowledge Payment by Results as worthy of field trials. I have repeatedly said that this stance is a big mistake and arguments about it not working are utterly futile because if necessary, the figures will be fiddled to prove otherwise, just like all those in the past. Oh, of course it just might work too. I think the public image of NAPO looks tired and needs sharpening up.

I’ve probably been a bit naive about PbR, but as originally proposed it was about levering in new money from charitable sources in order to fund work with those sentenced to less than 12 months custody. But the idea has proved so attractive to politicians as a ‘silver bullet’ that no trials are felt necessary because it will be made to work, or more accurately fiddled so it appears to work. As for Napo, it needs taking by the scruff of the neck and shaken hard.

6) Probation Trusts continue to support large Head Offices at the expense of field offices. I continue to be amazed at the size of the management bureaucracy, just as local offices are being shut to save money. One Assistant Chief is currently trumpeting a ’going local’ initiative at the very time that he’s closing a local office. Such humbug will not go unnoticed. The same Service is introducing a leave purchase scheme to save money with each officer being able to buy up to 30 days extra leave a year. That not only says a great deal about current attitudes to the job, but I wonder who is expected to cover for all these missing people when caseloads are so high?

The closure of field offices and retreat into ever-larger out of town bunkers has continued apace, whilst the Head Office bureaucracies have remained largely intact. Utterly inexcusable, but the inevitable product of our having fully embraced managerialism with gusto. Our profession has not been served well by senior management in recent time and a great deal of the blame for our current predicament must lie at their feet.

7) The Service has no unified public identity, national champion or high profile leadership. Since the control freak government of Tony Blair, Chiefs of Probation have been effectively silenced and have yet to find an effective voice. The new Chiefs Association has been ominously silent for a couple of months now, and even before only spoke in relative hushed tones. There is no longer any central Probation Management, it having been completely dismantled and subsumed into a prison-dominated NOMS.

The probation voice has all but disappeared with no senior people within NOMS and a gagging order placed on probation staff. The spokesperson for the Chiefs is a former civil servant and accountant who is simply unable to speak authoritatively on behalf of the profession. Napo centrally has imploded amidst scandal and significant departures and may never recover in time to mount an effective defence.

8) The public simply do not understand what the Probation Service does. This is extremely handy for a government intent on breaking the whole thing up. There will be absolutely no public opposition to our demise.

The public still don’t understand what we do and neither do most politicians. The No10 petition has struggled to make 21,000 signatures, as opposed to that in relation to the proposed cuts in criminal legal aid. With no real understanding and appreciation of what we do, there will be virtually no public opposition to our demise.

9) The Service is paralysed with bureaucratic processes which hinder client contact. The imposition of OASys was utter ill-thought out madness and has done more damage to client contact and morale than any of the worst excesses wreaked on our Service in living memory. Can I remind people that, far from management having the bottle to admit this, the real driver behind them imposing the short format FDR’s is that they cunningly avoid a full OASys.

Unbelievable I know, but things are now much worse with the national roll-out of the utterly frustrating and time-consuming nDelius case recording system, together with OASys R proving to be incapable of producing a professional-looking PSR for court. Not surprisingly the pressure continues to dispense with as many full PSR’s as possible in the name of efficiency and speeding up justice. An absolutely key part of the job ruined by an IT disaster resulting in probation reports being increasingly marginalised and more of our time spent on the computer instead of seeing clients.

10) The architecture is in place to facilitate the dismantling of the Service. Together with the powers contained in the legislation that set the National Offender Management Service up and the compulsory transition to independent Probation Trusts, the government would find it administratively very easy to transfer all probation functions to any organisation it felt appropriate.

Well this has certainly proved to be the case with Chris Grayling intending to make full use of the legislative changes so handily provided by the last Labour government in order to effect its privatisation and without having the trouble of going back to Parliament. Of course Labour now cries ‘foul!’ But it’s all a bit late in the day thanks to Tony Blair listening to Carter all those years ago and his crazy ideas of ‘introducing a bit of tension’into the system. We really could be finished guys.