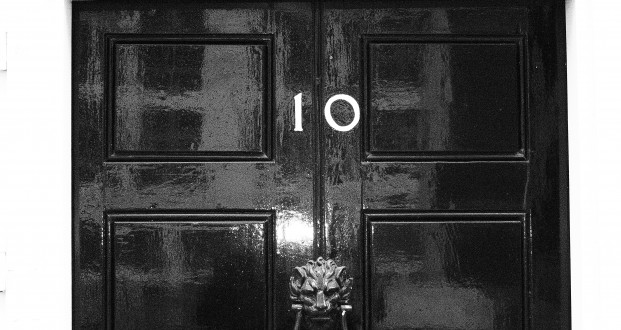 Political parties need to go ‘guerilla’ if they are to survive

We’re in the middle of party conference season, and while the political establishment gathers excitedly in Brighton, Manchester and Birmingham, the public are unlikely to following the speeches and ‘debates’ with the same fervor. This lack of interest in the party conferences is not connected to voter apathy; in fact a recent Ipsos MORI poll found that 58% of respondents said that they were interested in politics. Fraser Nelson summed it up well last week in The Spectator where he argued that political parties are dying because the general public is underwhelmed by what they have to offer. The conference season is now the domain of party hacks, lobbyists and general hangers on rather than ordinary party members or citizens.

This week The Economist noted that between them the three main UK parties have fewer members than the Royal Society for the Protection of Birds. The declining interest in the main political parties is also illustrated by their web presence. The Labour Party’s site is the most popular out of the three main parties, ranking 5,057th in the UK according to Alexa.com (which tracks traffic over a three month period), followed by the Conservative Party (15,040th) and Liberal Democrats (19,346th). Party activists, especially on the right have broken out and embraced social media including by establishing blog sites - ConservativeHome, ranked 3,084th, is far more popular than the Party’s own site, and also outperforms both Labour List (13,869th) and Lib Dem Voice (42,124th).

However it is the ‘upstarts’ like 38 Degrees, the Taxpayers Alliance and Mumsnet that are shaking up the world of political campaigning and mobilising. Over a million people have joined 38 Degrees, the Taxpayers Alliance has more members than the Liberal Democrats, whilst Mumsnet is ranked as the 441st most popular website in the UK. These numbers point to a worrying trend for the main political parties – these guerilla operations, which operate well outside of the Westminster village, are passing them by. All of them have led successful campaigns that have directly shaped policy, from the prevention of the sale of the forests, to opening up public spending by councils.

The main political parties are only beginning to attempt to play catch up. At this week’s Labour conference Angela Eagle, the Chair of the National Policy Forum announced the creation of an online policy hub called Your Britain to shake up the way Labour develops policy and their next manifesto. She described it as: “…an electronic ‘town square’ for the Labour movement and the communities beyond. People can get involved by commenting on current policy proposals, propose new ideas and join in with an online discussion.” Eagle also talked up the role ‘crowdsourcing’ could play in finding new ideas. Your Britain is not yet live and it is hard to find out any more information about it other than what was contained in her speech. It is therefore far too early to judge whether this represents a shift in how Labour develops policy or just forms the basis of a good press release.

The Miliband brothers have enthusiastically embraced the idea of community organising as a way to connect local communities to politics and policy (borrowing heavily from Barack Obama’s grassroots campaigning machine). David, as part of his campaign for Labour leader, committed to recruiting and training 1,000 community organisers through his Movement for Change vehicle. Whilst Ed has drafted in Arnie Graf from the US to develop Labour’s community organising capacity. Stella Creasy has demonstrated the potential for community organising to galvanise a community around a particular policy through her high profile campaign against loan sharks in Walthamstow.

On the right, open primaries to select Westminster candidates (another innovation borrowed from the US) have been used to re-connect communities and politics. Sarah Wollaston, MP for Totnes, is the most famous of these candidates, although she has caused trouble for the party business managers because her independent approach has meant that she is not always prepared to follow the party line. In Plymouth the local Conservative Party Association ignored the results of an open primary because they did not like the candidate that local people chose (former Council Leader Cllr Patrick Nicholson). Despite the initial enthusiasm, the party machine has resisted wider adoption citing concerns about cost and watering down of the influence of party members.

Despite these innovations, politicians are still failing to convince voters that political parties in their current form are vehicles for effecting policy change. This is because the political innovations described above are ‘add ons’ rather than a fundamental rethink of how political parties are organised. The Pirate Party, which we have talked about before, shows a very different way of organising a political party by embracing fully the principles of openness, transparency, honesty and accountability. The party’s website is also ranked 254th in the UK. What is needed is a re-invention of the party political model, not tinkering at the edges. Our own effort, Guerilla Policy, is just at the beginning of considering a fundamentally different way of organising a think tank, for instance the potential of social media to develop policy in an open, honest and transparent way (we’ll be announcing another new project soon).

Compared to some other countries, the main political parties in the UK have been relatively stable for the past sixty years, but the decline in party loyalty, their share of the vote and membership means that they cannot assume this will continue in the future. The Labour victory in 2005 was on the lowest share of the vote ever by a governing party at 35.2%. Other western democracies such as Germany, the Netherlands, New Zealand and Canada have all seen significant upheavals in their political parties. The Amazing Mrs Pritchard was a BBC drama shown in 2006 which presented how this could happen in the UK. Given the rise of social media and the decline in party loyalty among the public, such a scenario seems much less unlikely now.