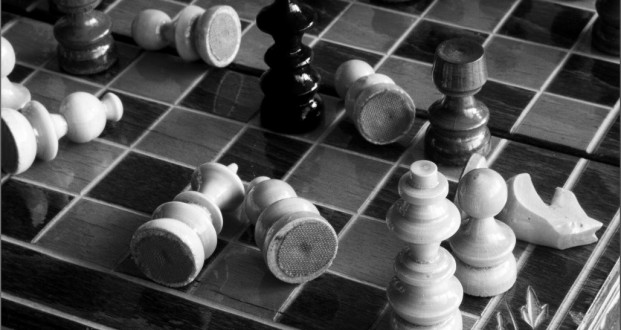 Yesterday was the beginning of the committee stage of the Offender Rehabilitation Bill in the House of Commons. I watched a bit of it, mostly the minister, Jeremy Wright MP, going into some detail as to why it was perfectly acceptable to use the 2007 Labour probation legislation to force through the TR omnishambles.

When I see this guy performing, I don’t see a conviction politician, so much as a smart barrister perfectly at home going through the professional motions of doing as good a job as possible, having been given a hopeless brief. We have Carter and Blair to thank for this bloody mess and as he was speaking I found myself thinking, ‘yes let’s concede that he’s right - the last lot did intend privatising probation, but didn’t for whatever reason, however it’s still a shit idea!’

I don’t know if it’s true or not, but according to some tweets I saw, apart from the minister, not one member of the government side was prepared to speak in favour of this incredibly bad and dangerous plan. Meanwhile, the service is beginning to fall apart with numerous highly experienced officers deciding that NPS is going to be a ‘poisoned chalice’ rather than a ‘safe haven’ and are urgently planning exit strategies.

The following e-mails graphically illustrate the situation as unfolding in London, but I’m sure the same is being played out elsewhere. Clearly both were written in haste as there are at least two omissions and errors, but I feel it’s important to reproduce both as I received them:-

David Masterson (Branch Vice Chair) and I attended a meeting this afternoon which we thought would be just another one of our regular meetings with local senior management to exchange information. We were going to these meetings because, as I have said previously: “I believe we can best represent the interests of members if we are as well informed as possible”.

Imagine our surprise when we were presented with an agenda entitled “Formal Consultation Meeting with Trade Unions” and a thick file containing a set of documents that had NOT been agreed at the National Negotiating Committee.

Having established that this was JUST an Information Sharing Meeting we were given a presentation by Tim Pagan as to how exactly LPT planned to implement the instructions of the MOJ.

LPT’s plans to “split” the staff relies almost entirely on a scoring of your caseload on 11th November 2013. It was claimed that this was a “fair and transparent process”. Administrative staff will “follow” the work but if this does not achieve the desired split they will be allocated on a “random” basis.

In a discussion about the appropriateness and reliability of the scoring system Tim Pagan rather gave the game away by referring to those whose scores might lead to them being allocated to a CRC as being “punished” and there was us thinking that the CRC’s would offer scope for “challenging and innovative work”.

The Probation Board is meeting on Friday 29th November to consider these plans. I have no hope that they will against them and the full horror of what this process will entail will be shared with staff after the meeting.

In my opinion LPT is going to “roll over” and  implement Chris Grayling’s dastardly plans. Assignment letters and expression of interest letters will go out next week.

You all need to think about this very seriously. On the basis of the information we were given today many of you will be transferring to a CRC which will eventually be put out to tender.

REMEMBER WHAT HAPPENED TO YOUR FORMER COLLEAGUES WHO WENT TO WORK FOR SERCO.

Please read the recent mailings from our national office. They explain in detail what is happening and why NAPO has taken the position it has.

I urge you all to continue with the industrial action and only work your hours.

WHY NOT? WHAT HAVE YOU GOT TO LOSE?

I also urge you all to follow the advice and lodge an individual grievance when you get your letter. I am here to help you.

The following is an e-mail from Heather Munro, CEO of London Probation Trust:-

As outlined in the update issued yesterday, LPT has received formal notification from the Ministry of Justice (MoJ) that the national negotiations between the employers and trade unions have concluded without reaching a final agreement on the Transforming Rehabilitation staff transfer and protections scheme.

We met with the trade unions this afternoon to continue our local discussions and we shared a range of information and have discussed LPT’s approach.

We are aware that other Trust’s have issued documents about the Transforming Rehabilitation process, after listening to our unions we have decided to await a decision from the LPT Board before taking any further action.

The LPT Board will be meeting on Friday 29 November to consider its position and subject to advice from the national employers (the Probation Association) with will publish more information for all staff on Friday afternoon.

No responses to “End game”