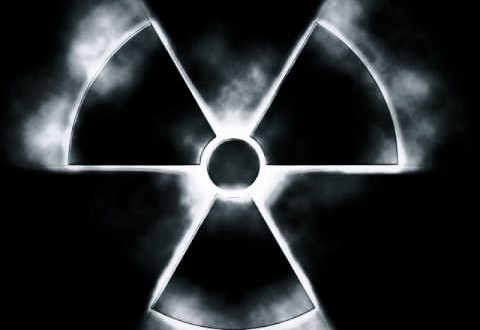 You sort of know things are going pear-shaped when you start seeing influential people like Dame DeAnne Julius, a former member of the Bank of England’s Monetary Affairs Committee, rushing to the aid of outsourcing. As quoted in this Public Service website, she remains confident that a little difficulty over G4S and Serco shouldn’t put anyone off the idea as:-

“the private sector could in many cases run services more efficiently and more effectively than the public sector.

“Using a specialist provider whose reputation and share price are on the line, commissioned and monitored by an in-house procurement team, results in higher reliability, better quality and cost savings – it is better than doing it yourself,” she said in an article for the Financial Times newspaper.

“It’s a hat-trick too good for the public sector to pass up, especially when money is tight.”

Julius said it would be wrong to “condemn” the outsourcing industry, over the latest overcharging accusations, especially before investigations had concluded.

But as the BBC’s Business Editor Robert Peston discovered, potential bidders for government contracts like probation are now seriously rattled by what’s happening:-

The boss of another outsourcing company - not Serco or G4S - told me the incident was tainting the sector. This chief executive told me: “My shareholders are telling me not to touch UK government contracts with a barge pole, if I can possibly help it, that I should look for any business rather than UK government business”.

Interestingly, he’d been to interview the Chairman of G4S, John Connolly, and he didn’t mince his words in adding fuel to the spat with Chris Grayling by in effect saying the Minister had been a little economical with the truth:-

“Mr Connolly did not give a view on why Mr Grayling had not made clear that it was G4S which had opted to call in the SFO.”

It’s clear that G4S mean business seeing as they’ve instructed Linklaters, a very expensive firm of lawyers not particularly known for pussy-footing about.  I think it’s possible that the Ministry of Justice and HM Government generally might be about to be reminded as to the importance of contracts and sticking to them.

Meanwhile, as this piece in the Observer makes clear, in this brinkmanship initiated by Grayling, it will almost certainly end in tears, causing someone some serious damage as well as unsettling the whole outsourcing sector:-

Unlike its rival Serco, which faces similar allegations, G4S has refused to submit to an independent probe of its tagging work – Grayling’s preferred option. That has raised the stakes, locking Grayling and Ashley Almanza, the new G4S boss, into a game of brinkmanship. All of a sudden, it is hard to see how they can both escape unscathed, and the affair now looks like it could easily be the undoing of one of them.

Meanwhile, parts of Almanza’s counterclaim have been emerging. The G4S boss blames the court and prison services for failing to formally end curfew notices to which the billing process was linked.

Whether such an argument has legal merit or not, it is surely devastatingly toxic for G4S’s reputation. Was it really prepared to keep taking millions from the taxpayer for offenders whose need for monitoring it knew to be non-existent? Or was there negligence at play? Neither sit well.

There will be some who cheer Grayling for airing suggestions of impropriety at G4S so publicly in the Commons, and hitting the recalcitrant firm where it hurts – in the share price. But on careful reading, his message was a little confusing. As G4S was quick to point out, despite his forthrightness the justice secretary did state at one stage: “I have no information to confirm that dishonesty did take place.”

It all looked so different back in October last year when this article in the Independent quoted Harry Fletcher, then Assistant General Secretary of Napo:-

Large companies such as G4S and Serco will win the lion’s share of contracts to run probation services, unions forecast last night after David Cameron announced a drive to slash levels of reoffending by hardened criminals.

The National Association of Probation Officers (Napo) predicted that most probation services that are outsourced would go to large companies rather than charities or voluntary groups.

Bidders are likely to include such firms as G4S, Serco and Sodexo, which run England’s 14 private prisons. Downing Street yesterday insisted the scheme would be designed in such a way as to enable charities to partake.

But Harry Fletcher, the Napo assistant secretary, said: “It’s a certainty that large security companies will win virtually all the contracts. It is they who can afford to subsidise bids under a payment-by-results system.

“Charities that can’t afford to bid will go out of business and standards will fall.”

I wonder how many bidders of any size there are left in the dutch auction for probation work and that are still interested in getting stuck in to this omnishambles, especially now that it’s all turning toxic?

No responses to “Things are turning toxic”