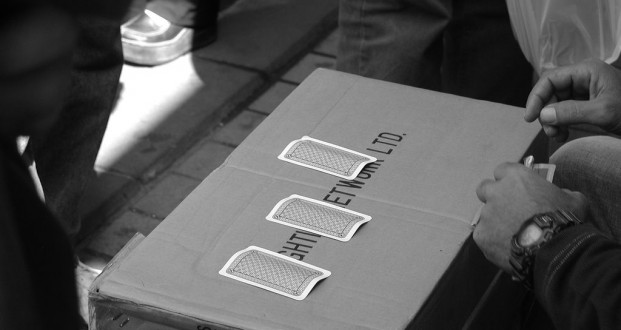 I sent you an email on 8/9/13 raising concerns about a Government policy. I received a ‘reply’ from a Department of Health official (for my original email and the reply, see below). A first year GCSE student would have no trouble seeing that this is no reply at all: it is a bland, seemingly innocuous, description of the ‘pilot’ into general practice without boundaries. It does not address my concerns at all (1).

I ended my first email with a quote from my submission of May 2013 to the Health Select Committee:

I am making what is a serious and unsettling charge. The people involved in promoting this policy (ministers from both Labour and Conservative parties, and policy makers at the Department of Health) are trying to implement a policy which by its very design will cause primary care services to malfunction and cause real harm. These people have not done an honest risk assessment. They have promoted the policy in a very biased and misleading way. The result is that they have misled Parliament, journalists, and the citizens of England. If this policy were a financial product, it would be deemed mis-selling. In some senses, it is fraudulent (2). The DH reply only reinforces my hypothesis that this policy is a scam, a deception, a confidence trick.

I have been following the development of this policy for over 3 years now. I have not been able to find an example, a metaphor, which would help people to understand the sheer stupidity of this policy. And then last week I came across a news item that I think is of help. Briefly, it is this: a British entrepreneur was convicted in April 2013 for fraud; his fraud was selling bogus bomb detectors to the Iraqi government. He made a lot of money; the bomb detectors did not work; innocent people were blown up; these bogus devices are apparently still being used in Iraq to ‘protect’ the citizens.(3)

I believe this story, this parable, offers a structure that helps make sense of the policy which you, as Secretary of State for Health, have inherited. There is a product, a technology, which is said to perform a function (detect bombs, avoid disasters); the technology is marketed (presumably there was promotional material; presumably it came in a box with reassuring messages on the box); the buyer is persuaded to pay for the technology; the technology is put to use; the technology does not work.

(This sad, shocking story raises a number of questions which I will not address here; but one question is this: why did they not test the device? Presumably the entrepreneur and his firm told the buyers that it had been tested, perhaps they said the device was already being used in other war zones).

Now let us come back to the policy of abolishing GP practice boundaries. British general practice is a complex technology which by its very nature is local, geographically based. Our experience has been that when people move away from the practice area it is no longer possible to look after them properly, especially if they are unwell. So when I heard politicians saying that boundaries were old fashioned and limited choice I was bewildered. I heard Andy Burnham say that this policy would transform the NHS from ‘good; to ‘great’, that poorer patients would be able to take advantage of services that were offered to richer patients; I heard them say that this policy would promote competition and that this would drive up quality. Most of what I heard was very foolish, it did not make any sense, it was nonsensical, it would simply not work, it would not deliver what they were promising, it would actually undermine our work.

Now just in case you think I am some sort of eccentric, some nutty GP who has an absurd bee in his bonnet, ask yourself this: why did the former GPC Chairman Laurence Buckman describe this policy as ‘bonkers’? And why did the annual LMC conference in 2011 vote unanimously (something unheard of) a motion urging the GPC to resist this policy ‘staunchly’?

So, Mr Hunt, what I am saying is this: the technology your Government are proposing simply does not work. Your predecessors, the various promoters of this policy (politicians, the Department of Health, aided by compliant journalists and think tanks) have presented the public with an attractive box, with catchy packaging, which promises a great technology. But the device in the box is bogus, it does not actually work. Just like the bogus bomb detector. They have done no honest testing of the technology in the box. You pretend to test it, as with the sham pilot and the questionable ‘evaluation’ (4).

You see, Mr Hunt, I understand the technology. This is my area of expertise. And I am saying that the technology that your Government is promoting is very faulty and it will not deliver what you are promising. Either you are all remarkably stupid or you are perpetrating a fraud.

The entrepreneur who committed the bogus bomb detector fraud has been arrested, charged, convicted, and sent to prison for his fraud (but not, apparently, for the harm he has caused to a large number of people).

If I am correct in my hypothesis that the Department of Health and ministers are engaged in a deception, a fraud, then should they be charged? And if not, why not?

So what do I propose? I propose that the Health Select Committee open the box and scrutinise the contents carefully, honestly, dispassionately. But are they capable of doing this? I am sceptical. When the Chairman of the Health Select Committee, Stephen Dorrell, was phoned by a Pulse journalist following my submission in May, he said he was broadly in favour of the policy: ‘Where there is choice different people will have different ways of solving the problem and provided that they are all consistent with the commitment to universal delivery of high quality care then I think that the [option] which allows people to consider different ways of solving shared problems is in the interests of all patients.’ (5) This is typical of the rhetoric that is used when discussing this issue; the word ‘choice’ is inevitably used, ‘high quality’, ‘interests of all patients’. But it means nothing. It is all packaging, spin. It does not address the technical problems at all. Mr Dorrell needs to open the box and look at the technology inside the box, not to approvingly describe the packaging.

There is of course another very important question here that I feel, as a professional and as a citizen, needs to be addressed. What is wrong with the system that we have come to this? How is it that policy has been allowed to develop in this way? This is not just a ‘blunder’.

So perhaps it would be better for an independent body to look at what is in the box.

I would also propose that journalists wake up. Look inside the box, ask if it really performs the functions that the promotional material claims (but, for heavens sake, do not use the DH as your source of information). Ask questions; educate yourselves, try to understand the ecology of UK general practice. If any of you are interested, I would be happy to take you through the issues in plain English. Who knows, there might be an Orwell Prize at the end of it all.

Mr Hunt, you have a real problem here. If you implement this technology the problems will become apparent, the design faults will be exposed. You will no longer be able to fall back on the attractive box and the glossy promotional material. You will not be able to say you were not warned.

In the end, Mr Hunt, you cannot get away from this reality, eloquently stated by Richard Feynman: ‘For a successful technology, reality must take precedence over public relations, for nature cannot be fooled.’

1. The reply from the DH: for reply & my comment; for my first email to Jeremy Hunt

2. For my Submission to the Health Select Committee

5. Pulse article ‘MPs to investigate GP practice boundaries’; I do not think they have actually investigated this issue. Nobody has called me, I have not seen it mentioned in the announcements from the Health Select Committee.